“Everyone is suddenly showing up 25 pounds lighter,” he tweeted.

“What happens when they stop taking #Ozempic?????”

He was referring to semaglutide, which is sold under the trade name Ozempic, a drug developed to treat type-2 diabetes by lowering blood sugar levels and regulating insulin.

Taken in the form of weekly injections, it has been hailed as a game changer for American diabetics because of its effectiveness and ability to improve a patient’s quality of life.

However, more recently, it has become known for its side effect: weight loss.

One study, funded by the manufacturer, found the drug helps suppress hunger and prompts the stomach to empty more slowly.

In the past year, the injectable drug has become increasingly popular with celebrities, tech moguls and TikTok influencers as a quick and effortless way to lose weight.

Twitter owner Elon Musk told fans that he credits his “fit, ripped and healthy” appearance to a combination of fasting and injections of the drug.

Hollywood trade publication Variety claimed that celebrities are forking out $2,200 every month for an off-label prescription of the drug to transform their bodies.

However, as TikTok influencers hail the “skinny pen” as a quick weight-loss fix, diabetic patients who need the drug to manage their condition — and those who have been advised to lose weight for their health — are left in a desperate situation.

If you or anyone you know needs help with an eating disorder:

There is now a severe shortage of semaglutide in many countries around the world.

Australians who rely on it have been told they may have to go without until at least March.

The rush on semaglutide and its popularity on TikTok has coincided with what style writers claim is a global resurgence of the “skinny trend”.

With Y2K-inspired low-rise jeans back in fashion and the hashtag #SkinnyLegend doing the rounds on TikTok, health experts feared a surge in toxic diet culture was imminent.

“We tried this in the 90s and millions of people developed eating disorders,” British actress and body-positivity advocate Jameela Jamil has said.

“We’re not doing this again. We’re not going back. Our bodies are not trends.”

British actress Jameela Jamil says misuse of semaglutide is behind “the notable plummeting of weight” among celebrities. (Reuters: Aude Guerrucci)

“Don’t take the ‘skinny pen’ — or whatever other normalising names they have given — for a new starvation method,” she said.

Semaglutide works by imitating a gut hormone called GLP1, which allows the body to feel fuller for longer and reduces appetite.

It comes in two primary dose levels, one — sold as Ozempic — has been available in the US since 2017 and Australia since 2019 and has primarily been used for diabetes patients because of its ability to manage glycated haemoglobin.

The other option, Wegovy, is a newer, higher-dose version that was approved by the US Food and Drug Administration last year, and works similarly but is prescribed exclusively to patients who want to “eat fewer calories, and lose weight”. It is not yet available in Australia.

Semaglutide can be highly effective, with one study attracting attention last year after finding participants lost on average 15 per cent of their body weight.

“The older drugs that we’ve had for weight management, we’ve had those for over 10 years, some of them we’ve had since the 1950s, like phentermine,” said Amanda Velazquez, who works at Cedars-Sinai Center for Weight Management and Metabolic Health in Los Angeles.

Doctors have been urged to prescribe alternative treatments for diabetes that may be just as effective as semaglutide.(Pixabay)

“Those medications help people lose somewhere around 5 to 10 per cent of their weight. [But] people didn’t pay as much attention to these medications until Wegovy came around.”

As the pens became more and more popular, both options suffered from supply shortages.

This, in turn, worked “like a domino effect”, sparking shortages worldwide and forcing patients to move on to other drugs such as Trulicity, said chair of the diabetes network at the The Royal Australian College of General Practitioners Gary Deed.

TikTok videos advertising to people who ‘may not need the medication’

Health authorities in the US and the UK have confirmed shortages of semaglutide, but have said only that an increase in demand is to blame.

Meanwhile, in Australia, the Therapeutic Goods Administration (TGA) has suggested the drug’s popularity online had sparked the shortages.

“When videos about achieving rapid weight loss with Ozempic went viral on TikTok, the trend was also reported online and across other media,” the TGA said in November last year.

“This triggered a huge demand for the product that the manufacturer was not prepared for, and it quickly developed into a worldwide shortage.”

The drug’s Danish manufacturer, Novo Nordisk Pharmaceuticals, reported that it struggled to keep up with an “unexpected increase in consumer demand” in 2022.

The TGA said it’s investigating what could be unlawful advertising of Ozempic in Australia, and is in touch with social media platforms, including TikTok, to discuss the ways the drug is being discussed online. The drug’s hashtag has received more than 383 million views on TikTok.(Supplied)

The search for this drug has generated more than 383 million views on TikTok, with many crediting it for their shrinking bodies.

Under the hashtag, users share before and after videos of themselves or detail their weight-loss journey.

However, health experts warn it’s not a cure-all.

“I worry that, with the TikTok videos and things like that, it’s broadcasting and advertising to populations who are not in need of this medication, and perhaps using it for the wrong intentions,” Dr Velazquez said.

“We have specific criteria from our national guidelines as to who would benefit most from the medication and, if someone does not meet those criteria, they should not be taking these medications.”

Those taking the injections are required to make changes to their lifestyle, whether that be adopting healthy eating habits and/or increasing their exercise regimes.

There are also the drug’s side effects, the most common including nausea and constipation, while some patients have also reported losing their appetite and no longer finding food appealing.

The drug can also be expensive for patients without insurance in America, costing upwards of $US892 ($1,300) for a month’s supply.

It is much cheaper in Australia when accessed via the Pharmaceutical Benefits Scheme, at around $130 per month.

For most patients, some slightly uncomfortable symptoms may be worth it, but Dr Valazquez said the drug was not recommended for people deemed to be in a healthy weight range hoping to lose a few kilograms.

“We don’t have any research yet for that population who does not meet the criteria [for the drug] to know if there’s going to be long-term consequences for them [using it],” she said.

A study has also found that, once patients stopped taking the drug, they were more likely to gain the weight back.

At the end of the day, Dr Velazquez said, the primary goals was to “make these medications accessible to the patients who need them the most”.

“So anyone who’s taking the medication, when it’s not indicated for them, based off of guidelines, is one less person who can’t take it, who may need it.”

With the drug in short supply in Australia, diabetics have gone online to explain how the run on it has impacted their daily lives.

In one TikTok post, user Asheligh Rae reveals the shortage has been “messing with a lot of people who have diabetes”.

“At the moment, Ozempic isn’t approved purely as a weight-loss drug, even though it can do that,” she explains.

“It’s approved for type 2 diabetics and it doesn’t just help us with weight loss, it helps our pancreas produce insulin, which helps us control our blood sugar.”

Australian mum Caitlyn Cooper lives with an unknown diabetes condition, after years of tests and doctors visits finally revealed she didn’t fit into the category of either type-1 or type-2.

The 33-year-old struggled to find the right medication for her diagnosis until her doctor prescribed Ozempic two and a half years ago.

“It was the first medication where I had no side effects compared to the others. I’ve tried Trulicity, Byetta, Bydureon and all of those had significant side effects for me,” she told the ABC. Caitlyn Cooper has struggled to get access to her diabetes drug for the past 12 months due to an increase in demand.(Supplied: Caitlyn Cooper)

However, her relief was short-lived. A year ago, her pharmacist warned her there had been an unexpected surge in supply, around the same time the drug started being spruiked in Hollywood for weight loss.

Since then, Ms Cooper has been forced to “pharmacy shop”, calling and visiting several chemists in her local area in the hope they would have the life-saving medicine on their shelves.

“I just never know when that stock is going to be in. So if I get stuck … then I’ve got to change [medication]. So it’s [leading to] this inconsistency with my diabetes management plan,” she said.

“And it causes a lot of anxiety because I’ve seen complications with family members.

“I’ve lost my mum, my two uncles to diabetic complications, and they’ve had amputations and my dad had [an] amputation. So, in my mind, I’m very stressed.”

In response to the shortage last year, the TGA advised doctors to limit prescribing semaglutide to people with type 2 diabetes.

However, problems with supply have persisted. Over the past 12 months, Ms Cooper has had to get creative, sometimes halving the doses to make her dwindling supply of medication last longer.

When that runs out, she’s returned to using insulin, disrupting her daily routine and ongoing health recovery in the process.

“Insulin also has side effects … for me, [it] makes me hungry. So, as a result, I want to eat, which then puts my sugars up. So, yeah, it’s been quite difficult.”

For Ms Cooper and others like her, their fate now rests in the hands of the manufacturer.

The TGA has warned it could take another three months to get supply of the drug back under control.

That means the drug won’t be available in Australia until the end of March, 2023, leaving diabetics and those using the drug for weight loss either competing for the remaining stock or scrambling for other solutions.

“It’s a real issue in clinical practices that you’re wanting the best for your patients and, maybe, you chose Ozempic for the patient for very particular reasons, and you cannot use it,” Dr Deed said.

Novo Nordisk said it continued to experience stronger-than-anticipated demand for the drug, which is leading to “intermittent availability” of stock.

However, even with supplies expected to eventually return to normal, Dr Velazquez warned there were other complications the medical community was up against when it came to weight loss.

“The shortage resolving soon is one of the barriers, [but] I think the other thing is like long-standing barriers … weight bias and stigma,” she said.

“We’re plagued with not only in our society and the world, but also in the medical community.”

The shortage comes amid fears that a worrying return to skinny diet culture may persist for some time.

“What I’m not empathetic towards is those people [who] follow the likes of social media icons, and just want to lose 10 kilos to get into that dress for the wedding they’re going to in two weeks,” Ms Cooper said.

“I think that, if we’re talking about these drugs, it should definitely be limited to people with diabetes and chronic health [conditions such as] high blood pressure.” Caitlyn Cooper has been forced to “pharmacy shop” for her diabetes drug, calling and visiting several chemists in her local area.(Supplied: Caitlyn Cooper) 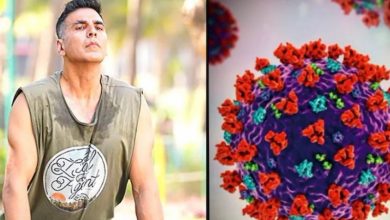 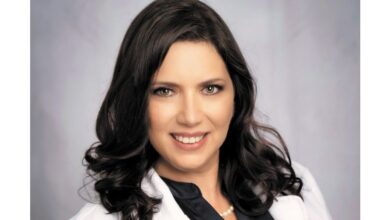 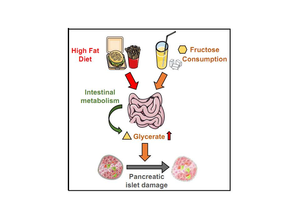 Western diets rich in fructose and fat cause