CINCINNATI — Rachel Roberts first discovered yoga nearly 20 years ago as a way to treat her severe asthma without the use of a steroid inhaler.

She was in her early 20s, living and working in Colorado. A yoga instructor taught her to use breath control to exhale properly. It became something she did in the spring and fall to complement her skiing in the winter and her rafting and kayaking in the summer.

But as she learned more about it, the practice of yoga became more important to her. In 2008, she took the money she made from a home she sold and spent it traveling the world for two years to study with every yoga teacher she could.

Roberts visited 27 countries — almost all of southeast Asia, much of Europe, Australia, New Zealand and, of course, India — learning from the most respected yogis in the world.

She knew when she returned to the US that she wanted to open a yoga studio, and she decided her hometown of Cincinnati was the place to do it. In October 2010, The Yoga Bar was born.

“I was able to find a space and negotiate a lease that made it not terrifying,” said Roberts, whose first location was near Eighth and Main streets in Downtown.

Roberts grew up in Cincinnati and graduated from the School for the Creative and Performing Arts. But she had moved to Colorado to attend Fort Lewis College when she was 18 with no plans to ever move back. She had not been back for long before she opened the yoga business.

“To open a studio without much name recognition was scary,” she said. “The first couple of months were very lean.”

But Roberts persevered, and her business grew. She now operates two locations for The Yoga Bar — one in Over-the-Rhine and one in Newport. She also teaches regular classes off-site at the Contemporary Arts Center and at local corporations.

The Yoga Bar has been so successful that it won a $25,000 low-interest loan in 2014 from the Bad Girl Ventures entrepreneurship program for women. And earlier this year, The Yoga Bar was a client of the year for SCORE Cincinnati, the local chapter of Small Business Administration’s volunteer arm.

“She’s very, very knowledgeable in the art of yoga, and she applied that to her business,” said Hugh Dayton, one of three SCORE mentors who have worked with Roberts to help grow her business.

Roberts credits Dayton for encouraging her to have more retreats through The Yoga Bar. Now, she does between four to seven retreats each year, she said.

“She’s very business-minded,” Dayton said. “She knows her market very, very well, and she’ll continue to grow and be successful.”

‘The More Studios, The Better’

Now 42, Roberts said yoga has become an integral part of her life. She brings the lessons she learned in her travels into her classes. And she has worked to create communities at her yoga studios.

Yoga studios have opened all over town since they first opened The Yoga Bar in 2010. But Roberts said she doesn’t see those other places as competition.

“I think most studios in town work to spread knowledge and work together to grow the pie,” she said. “There are so many barriers for the students to get on their mats. The more studios, the better.”

That’s not to say building the business has been easy.

The first week The Yoga Bar was open, Roberts said she only had 15 students across 14 classes.

“I was terrified,” she said.

Moving the Cincinnati studio to Over-the-Rhine was a big help for the business, Roberts said.

But long-time student Heather Warnke said she thinks there is much more to Roberts’ success than that.

“Rachel, because of her background of having different experiences outside of just yoga, I feel like she’s able to draw from experiences from what someone like myself is going through in daily life,” said Warnke, who is director of Haircare Marketing for Kao, UNITED STATES.

Roberts worked for a skiing company and a resort in Colorado before she dedicated herself to yoga, so she knows what a corporate job can be like.

Warnke was so impressed with Roberts’ teaching that she helped start a yoga class — taught by Roberts — for Kao’s Downtown workers several years ago. Kao’s human resources department liked the idea so much that the company now offers Roberts’ yoga class and a Pilates class several times a week at its Downtown office and its location in Spring Grove.

The three yoga classes get about 30 people each week, Warnke said, although the number grows to 35 or 40 in January and February after the holidays.

“When you’re working and sitting a lot, you don’t get a lot of movement during the day,” she said. “It’s just like that presses the reset button.”

Roberts is particularly savvy about which yoga moves can help relieve the tension in an office worker’s body, Warnke said. She also credits Roberts’ pregnancy yoga classes for preparing Warnke to deliver her son without the use of drugs.

“Rachel just understands people, and she knows what we need,” Warnke said. “It’s not like she’s making you do things for the sake of doing things.”

Mostly, though, The Yoga Bar stands out because of the environments that Roberts has created at her two locations, said Donna Covrett, who has been a teacher at The Yoga Bar almost since it opened.

“She’s created and worked very hard at creating a very strong, interconnected community,” Covrett said. “Not only among the instructors but between instructors and clientele and businesses and the rest of the community. She’s done a very, very good job of connecting all the dots.”

The Yoga Bar’s lounge in Over the Rhine.

Roberts also was smart about the way she launched the business, said Mike Skrzelowski, Roberts’ husband.

“It was a very lean budget, and she kept everything lean,” he said. “It was kind of the minimally awesome product.”

Roberts has built on that product, thanks to the $25,000 low-interest loan she won from Bad Girl Ventures. Her business grew so quickly, in fact, that she repaid the Bad Girl Ventures loan two years early, she said.

For Roberts, though, the key has been finding spaces with soul to house her studios and then infusing those spaces with what she learned during her travels all those years ago.

That’s what has helped create that sense of community at The Yoga Bar, she said, and what has helped her students and teachers connect with people they might not meet otherwise.

“We encourage people to come a little early, stay a little late and get to know the people they practice with,” Roberts said. “Everyone who’s here is doing hard, personal work.”

For Roberts, that hard personal work has built a thriving business.

For more information about The Yoga Bar, go to http://theyogabar.net.

The Yoga Bar in Newport.

Lucy May writes about the people, places and issues that define our region – to celebrate what makes the Tri-State great and also shine a spotlight on issues we need to address. She has been writing about women- and minority-owned businesses in Greater Cincinnati for more than 17 years. To read more stories by Lucy, go to www.wcpo.com/may. To reach here, email lucy.may@wcpo.com. Follow her on Twitter @LucyMayCincy. 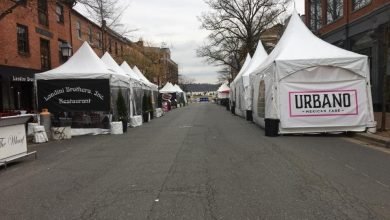 Fees For Dining, Retail Use Of Parking Spaces Considered 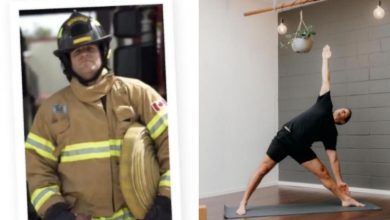 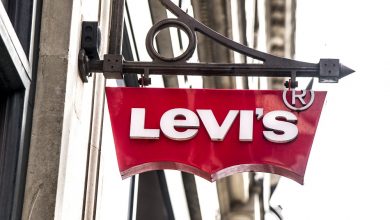 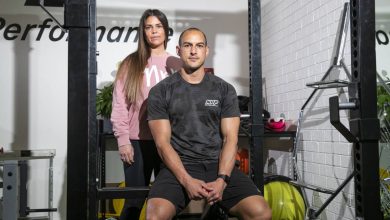