Increasing short-term exposure to ambient grass pollen was associated with reversible obstructive lung function deficits in children with allergic disease, researchers reported in The Journal of Allergy and Clinical Immunology: In Practice.

“Pollen exposure can trigger adverse respiratory outcomes in people with asthma and allergic rhinitis, but the risk of such exacerbations in people with no known allergic respiratory disease or those with other types of allergic diseases such as eczema or food allergy is unknown,” N Sabrina Idrose, MSc, a PhD student and research assistant at the University of Melbourne in Australia, told Healio.

“Children with food allergies or eczema typically have an increased risk of asthma and lower lung function. Therefore, we hypothesized that at least for some of these children, pollen exposure may induce immune activation in the airways, resulting in lung function impairment,” Idrose said.

Children were tested during four grass pollen seasons spanning 368 days total, with 69% of these days defined as having low pollen counts of less than 20 grains/m3, 20% as moderate with 20 grains/m3 to 49 grains/m3 and 11% with high counts of at least 50 grains/m3, as reported by the University of Melbourne School of BioSciences.

Researchers also considered the lag effects of ambient pollen exposure, including 1, 2 and 3 days prior to clinical testing (lag 1, 2 and 3), in addition to the concentrations on the day of testing (lag 0), and they calculated coefficients (coef.) to measure the effect size per each 20 grain/m3 increase in grass pollen within vs. outside the pollen season.

Specifically, there was an association between grass pollen concentration and obstructive lung function in children with food allergy, current asthma, hay fever or eczema, with consistent results for changes in bronchodilator responsiveness (BDR) for FEV1 and FVC.

“We observed the greatest and most consistent increase in risk of reversible obstructive lung function deficits in children with food allergy, with evidence of both large and medium-small airway involvement,” Idrose said.

However, the researchers did not find any evidence of an interaction pertaining to grass pollen sensitization or family history of allergic disease, nor was there evidence for an association between pollen season of testing per se and lung function.

There was also no evidence of interaction between grass pollen concentrations and grass pollen sensitization on lung function or of an association between whether the participants were tested during grass pollen season or not as an exposure. According to Idrose, this suggests that children who are sensitized to grass pollen may not be at risk for airway obstruction on high pollen days.

“However, only 16% of participants were grass pollen sensitized. So, this finding could be explained by insufficient numbers in our sample. We also did not collect data on serum pollen-specific IgE levels, so we were unable to investigate the variation that could have been provided by this measure,” she said.

Overall, the results show that high grass pollen exposure may worsen global airway disease among children with food allergy, but there was no association between grass pollen concentration and lung function in children who were tolerant of food sensitization.

“In children with any allergic disease, most associations were observed at lag day 2, indicating the ambient grass pollen may only affect the lungs approximately 48 hours after exposure,” Idrose said.

“This is consistent with known pathophysiology of induced allergic airway inflammation, where peak immune response to pollen, such as eosinophils recruitment, has shown to occur within 3 days of exposure,” she continued.

Next steps in care and research

With a better understanding of this relationship, clinicians may be able to improve the timing and targeting of their preventive therapy during pollen season.

“Although children with current asthma, hay fever or eczema were shown to have a higher risk of airway obstruction as grass pollen levels increased, the changes in lung function were not as statistically significant as those with food allergy,” Idrose said.

“We speculate that children with these conditions may have poorer lung function at baseline, so the changes may not be as significant and/or they may have their conditions deliberately well-controlled, eg, by using asthma-preventive medications and/or by limiting time outdoors, during the grass pollen season,” Idrose continued.

This is the first study to investigate the relationship between concentrations of grass pollen and changes in lung function among children with food allergy or eczema, according to Idrose.

“If these findings are confirmed in further research, doctors can incorporate this knowledge into practice so that these children are proactively managed for asthma activity during and preferably before high grass pollen clinical periods,” she said.

There were insufficient numbers in this study’s sample to investigate specific food allergies, Idrose said, noting the multiple interactions among allergic reactions that usually coexist within individuals. Further research, she added, will be necessary to determine these associations.

“It will be interesting to see if children with egg allergy respond differently to increasing grass pollen concentrations, compared with children with peanut allergy, and if the associations are still present once those with coexisting allergic respiratory disease are excluded from the analysis,” Idrose said .

In the meanwhile, the researchers wrote, caregivers of children with food allergy need to be educated about the potential adverse effects of outdoor allergen exposures, while doctors should incorporate this knowledge into their clinical guidelines to better manage asthma activity both before and during periods of high grass pollen.

“Pollen communication outreach, which is often a cost-effective tool, could include all families with children with any allergic disease, rather than only those with asthma or hay fever,” she said.

This study confirms clinical experience. Children with food allergy often have other allergic problems such as asthma, eczema or allergic rhinitis. Pollen and food allergens share significant homology, so it makes sense that airborne allergens may trigger inflammation in the nose, eyes and airway — allergic asthma.

These results most certainly line up with my own experience as well. It is often the most allergic children who also have allergy-triggered asthma. It makes sense that allergy season would worsen their asthma control as they inhale pollen.

General awareness that not all asthma is triggered by viruses, which tend to circulate and trigger asthma at the same time pollen is prevalent, is important. Increasing asthma control medications during pollen season and controlling allergic nasal and eyes symptoms as much as possible is very important to reducing asthma exacerbations. Allergy immunotherapy, or allergy shots, may also be a consideration to reduce allergic triggers and asthma seasonally.

An extension study showing whether preemptive modification of allergy asthma therapy in these children prior to allergy season impacts rates of asthma exacerbations would be a worthy clinical study. 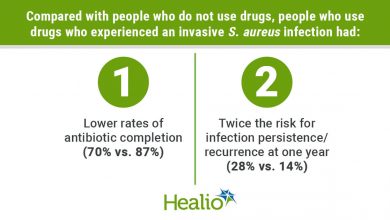 People who use drugs have double the readmission rate for S. aureus 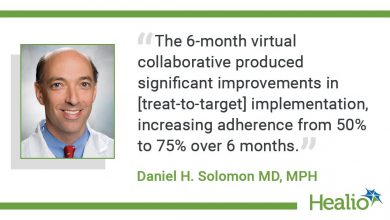