“Take care of yourself. Try not to overindulge in food. And I had to learn that the hard way, because I always took care of everybody else.”

Jeremy Perry is fit at 47. He weighs in at a lean 165 pounds, and is off of high blood pressure and diabetes medication, but his journey to health was difficult.

“Between work and not exercising and eating whatever I wanted to eat, it piled up,” said Perry.

At one time, his weight was nearly double what it is now. He weighed 320 pounds. That caused kidney failure. His wife was a match and gave Jeremy one of her kidneys in 2009. At first he was against it.

“I’m more scared of her health than mine, because we have kids, and I’m going to make sure at least she (could) be here for them,” said Perry.

The weight Jeremy lost in order to get the first kidney transplant crept back up. He was now on dialysis and needed another kidney transplant, but to qualify, he needed to lose weight again.

“We know their kidneys are going to do so much better when their bodies are healthier because it’s not even just about the weight loss, it’s about resolving their diabetes, their high blood pressure, all the different metabolic diseases that they have,” said Dr . Shauna Levy, Medical Director of the Bariatric Clinic at Tulane.

At some places, obese patients are denied transplant surgery.

So to give kidney transplant patients the best possible outcomes, Tulane has a two-step process. First, stomach sleeve surgery was done by bariatric surgeon Dr. Shauna Levy to help Jeremy lose weight. It also helps regulate hunger hormones and metabolic illnesses. Then, when that is under control, Jeremy got a kidney transplant.

“It’s like a double joy of excitement. Not only do you lose weight, but then you get a kidney, and you’re no longer on dialysis, and your life is just free,” said Dr. Levy.

Jeremy was highly motivated and took the opportunity as a challenge. Then he took his health to a whole new level, working out and completely changing his diet.

“Would walk 14 miles a morning. yes I would get on the levee. I would walk from the Gretna ferry, past the Algiers ferry, and walk back,” said Perry.

Even being chased by a wild coyote one morning for 10 minutes has not stopped him from exercising. At half his weight today, he is the picture of health. Now he has a message for all who will listen.

“Take care of yourself. Try not to overindulge in food. And I had to learn that the hard way, because I always took care of everybody else. So I have to take care of Jeremy now, finally,” said Perry.

And the doctors say exercise not only helps with weight loss, but toned muscles also help the body process insulin better.

RELATED: ‘I was so big’, New Orleans Reverend tackles weight loss on his own 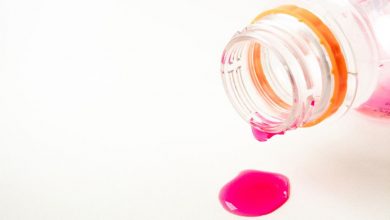 About fructose and sodium | Health 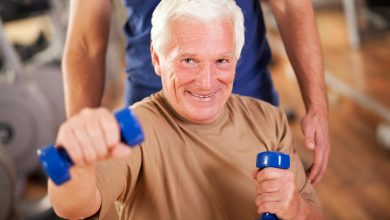