Everyone needs to eat – some more than others.

There are so many food choices that picking something healthy may not always be on our mind.

“Let’s say you don’t have a nutritional background – it can be daunting to navigate what’s good and what’s not good.

“With this pandemic, I have noticed from friends, family and colleagues that the majority of us have become more health conscious.

“Covid-19 has put a different perspective on our health and we’re definitely putting more thought into what we eat.

Functional foods are ingredients that offer health benefits that extend beyond their nutritional value (ie calories and nutrients).

The simplest examples include whole foods such as nuts, seeds, grains, fruits and vegetables.

Foods that have been fortified, enriched or enhanced with nutrients, phytochemicals or botanicals, as well as dietary supplements, also fall within the realm of functional foods.

The concept was believed to have originated in Japan in the 1980s when Japanese government agencies started approving foods with proven benefits in an effort to better the health of its general population.

Advances in technology have helped to identify which ingredients would enhance the nutritional value of foods.

Nutritional ingredients are generally perceived as safe, and this assumption of safety has often been used for branding purposes.

Because consumers are aware of nutritional benefits and consider food safety important, food and beverage producers are positioning their products to reflect the health advantages that their ingredients offer.

While functional ingredients can help promote better health, there are still certain factors about us that are not modifiable, eg genetics, family history and age.

Goh says: “The good news is that nutrition is one of the most powerful tools that can modify and improve our health.

“In Asian cultures, food is also used as medicine.”

She gives carbohydrates as an example: “Carbohydrates have been getting a lot of bad rap and people think it is the source of all ailments, but remember that the human body and brain’s main source of energy is from carbohydrates that have been broken down into glucose .

“All health bodies promote eating carbohydrates, which should comprise around 50% of our caloric intake.”

Just like fats, the quality of carbohydrates differs and not all are created the same.

With the number of diabetics in the country and region, choosing the right type of carbohydrate is important in achieving long-term metabolic health.

These include breads, cereals, sugars, fruits and some starchy vegetables.

A constant high blood glucose level will cause damage to organs such as the eyes, heart and kidneys.

However, fast-release carbohydrates are extremely beneficial when eaten after exercising, as the rapid rise in blood sugar is critical for restoring glycogen – ie the sugars stored for energy – in the muscles and liver.

These include most vegetables, whole grains, seeds, nuts, beans, peas and legumes.

If you choose foods with slow-release carbohydrates for your meals throughout the day, you’ll have energy for an extended period of time.

Many people view carbohydrates as bad, but we should not forget that they are essential for brain functions such as thinking, memory and learning, among others. — Filepic

Sugar is not necessarily the culprit leading to diabetes.

“About 60% of diabetics live in Asia.

“We have a higher risk of type 2 diabetes compared to Caucasians due to our genetic makeup.

“Asians appear to have a distinct ‘thin-outside-fat-inside’ (TOFI) characteristic phenotype.

“We wear small or medium size clothes, but inside we are ‘fatty’.

“If we do a body scan, our belly fat is much higher compared to Caucasians with the same body mass index (BMI),” says Goh.

Even if our BMI is lower than our Caucasian counterparts, we actually have a higher risk of developing diabetes.

She adds: “Abdominal fat is the worst kind to have as high levels of it is associated with increased inflammation – if the fat is on your arms, it is fine.

“So, Asian waistlines are actually bigger.

“We can’t change that, but we can change our diets by eating slow-release carbohydrates to reduce the risk of getting diabetes.

“Instead of going on a rollercoaster ride, let the blood sugar climb up the hill gently.”

Goh used to work as a dietitian in a hospital, but realized she was only helping the sick.

So, to prevent a larger group of people from getting sick and filling up hospital beds, she moved on to the food industry.

“If you look at the finished product sold in supermarkets and read the ingredient list that says sugar, it doesn’t mean the manufacturer has its own sugar plantation.

“They may be sourcing it from elsewhere and adding it to the product,” she explains.

A good slow-release alternative sweetener is isomaltulose, which is derived from the sugar beet plant that is grown in the Palatinate region in Germany.

Extracted from the sugar beet plant, isomaltulose is a low GI ingredient composed of glucose and fructose, which can be used as a sugar substitute. — Photos: Beneo

Goh says: “This is a functional ingredient that is a fully-digestible, slow-release carbohydrate, which comes in powder form and has been used to replace the sugar in food and beverage products.”

Isomaltulose is fully, yet slowly, digested and absorbed, resulting in a lower blood glucose rise and less insulin release in the body when consumed.

“Unlike high-intensity sweeteners such as saccharine, isomaltulose has helped the sweetness of table sugar.

“If I’m using a lot of brain work or playing sports, I need carbohydrates, and drinks containing isomaltulose are an excellent choice.

“Food manufacturers can use this as an ingredient in their products,” she says.

Goh cites the example of canned herbal tea – people want it to be both tasty and healthy, meaning that they don’t want sugar in it.

However, when the manufacturer takes out the sugar, the tea will become unpalatable.

“The manufacturer has to put back something to get a better-tasting tea, so they can put in isomaltulose, which tastes really nice and is not as sweet.

“Many people also don’t check the sugar content and think if the product is not so sweet, it is healthier!” says Goh.

Another functional ingredient with plenty of benefits is chicory root fiber (a prebiotic), which comes from the chicory plant.

Prebiotics are non-digestible dietary fibers that promote the growth of beneficial microorganisms in the intestine.

Unlike probiotics, prebiotics are non-living organisms and aid the intestinal bacteria to flourish.

Chicory root fiber is derived from the chicory plant, which belongs to the dandelion family (and looks like radish), and is primarily composed of inulin.

Inulin is extracted from chicory root through a gentle hot water extraction process, similar to the process used to extract sugar from beets.

The first step consists of obtaining a liquid concentrate from the chicory root.

This juice will then be refined into fiber in liquid or powder form.

Goh explains: “Back then, companies making cereal and nut bars used sugar syrup to bind the bar together, but now, some manufacturers have started using the liquid version to bind the ingredients so that the product is healthier.

“The chicory root fiber has plenty of healthy benefits and has been linked to improved blood sugar control and digestive health as it selectively increases the good gut microbiome.

“With isomaltulose, it is slowly broken down by the body, but chicory root fiber is considered a prebiotic, so it is not broken down in the body and doesn’t affect blood sugar.”

In food packaging, some manufacturers will list the item as “having prebiotics” or a “sustained energy product”.

“What you can do is look at the ingredient list to see if it contains any functional ingredients.

“These functional ingredients are not just for diabetics, but for everyone to keep themselves healthy.

“And no, these ingredients are not sold to individuals, but to food manufacturing companies,” she says.

Chicory is an herbaceous plant belonging to the dandelion family that functions as a prebiotic.

To lead a healthy life, Goh ranks nutrition as top of the priority list, followed by exercise, adequate sleep and controlling stress.

She points out: “If you do the first three things right, then the fourth is not a problem.”

When it comes to the affordability factor, Goh says not all foods with functional ingredients are expensive.

“Maintaining good health is not expensive.

“If you cannot afford these foods, go for home brands, cook your meals with lots of onion and garlic, choose lean meats for protein, and eat your fruit and veggies, but make sure they are rainbow-coloured.”

There are those who think eating healthy once in a while is good enough.

“It’s not only reserved for special occasions.

“You should be eating healthy 80% of the time and the 20% remaining, you can indulge in junk food, fast food, chocolates, etc – why not?

“In the end, it boils down to habit.

“If your habit is not so healthy, put your mind to it and consciously eat healthy again and again – you can change your habits.

“Just do one thing consistently until it becomes a habit two or three months later, then work on another thing,” she advises.

More importantly, you have to eat to feel good.

She says: “You can try it yourself, eat junk food one day and healthy food the next, and observe the difference.” 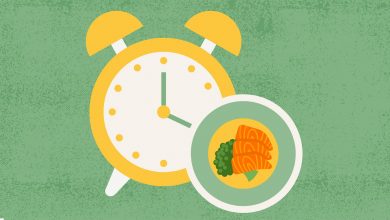 The Galveston Diet for Menopause: What You Should Know 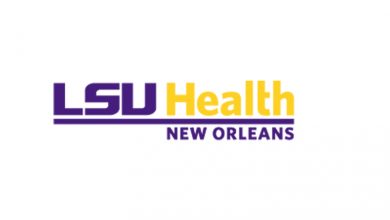 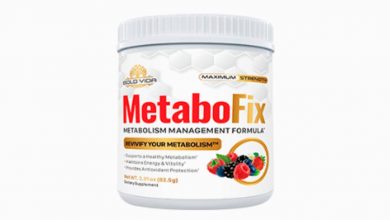