Asymptomatic hyperuricemia is considered a benign laboratory finding with little clinical relevance in the absence of gout or nephrolithiasis in clinical practice but a good predictor of risks of hypertension, diabetes, gout, chronic kidney disease (CKD), and cardiovascular disease (CVD).1 It affects nearly 13.3% of the general population in China and is double prevalent among those with obesity,2,3 which is very popular worldwide and a major contributor to morbidity and mortality of CVD.4–6 The relationship between obesity and serum uric acid (UA) has been demonstrated by substantial evidence. For example, UA could be produced and secreted by adipose tissue7 and was elevated in high-fat diet-induced obese mice.8 In humans, an obesity-related genetic variant (rs545854) was associated with serum UA levels and the susceptibility to hyperuricemia.9 Obesity at childhood was associated with an elevated level of serum UA at young adulthood.10 However, the precise mechanisms contributing to elevation of uric acid in individuals with obesity are not very clear.7 Metabolic adaptations may occur in our body in response to obesity11 and the altered metabolic states have been considered to play important roles in diverse aspects of health, eg, inflammation, insulin resistance, oxidative stress, and purine metabolism.12–15 Metabolic states may, therefore, affect the contribution of excessive adipose to UA production and secretion. Indeed, about 10–30% of obese individuals have normal blood pressure, blood lipids, and fasting glucose, all indicate a relatively healthy metabolic status.16–19 Individuals with metabolically healthy obesity (MHO), a subset of obesity, have relatively lower metabolic and cardiovascular risks despite the presence of excessive fat mass than other obese ones, those with metabolically unhealthy obesity (MUO) in particular.17,20 However, the association between MUO, in comparison to MHO, and hyperuricemia has not been well studied, although some studies reported an association between general obesity and hyperuricemia.21,22 Whether or to what extent metabolic condition influents the association between obesity and hyperuricemia was not clear. Therefore, we aimed to examine the association between asymptomatic hyperuricemia and MUO in more than five thousand Chinese adults in Tianning cohort. We also examined the causality between obesity and hyperuricemia by Mendelian randomization analysis using GWAS summary data.

The methods of participant’s selection and data collection were detailed in the Supplementary Materials and briefly described below.

The protocols of the Tianning Cohort study were approved by the Ethics Committee of Soochow University (approval No. ECSU-201800051) and described in detail elsewhere.23 This study was conducted following the Declaration of Helsinki. In brief, a total of 5199 Chinese adults were included in 2018, after giving a signed written informed consent. After excluding participants with missing data on either BMI or metabolic syndrome components (N=127), a total of 5072 participants were included in the final analysis. All participants were free of diagnosed gout.

Characteristics were presented in participants with MUO, MHO, MUNO and MHNO, respectively. To examine the association between serum UA and obesity status, we constructed a linear regression model in which serum UA was the dependent variable and obesity status (MUO vs MHO vs MUNO vs MHNO as a reference) was the independent variable, adjusting for age, sex, education level, cigarette smoking, alcohol consumption, eGFR, physical activity, and sleep quality. To facilitate data interpretation, a logistic regression model was similarly constructed to examine the association between obesity status and prevalent hyperuricemia. To examine whether and to what extent metabolic states modify the association between BMI and hyperuricemia, we performed subgroup analysis by metabolic states and tested the heterogeneity by introducing an interaction term of BMI×metabolic states. To examine whether the results differed between genders, we separately conduced sex-specific association of obesity types with SUA and hyperuricemia. To examine whether CKD or CVD influent our results, participants with prevalent CKD or CVD were excluded. All statistical analyses were conducted using SAS statistical software, version 9.4 (SAS Institute, Cary, NC). A two-tailed P-value less than 0.05 was considered statistically significant.

To further clarify the causal association between obesity and hyperuricemia, we conducted a Mendelian Randomization analysis using summary data from genome-wide association studies (GWAS). Generalized Summary-data-based Mendelian Randomization (GSMR) method27 was implemented in GCTA using the GWAS datasets of BMI and UA.28 The GWAS data of serum UA was extracted from the CKDGen Consortium (http://ckdgen.imbi.uni-freiburg.de).29

A total of 5072 participants (mean age 51.0±15.6 years, ranged from 18 to 96 years, 41.42% men) were included in our study. Of them, 617 (12.16%) participants were obese including 195 individuals with MHO and 422 individuals with MUO. Their baseline characteristics are shown in Table 1. The average level of serum UA in participants with MUO was 392±94 μmol/L which was significantly higher than that in participants with MHO (364±93μmol/L), MUNO (354±89μmol/L) and MHNO (317±82μmol/L). As expected, almost all characteristics inducing demographics, lifestyles, and metabolic factors were differentially distributed among the four obese-metabolic states (all P<0.05). Notably, compared with participants with MHO, those with MUO seemed to be older, current drinkers, hypertensive, diabetic have higher levels of blood pressure, lipids, and lower eGFR (all P<0.05).

Association Between MUO and Hyperuricemia

We have separately conduced sex-specific association of obesity types with SUA and hyperuricemia, and the results were consistent with the gender-neutral analysis. Compared to participants with MHNO, those with MUO had the highest likelihood to have hyperuricemia in female (OR=6.71, P<0.001) and male (OR=3.03, P<0.001), followed by those with MHO in female (OR=3.65, P<0.001) and male (OR=3.01, P<0.001), respectively. And the risk of hyperuricemia is higher in women with MUO than in men with MUO. (Supplementary Table S2) After excluding participants with prevalent CKD and CVD, our results did not change a lot. These results indicated that the association between hyperuricemia and obesity-metabolic phenotype may be unlikely to be driven by these conditions (Supplementary Table S3).

The causal relationship between uric acid and BMI is shown in Figure 1. The GSMR model with BMI as the exposure and uric acid as the outcome found a significant causal effect (β=0.059, P=6.54×10−154). Otherwise, the causal effect of uric acid on BMI was not statistically significant (β=0.009, P=0.70). These causal effect signals were unlikely to be driven by potential pleiotropy as indicated by the HEIDI-outlier analysis (all P>0.05).

In a large sample of Chinese adults in the Tianning cohort, we found that hyperuricemia was higher prevalent in participants with metabolically unhealthy obesity than those with metabolically healthy obesity, as well as those with a normal BMI. The Mendelian Randomization analysis further demonstrated that elevated uric acid was more likely to be a result rather than a cause of elevated BMI. These findings suggested that metabolic condition and serum uric acid should be regularly monitored to prevent hyperuricemia in obese populations, those with metabolic syndrome in particular.

Although the association between obesity and hyperuricemia has been reported by many studies, but the causal relationship between them was still not very clear. A study examined the temporal relationship between obesity and hyperuricemia using cross-lagged panel analysis found that the path from uric acid to BMI was more significant than the other path from BMI to uric acid.33 In stark contrast, some studies found an association between BMI and uric acid with the other direction. For instance, an animal study demonstrated that the production of uric acid is augmented in obese mice.7 A bidirectional Mendelian randomization in adult Caucasians revealed that elevated uric acid was a consequence rather than a cause of obesity.38 Using GWAS summary data, we conducted a Mendelian randomization analysis and found causality with the same direction.

The mechanisms underlying the identified association between obesity in different metabolic status and serum uric acid are unclear. Insulin resistance may be involved. It is increasingly prevalent as the number of metabolic disorders and more prevalent in obese participants than those with a normal BMI.44,45 Hyperinsulinemia could reduce renal serum uric acid excretion and thereby leading to subsequent hyperuricemia.46 Obesity and metabolic status should be regularly monitored when assessing the risk of hyperuricemia and the treatment of metabolic syndrome is of great importance for cardiovascular promotion in obese community members, because metabolically healthy obesity is not a healthy state where hyperuricemia is already increased prevalent compared with non-obese participants. Further, it is not clear whether individuals with metabolically healthy obesity can maintain insulin sensitivity during the entire life or whether metabolically healthy obesity simply represents delayed onset of obesity-related insulin resistance.45 The underlined mechanisms warranted further investigation.

The strengths of our study include a relatively large sample size, comprehensive adjustment for covariates including sleep and physical activity both have been associated with insulin resistance,47,48 and Mendelian randomization analysis to compensate for the limitations of cross-sectional analysis. Several limitations of our study should be considered. First, we did not have dietary data on purine intake. Whether or to what extent our results were affected by diet is unclear. Second, we did not focus on whether type 1 diabetes would have an impact on our results. The results need to be explored in further study.

The datasets used during the current study are available from the corresponding author on reasonable request at penghao@suda.edu.cn.

All authors have read and approved the submission, contributed to data analysis, drafting or revising the article, have agreed on the journal to which the article will be submitted, gave final approval of the version to be published, and agreed to be accountable for all aspects of the work. These authors contributed equally to this work and should be considered as co-first authors: Jia Yu, Hongyan Sun, and Jinhua Zhu.

This study was supported by the National Key Research and Development Program of China (NO. 2017YFC1307600), the National Natural Science Foundation of China (NO. 81903384, 81872690), the Natural Science Foundation of Jiangsu Province (NO. BK20180841), the Suzhou Science and Technology Project (NO. SS201853), and a Project of the Priority Academic Program Development of Jiangsu Higher Education Institutions. The funders had no role in study design, data collection and analysis, decision to publish, or preparation of the manuscript.

The authors report no conflicts of interest for this work and state they have financial associations that might pose a conflict of interest in connection with the submitted article. 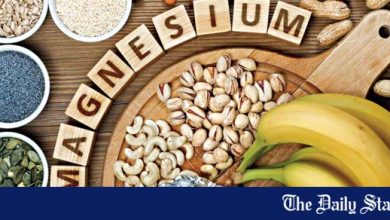 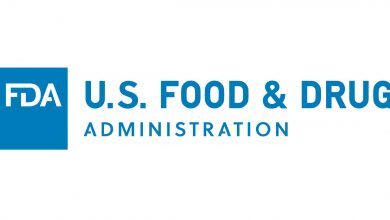