Restoring the proopiomelanocortin (POMC) pathway can overcome neuropathic pain, which is a potential therapeutic target for future diabetic neuropathic pain therapies, according to a study published in Nature Communications.

Sensorimotor neuropathy is common in diabetes, with about half of people with diabetic peripheral neuropathy (DPN) having chronic symptoms of neuropathic pain. Current approaches to treatment include drugs such as serotonin-norepinephrine reuptake inhibitors, sodium channel blockers, opioids, and strict blood sugar control. Improved analgesic treatment is desirable in order to improve the generalized therapies currently available, the researchers said.

Through both mouse models and human research, researchers have shown that the endogenous opioid pathway mediated by POMC is impaired in diabetes. In the current study, researchers identified a central antinociceptive mechanism in the peripheral nervous system that could represent a new therapeutic target for future DPN treatments.

“Our study shows the presence of the endogenous opioid precursor POMC in the sensory ganglia of mice and humans and its role in antinociception, especially in painful DPN,” the researchers wrote, adding that the POMC-µ opioid in diabetes Receptor (The MOR) opioid pathway becomes “dysfunctional” at both the ligand and receptor level. These results explain why MOR-targeted opioids like tramadol and oxycodone do not provide consistent relief in people with DPN.

The data also show that POMC expression in the peripheral nervous system is mainly somatic; Soma dorsal root ganglia have been identified as the main reservoir for precursor POMC. Physiologically, these data mean that mechanisms in the peripheral nervous system are likely to “suppress pain signals below the threshold and / or terminate a nociceptive signal response,” according to the study’s authors. Although POMC can support the resolution of acute pain under “normal” conditions, this path is impaired in chronic diseases such as diabetes.

Specifically for diabetes, a high level of activation of the glucose-mediated core factor (NF) -κB in the ganglia of the dorsal root causes a suppression of the POMC promoter. High glucose can activate this inhibition, and the relationship between increased NF-κB and diabetic neuropathic pain has previously been shown.

Ultimately, the researchers found that decreased POMC and MOR levels in sensory ganglia are associated with increased hypersensitivity to pain and that MOR supports the antinociceptive effect against thermal hyperalgesia. The study results also confirmed that the downregulation of POMC and MOR in diabetes is not gender specific. 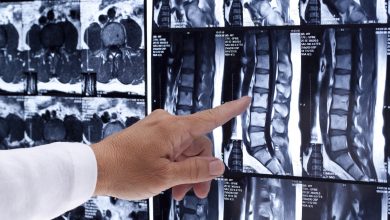