According to study results published in the Journal of Hepatology, long-term exposure to air pollution is associated with the development of fatty liver disease associated with metabolic dysfunction (MAFLD), particularly in the presence of obesity and an unhealthy lifestyle.

Non-alcoholic fatty liver disease (NAFLD) and its more severe form, NASH, result from the accumulation of fat in the liver and are responsible for a growing proportion of advanced liver disease in the United States and worldwide. In many cases, fatty liver disease is linked to obesity and diabetes, so it’s sometimes referred to as MAFLD. Fatty liver disease can lead to fibrosis, cirrhosis, and even liver cancer. Because there are no effective approved medical therapies, treating the disease depends on lifestyle changes such as weight loss and exercise.

While animal studies have shown that air pollution contributes to fatty liver disease, epidemiological research on the topic has been limited. Another study presented at the 2021 AASLD Liver Meeting reported an association between environmental pollutants and fatty liver disease along with liver cancer, although severe fibrosis is not present.

“A growing body of studies suggests that air pollution, the greatest environmental problem caused by industrialization, may increase the risk of metabolic disorders such as insulin resistance and dyslipidemia and associated diseases such as type 2 diabetes mellitus and metabolic syndrome. said Xing Zhao, PhD, from Sichuan University in China, in a .

Zhao and colleagues studied the link between air pollution and MAFLD in a Chinese population. They recruited 90,086 people between 2018 and 2019. MAFLD status was determined using radiologically determined liver fat along with the presence of diabetes, overweight, or obesity. The team conducted participant interviews to gather information about lifestyle, medical history, and demographic and social factors, and obtained biological samples and liver imaging scans.

High exposure to air pollution was strongly associated with higher MAFLD risk. This relationship was observed for particulate matter with diameters of ≤1, ≤2.5 and ≤10 microns (PM1, PM2.5 and PM10, respectively) and nitrogen dioxide (NO2).

“This study provides evidence that long-term exposure to environmental PM1, PM2.5, PM10 and NO2 can increase the likelihood of MAFLD in the real world,” the researchers wrote. “Our findings add to the growing evidence of the deleterious effects of environmental pollution on metabolic function and related organs.”

The researchers also found that men, people who drank alcohol, current or former smokers, those on a high-fat diet, and those with abdominal obesity were more likely to be affected by long-term exposure to air pollution.

“[W]Because physical activity, along with a healthy diet, is a mainstay in the fight against metabolic syndrome-associated diseases, including MAFLD, the findings that environmental pollution may exacerbate MAFLD risk could provide new clues to refine counseling for these patients. for example, by limiting outdoor exposure of risk groups to high levels of air pollution, as recommended for patients with severe asthma,” Massimo Colombo, MD, of San Raffaele Hospital in Italy, and Robert Barouki, MD, PhD, of the University of Paris, wrote in a comment on the study.

Click here to read the study in the Journal of Hepatology. 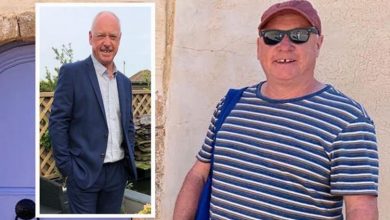 Obesity and cancer: studies shed light on different aspects of the relationship