Two randomized, placebo-controlled trials of three Ebola vaccine regimens demonstrated that they are safe and spur lasting antibodies in both children and adults, according to findings reported in The New England Journal of Medicine.

The trials were conducted in a non-outbreak setting and tested two vaccines against Zaire Ebola virus disease — Merck’s Ervebo and Johnson & Johnson’s Zabdeno, both of which have been used during outbreaks to protect people after exposure.

Although the researchers conducting the trials could not determine a correlate of protection against Ebola virus or assess protection against disease because none of the participants contracted the virus, they said the findings “add to evidence on immunogenicity and safety of the [vaccines against Ebola] in adults and children” and noted that “immune responses were elicited by 14 days after injection for these vaccine regimens and were maintained for 12 months.”

“There is no universally agreed-on correlate of protective immunity to Ebola virus disease [EVD], and in this trial we were unable to assess protection from disease given that there were no incident cases of EVD,” Kieh and colleagues wrote in the study. “Given that vaccines against EVD have typically been administered during an outbreak to populations at risk for infection, it was important to investigate the early kinetics of the antibody response.”

H Clifford Lane, MD, director of National Institute of Allergy and Infectious Diseases’ Division of Clinical Research and a member of the study team, told Healio that the trials provide clinicians with “some longer-term follow-up in a population at risk for Ebolavirus infection” and may help improve future outbreak response.

Starting in 2017, researchers recruited 1,400 adults and 1,401 children aged 1 to 17 years in Guinea, Liberia, Sierra Leone and Mali to identify effective vaccination strategies that can be used to quell Ebola outbreaks.

The researchers reported that antibody responses were seen by day 14 after injection with either the Ervebo or Zabdeno vaccines. The peak percentage of participants showing antibody responses was at month 3 (28 days after the second dose) for the Zabdeno-Bavarian Nordic group among adults and children, at day 28 in the Ervebo-placebo group among both adults and children, and at day 63 among adults and month 3 among children who received the two doses of Ervebo.

After 12 months, 41% of adults and 78% of children who received Zabdeno and a booster of the MVA-BN-Filo vaccine had an immune response.

Of participants who received a single dose of Ervebo and a placebo, 76% of adults and 87% of children showed an immune response 12 months later,

Of those who received two doses of Ervebo, 81% of adults and 93% of children in the had an immune response 12 months later.

The researchers said they could not determine an ideal antibody level to prevent Ebola infection but noted that the results from a clinical trial of a single dose of the Merck vaccine showed that “the threshold of 200 EU/mL, and an increase in baseline in the antibody concentration by a factor of two or more seem to be a reasonable correlate of protection for that vaccine.”

They further said that analyzes such as theirs, based on immunogenicity data, could be “useful in the evaluation of vaccination strategies against EVD.”

Lane said the results do not suggest preventive vaccination for large groups of people, but the data should provide a level of comfort when considering vaccination for children as young as 1 year old if they have been exposed to Ebola.

“If you can identify people who are at higher risk, such as first responders, you may want to make sure they have some level of immunity over time,” Lane said, adding that the data show a booster at 8 weeks “gives you kind of a lift,” adding value for people who are in an area with an Ebola outbreak.

“I think we’re so far ahead from prior to the West Africa outbreak, because at that time we only had animal data — we had no human data. Now, in the US, we have two licensed therapies and a vaccine,” Lane said.

All of the regimens worked well and would make a positive impact. Ervebo with a booster regimen, in particular, looks to have had a stronger immune response at 12 months. The potential game changer here is that people in at-risk areas could get vaccinated ahead of time and not worry that the effect would wane by the time an outbreak spreads to their immediate circle of contacts or community. Right now, people get vaccinated when there has been a known exposure. That works well if there’s vaccine access, but you never know when and where an outbreak will be, so vaccine access in a relevant time frame has always been the problem. With these data, there’s reason to think that people can get vaccinated ahead of time — say, at the first detection of an outbreak, rather than only once there has been an exposure. This could save a lot of live, and quell outbreaks. 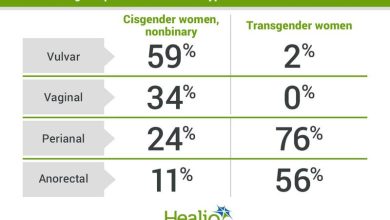 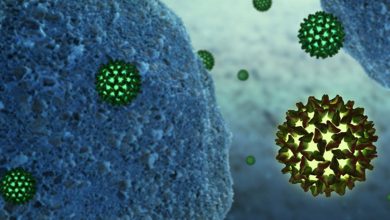 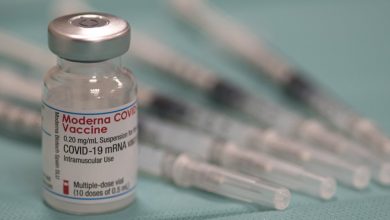