If you spend a lot of time online, you may have noticed that parts of the internet have caught fasting fever. Online message boards are awash in posts touting the benefits of time-restricted eating and other intermittent-fasting approaches that involve going without caloric foods or drinks for an extended period of time—anywhere from 12 hours to several days. These online testimonials have helped popularize intermittent fasting, and they often feature two common-sense rationalizations: One, that human beings evolved in environments where food was scarce and meals occurred sporadically; and two, that the relatively recent shift to near round-the-clock eating has been disastrous for our intestinal and metabolic health.

Mining the internet for accurate information, especially when it comes to dieting, can feel like panning for gold. You’ve got to sift through a lot of junk to find anything valuable. But this is one case where nuggets may be easy to find. A lot of the published peer-reviewed research on intermittent fasting makes the same claims you’ll find on those Reddit message boards. “Until recently, food availability has been unpredictable for humans,” wrote the authors of a 2021 review paper in the American Journal of Physiology. “Knowledge of early human evolution and data from recent studies of hunter-gatherer societies suggest humans evolved in environments with intermittent periods of food scarcity.” They say that fasting regimens may provide a period of “gut rest” that could lead to several meaningful health benefits, including improved gut microbe diversity, gut barrier function, and immune function.

The past decade has witnessed an explosion in fasting-relatedid research. (According to Google Scholar, the last five years alone contain almost 150,000 articles that examine or mention fasting.) While that work has helped established links between intermittent fasting and weight loss, as well as other benefits, it’s not yet clear when (or if ) fasting can help fix a sick gut. “I would still consider the evidence moderate,” says Dr. Emeran Mayer, a professor of medicine and founding director of the Goodman Luskin Microbiome Center at the University of California, Los Angeles. “[Fasting] looks like a prudent way to maintain metabolic health or reestablish metabolic health, but it’s not a miracle cure.”

When it comes to good conditions such as inflammatory bowel disease (IBD), he says the research is either absent or inconclusive. To his point, researchers have found that Ramadan fasting—a month-long religious period when people don’t eat or drink between sunrise and sunset—can substantially “remodel” the gut’s bacteria communities in helpful and healthy ways. However, among people with IBD, studies on Ramadan fasting have also found that a person’s gut symptoms may grow worse.

While it’s too early to tout fasting plans as a panacea for gut-related disorders, experts say there’s still reason to hope these approaches may emerge as a form of treatment. It’s clear that some radical, and perhaps radically beneficial, things happen when you give your body breaks from food.

How fasting could repair the gut

For a series of recent studies, a team of researchers based in the Netherlands and China examined the effects of Ramadan-style intermittent fasting on the gut microbiome—the billions of bacteria that reside in the human gastrointestinal tract. (Ramadan comes up a lot in published research because it provides a real-world opportunity for experts to examine the effects of 12- or 16-hour fasts, which is what many popular intermittent fasting diets espouse.) “We really wanted to know what intermittent fasting does to the body,” says Dr. Maikel Peppelenbosch, a member of that research team and a professor of gastroenterology at Erasmus University Medical Center in the Netherlands. “Generally, we’ve seen that intermittent fasting changes the microbiome very clearly, and we view some of the changes as beneficial. If you look at fasting in general, not only Ramadan, you see certain types of bacteria increasing.”

For example, he says that intermittent fasting pumps up the gut’s population of a family of bacteria called Lachnospiraceae. “In the intestines, bacteria are constantly battling for ecological space,” he explains. Unlike some other gut microorganisms, Lachnospiraceae can survive happily in an empty GI tract. “They can live off the slime the gut makes itself, so they can outcompete other bacteria in a fasting state.” Lachnospiraceae produces a short-chain fatty acid called butyrate, which seems to be critically important for good health. Butyrate sends anti-inflammatory signals to the immune system, which could help reduce pain and other symptoms of gut dysfunction. Butyrate also improves the barrier function of the intestines, Peppelenbosch says. This is, potentially, a very big deal. Poor barrier function (sometimes referred to as “leaky gut”) is a hallmark of common GI conditions, including inflammatory bowel disease. If intermittent fasting can turn down inflammation and also help normalize the walls of the GI tract, those changes may have major therapeutic implications.

Lachnospiraceae is only one of several types of helpful bacteria that research has linked to fasting plans. But at this point, there are still a lot of gaps in the science. Peppelenbosch says the guts of people with bowel disorders don’t seem to respond to fasting in exactly the same way as the guts of people without these health issues. “In ill people, we see the same changes to the microbiome, but it’s not as clear cut as in healthy volunteers,” he says. “So we are now actually trying to figure out what’s going on there.”

Healthy microbiome shifts aren’t the only possible benefits that researchers have linked to intermittent fasting. UCLA’s Mayer mentions a phenomenon called the migrating motor complex. “This is rarely mentioned in fasting articles today, but when I was a junior faculty it was one of the hottest discoveries in gastroenterology research,” he says. The migrating motor complex refers to recurrent cycles of powerful contractions that sweep the contents of the gut, including its bacteria, down into the colon. “It’s this 90-minute recurring contractile wave that swoops down the gut, and its strength is comparable to a nutcracker,” he says. Essentially, this motor complex behaves like a street-cleaning crew tidying up after a parade. It ensures the gut is cleared out and cleaned up in between meals, via 90-minute repeating cycles that fasting allows to be become more frequent. It also helps rebalance the gut’s microbial populations so that more of them are residing in the colon and lower regions of the GI tract. “But it’s stopped the minute you take a bite—it turns off immediately,” he says.

Mayer says that modern eating habits—so-called “grazing,” or eating steadily throughout the day—leave little time for the migrating motor complex to do its thing. “This function has been relegated to the time when we sleep, but even this has been disrupted because a lot of people wake up in the middle of the night and snack on something,” he says. “So those longer periods of time when we re-cleanse and rebalance our gut so that we have normal distributions of bacteria and normal population densities—that has been severely disturbed by these lifestyle changes.”

Ideally, Mayer says people could (for the most part) adhere to the kind of time-restricted eating program that allows a full 12-to-14 hours each day for the motor complex to work. “If you don’t snack, this motor complex would happen between meals, and you’d also get this 12- to 14-hour window at night where the digestive system was empty,” he explains. In other words, sticking to three meals a day and avoiding between-meal bites (or nighttime snacks) could be sufficient. But again, it’s not clear whether this sort of eating schedule can undo gut damage or treat existing dysfunction.

ReadMore: The Truth About Fasting and Type 2 Diabetes

Another possible perk of fasting involves a biological process called “autophagy.” During autophagy, old or damaged cells die and are cleared away by the body. Some researchers have called it a helpful housekeeping mechanism, and it occurs naturally when the body goes without energy (calories) for an extended period of time. There’s been some expert speculation, based mostly on evidence in lab and animal studies, that autophagy could help strengthen the gut or counteract the types of barrier problems seen in people with IBD. But these improvements have not yet been demonstrated in real-world clinical trials involving people.

Meanwhile, some experts have found that fasting may help recalibrate the gut’s metabolic rhythms in helpful ways. “By changing the timing of the diet, this will indeed change the activity of the
microbiome, and that may have downstream impacts on health,” says Dr. Eran Elinav, principal investigator of the Host-Microbiome Interaction Research Group at the Weizmann Institute of Science in Israel.

Some of Elinav’s work, including an influential 2016 paper in the journal Cell, has shown that the gut microbiome undergoes day-night shifts that are influenced by a person’s eating schedule, and that lead to changing patterns of metabolite production, gene expression, and others significant elements of good health. “If you change the timing of the diet, you can flip the circadian activity of the microbiome,” he says. This is likely to have health implications, though what those are, precisely, remains murky.

ReadMore: What We Know About Leaky Gut Syndrome

Fasting is not going anywhere

It’s clear that when you eat, including how often you eat, matters to the health of your gut. But the devil’s in the details. At this point, it’s not clear how intermittent fasting can be used to help people with gut-related disorders or metabolic diseases.

“For a condition like IBD, it’s important to differentiate between what you do during a flare and what you do to prevent the next flare,” Mayer points out. The research on people observing Ramadan suggests that, at least during a flare, fasting may make a person’s IBD symptoms worse. Figuring out whether fasting could also lead to longer-term improvements is just one of many questions that needs to be answered.

While plenty of unknowns remain, experts say that common approaches to fasting appear to be safe for most people. Time-restricted eating, for example, involves cramming all your day’s calories into a single six-to-eight-hour eating window. Even among people with metabolic diseases such as Type 2 diabetes, research suggests that this form of fasting is safe, provided a person is not taking blood-glucose medications.

That said, there simply isn’t much work on intermittent fasting as a treatment for gut problems. Also, there is very little research on more extreme forms of fasting, such as plans that involve going without calories for several days at a stretch. These diets may turn out to be therapeutic, but they could also turn out to be dangerous. If you’re considering any of these approaches, talk with your health care provider first.

“We really need much better studies to compare all the different fasting protocols,” says Peppelenbosch. “But generally speaking, increasing the space between calorie consumption is a good thing for you. The body is not made to be eaten all day.” 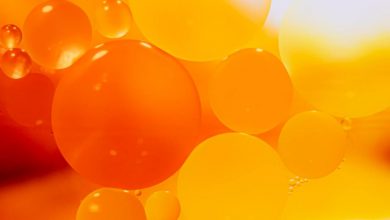 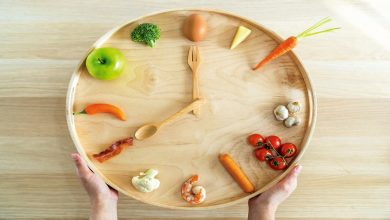 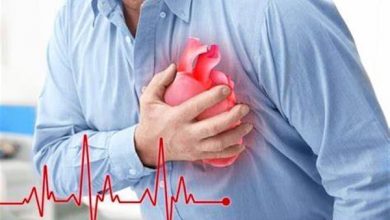 Are Kashmiris at Higher Risk of Coronary Heart Disease?