You know the expression “like coals to Newcastle”? Let’s just go ahead and replace it with “like giving jewelery to the royal family”. See, the House of Windsor possesses one of the greatest collections of priceless baubles in the world, and perhaps in history, and yet people keep … giving them jewellery.

Take Mrs Greville, who was mates with the Queen Mother and left her some truly extraordinary pieces, including a tiara made by Boucheron, the Greville Emeralds, the Greville peardrop earrings and the Greville Festoon necklace. Or the countries of Bahrain, Japan, Myanmar and Brazil, to name just a few.

Why do the wealthy and nation states keep foisting new jewels on them? I suppose it’s hard to gratiate yourself with a hereditary monarchy with just a bunch of supermarket lilies and the occasional tin of homemade shortbread.

Still, it’s the royal recruits who these days benefit from all this largesse, with Queen Camilla now regularly wearing the Greville Bequest and the pressies from Bahrain and Japan – which are now a couple of Kate, Princess of Wales’ major go-to pieces.

Camilla in the Greville tiara and necklace. Photo / Getty Images

Kate wears the diamond and pearl earrings given to her by the late Queen on Remembrance Sunday. Photo / Getty Images

Now, on their own, Kate popping on jewels valued at more than the gross GDP of a small country is about newsworthy as finding out King Charles has decided to launch an initiative to save an endangered breed of badger or Queen Camilla is busy trying to remember which state carriage she left her favorite lighter in.

Where things get interesting is when you bring Meghan, Duchess of Sussex into the mix.

The last time Kate wore the necklace and earring combo from the Festival of Remembrance was to the late Queen Elizabeth’s funeral in September, an event at which Meghan also paid tribute to Her Majesty by similarly wearing a pair of diamond and pearl earrings that had been given to her by her grandmother-in-law.

Same same but not at all.

Look at images of the royal WAGs side-by-side and the vast discrepancy is obvious. While Kate’s pair are honking great pieces that on anyone else you would assume are plastic fakes they are so large, Meghan’s pair, while elegant and a very thoughtful gift from the late nonagenarian, are comparatively tiddly.

In this case, size does matter.

There is also the question of their history and significance.

The Bahrain earrings were made using pearls that were given to Queen Elizabeth for her 1947 wedding by the Hakim of the Middle Eastern country, and which Her Majesty then later wore on a number of big occasions and for the occasional portrait. When Diana, Princess of Wales came onto the scene, Her Majesty lent her the sparklers and she too wore them for grand events and to watch The Bill on Saturday nights. (Is that last part true? Not as far as I know but I would like to think so.)

Then there is the pearl and diamond choker, again made using pearls reportedly given to Queen Elizabeth by the nation of Japan in the 1970s.

Prince Harry and Meghan with her aquamarine ring after their wedding in 2018. Photo / Getty Images

So too did the monarch bust this unusually contemporary piece out over the years, only to then allow Diana to wear them?

Lastly, the diamond and pearl earrings featuring horseshoe and laurel motifs that Kate chose for the sombre ceremony at the Cenotaph on Sunday. They too featured regularly in her late mother-in-law’s jewelery rotation.

Bottom line: all of these pieces are ones that carry quite the legacy and are redolent with royal symbolism.

What they do is a very touching backstory, being that they were given to the former Suits star in June 2018 when she accompanied Queen Elizabeth on a joint engagement, with the duo spending a night together on the royal train. (The mind positively boggles wondering what they gabbed about – the comparative benefits of Arabian thoroughbreds? The power of vipassana meditation retreats? Did Her Majesty try to explain the key plot points of seven decades of the Archers before Meghan gave her a crash course in the teachings of Deepak Chopra?)

Anyhoo, the two women choo-chooed their way to Cheshire and to commemorate the moment, earrings were given. It was a sweet and thoughtful gesture and one Meghan honored when she must have arranged for the earrings to be flown over from her and husband Prince Harry’s Californian home when Queen Elizabeth passed away while they were in the UK so she could don them for the funeral .

But aside from these earrings, and some pieces that belonged to Diana, Princess of Wales, including a pair of butterfly diamond earrings, a huge aquamarine ring and a gold Cartier watch, the duchess does not have, as far as anyone knows, any precious trinkets on permanent loan from the royal family’s collection.

It is not just a question of time, what with Kate having clocked up 11 years of HRH-dom in contrast to Meghan’s 20 months on the palace clock before she and Harry made for sunnier climes, in every sense, in January 2020.

Only three months after Kate and Prince William wed, the couple embarked on a tour to North America, during which Kate wore the late Queen’s diamond chandelier earrings and Her Majesty’s maple leaf diamond brooch.

Five months after Harry and Meghan said their “I dos” in front of George and Amal Clooney and at least two possible contenders to be the next James Bond, they were off on their own first overseas jaunt to Australia and the South Pacific. While Meghan touchingly added diamond earrings that had belonged to Diana on the day the Sussexes told the world she was pregnant, she did not wear any pieces from the late Queen or anything meaningful from the royal trove.

Meghan wearing a pair of butterfly earrings that had belonged to Princess Diana. Photo / Getty Images

In fact, the only piece of jewelery definitely lent to Meghan by Queen Elizabeth was the Queen Mary bandeau tiara for her big day, but that too has been a source of controversy. In Robert Lacey’s Battle of Brothers, he writes: “Unconfirmed by the palace – but not denied – we are told that the Queen felt that she had to say ‘no’ to Meghan’s first choice, a beautiful emerald headdress that was said ‘to have come from Russia’.”

Harry, according to Lacey, “flew into a rage”, with the Queen reportedly responding, “Meghan cannot have whatever she wants. She gets the tiara that she’s given by me.”

(Finding Freedom has a different telling of the story, and reports that when stories first started appearing Meghan “called a friend” and told them, “How sad, I love my tiara.”)

Whatever the truth of the matter, since her May 2018 wedding day, the Duchess of Sussex has never again, as far as is publicly known, worn another piece of jewelery from the royal collection.

However, what the former actress has worn, twice, are a pair of earrings that were reportedly a gift from Saudi Arabian Crown Prince Mohammed Bin Salman and have been estimated to be worth AU$877,000 ($951,830). On October 2, 2018, journalist Jamal Kashoggi was murdered and dismembered inside the Saudi embassy in Istanbul.

On October 8, Turkish officials said they believed Kashoggi had been killed “by a hit squad sent from Riyadh”, according to The Guardian. On October 23, President Erdogan of Turkey said Kashoggi’s death was a “pre-planned murder” and on the same day, Saudi Arabia publicly tried to pin the blame on two of Bin Salman’s closest aides. That night in Fiji, Meghan wore the chandelier earrings to a state dinner in Suva.

She then wore them again, three weeks later for King Charles’ 70th birthday party on November 14, held at Buckingham Palace.

In 2021, when The Times broke the story about the earrings, lawyers for Meghan said in part in a statement, “It is possible she said the earrings were borrowed, which is correct, as presents from Heads of State to the royal family are gifts to Her Majesty the Queen, who can then choose to lend them out to members of the family.”

However, journalist Valentine Low, who was the journo behind the earring exclusive at the Times, writes in his recent book Courtiers that “if the earrings were loaned by the Queen, staff would have said so”.

Maybe, if Meghan and Harry had stayed put in the UK, this jewelery situation might have changed and the Duchess of Sussex might have ended up, like Kate, Camilla and Sophie, Countess of Wessex, regularly adding sparkle to her outfit you jour with a few baubles from the official hoard. (Lord only knows how many diamonds, rubies, emeralds and sapphires they really have squirreled away in the Palace.)

But, Meghan never quite made it into the royal bling ring.

Instead, to paraphrase the eternal words of Destiny’s Child, “she buys her own diamonds and she buys her own rings”. And those, she doesn’t need anyone’s permission to wear.

Daniela Elser is a royal expert and freelance writer. Continue the conversation @DanielaElser 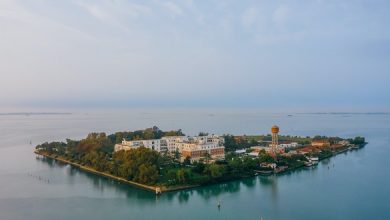 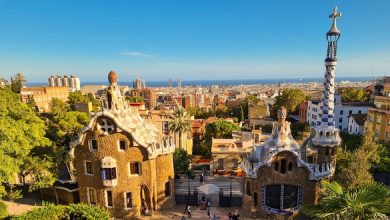 In Spain for Vacation—and Egg Freezing 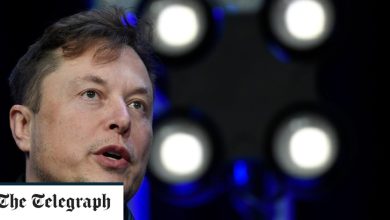 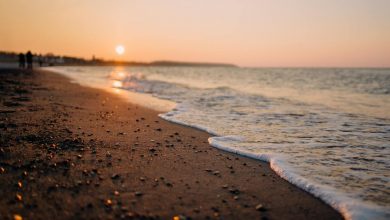 How to Actually Relax on Vacation