Researchers have characterized the microorganisms that live in the gastrointestinal system of horses as a crucial “organ”, which they say is primarily associated with health and disease in the species.

To achieve that, the gastrointestinal tract of horsesharbours, a broad range of microorganisms, differing in each segment. These are essential for efficient feed utilization.

“Like in other animal species, the gastrointestinal microbiota is in permanent interplay with the host’s cells and is involved in a lot of functions among which inflammation, immune homeostasis, and energy metabolism,” Frédérique Chaucheyras-Durand and his fellow researchers wrote in the journal microorganisms.

“The horse gut microbiome is sensitive to diet, especially consumption of starch, fiber, and fat. Age, breeds, stress during competitions, transportation, and exercise may also impact the microbiome.”

Because of its size and complexity, the equine gastrointestinal microbiota is prone to upsets caused by external or internal stressors that may result in digestive diseases such as gastric ulcers, diarrhea, colic, or colitis.

These, they said, are thought to be linked with systemic diseases such as laminitis, equine metabolic syndrome or obesity.

In their review, the researchers set out to understand the common core microbiome, in terms of structure and function, in each segment of the equine digestive tract, as well as identify potential microbial biomarkers of health or disease crucial to anticipating problems.

The review team, in their 34-page paper, which cited 145 published studies, traversed the characteristics of the equine gastrointestinal microbiota, discussed the core microorganisms in the digestive tract, and the changes that occur with age and other factors, including diet, exercise , transportation, and heat stress.

They discussed current knowledge of gastrointestinal microbiota and digestive disorders, including stomach ulcers, colitis, diarrhea, and colic, as well as the effects of parasitism, before turning to the three main systemic disorders – laminitis, equine metabolic syndrome and obesity.

They said few studies have begun to explore the relationships between those metabolic disorders and the gastrointestinal microbiome in horses.

The review team said their examination of the published literature confirms that horse harbor is a complex microbiota that evolves from the stomach to the colon and along the animal’s life.

“We also highlighted, as other previous authors, that the definition of a ‘compositional core microbiota’ in horses is not easy and that a lot of research remains required as a large part of the bacteria that compose the microbiota is not yet well identified and described.

“Nevertheless, key facts are that the composition of the microbiota from the stomach to the colon corresponds to an oxygen and a pH gradient, with more facultative anaerobes (bacteria that can grow in the presence or absence of oxygen) in the upper tract than in the hindgut.”

The upper tract of horses is mainly inhabited by Proteobacteria and lactic acid bacteria. At the same time, the microbiota of the hindgut specializes in fibrolytic activity, with strictly anaerobic bacteria which are highly pH and oxygen sensitive.

“Thus, maintaining appropriate physicochemical parameters to have a well-balanced gut microbiota all along the digestive tract is probably critical for the health of horses,” they said.

Gut health, they said, is a multidimensional concept related to diet, host and microbiota in which the structure and functioning of the gastrointestinal barrier, gut microbial profile, and diet composition are continuously interacting.

A stressful situation, such as competition, transportation, a high starch diet, or a digestive disorder, may alter the gut environment, to higher gut permeability, to inflammation, and to a change in the gut microbiota profile.

The authors said that the bacterial community of horses suffering from intestinal diseases is clearly considerably different from that of their clinically healthy counterparts. A proliferation of Proteobacteria and lactic acid bacteria in the feces is often associated with digestive disorders or a stressor applied to horses.

“The most consistent and robust ecological pattern observed during gut dysbiosis seems to be an expansion of facultative anaerobic bacteria belonging to the phylum Proteobacteria in horses,” they said.

Therefore, the shift of bacterial communities from obligate to facultative anaerobics in horses subjected to different stressors or affected by intestinal disorders spawned the hypothesis that dysbiosis might be caused by increased oxygen availability in the large intestine.

They said the decrease in the relative abundance of Fibrobacteres, Methanobrevibacter, Ruminococcaceae and Akkermansia, all strict anaerobic microorganisms quite sensitive to the physicochemical environment, is also noticed in several cases.

“Following the evolution of those populations could thus be interesting to detect potential digestive/systemic disorders.”

The authors noted that while the beneficial effects of Lactobacillus and Bifidobacterium are well documented in humans, the observations gathered in the current review may suggest that the role of these specific microbes is not the same as in omnivorous animals.

In all cases, more specific research is necessary to characterize the equine microbiota of various digestive segments, along with the effects of specific bacteria on the health of those sites, they said.

“Improving horse health through modulation of the microbiome appears as a promising open avenue but also a strategy that is part of a comprehensive, holistic approach to ensure high sportive performance, good digestion and colon fermentation, and ultimately well-being.

In this context, pre and probiotics and new microbial-derived products such as non-viable bacteria or yeast or bacterial/fungal compounds – defined as postbiotics – are interesting microbiome-focused strategies.

They said that multidisciplinary approaches would be required to learn how pre, pro and postbiotics may influence and interact with the horse.

In the end, the primary goals will be to translate the benefits observed during research into real-life outcomes to answer the needs of the horse industry and support the development of targeted personalized solutions to improve equine performance, well-being, and health.

The review team included Chaucheyras-Durand, Audrey Sacy and Emmanuelle Apper, all with Lallemand SAS in France, and Kip Karges, with Lallemand Specialties Inc. in Milwaukee, Wisconsin. Lallemand is an animal nutrition company specializing in developing, producing, and marketing yeasts and bacteria.

The review, published under a Creative Commons Licensecan be read here. 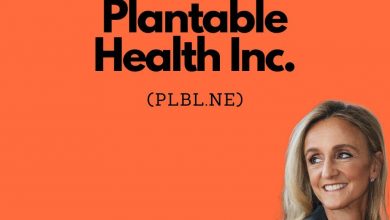 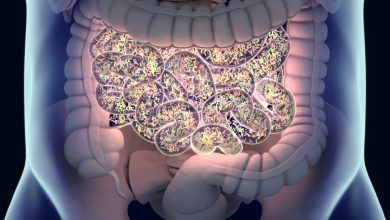 Could Exercise Be the Secret to a Healthy Gut Microbiome?