Analysis of data for more than 450 participants in the Prospective Observational Polish Study on Delirium (PROPOLIS), who were admitted to the hospital for stroke or transient ischemic attack (TIA), showed that those who developed delirium had a higher CRP level compared with those who did not have delirium — with a median between-group difference of almost 9 mg/L.

In addition, having a CRP level over 7.09 mg/L was associated with an increased risk for delirium.

The ability to predict who might develop poststroke delirium was improved when CRP was added to two other clinical models.

The findings were published online August 23 in Acta Psychiatrica Scandinavica.

Delirium affects about 25% of patients with acute stroke and is associated with an increased risk for poor functional outcome and mortality, the researchers note.

Accurate prediction of delirium is important so that preventive strategies may be implemented, high-risk patients can be closely monitored, and patient selection can be facilitated for future clinical trials on delirium, they add.

The investigators point out that current evidence “does not support the use of any biomarker for delirium in clinical practice.” However, biomarkers “may potentially aid in diagnosis, prediction, and monitoring of delirium.”

In particular, inflammatory biomarkers are “of special interest” because experimental and clinical studies have suggested that systemic inflammation contributes to the pathophysiology of delirium, the researchers note.

Previous findings suggest that CRP can predict delirium after surgery and in critically ill patients. Because serum CRP is often measured in patients who have sustained a stroke to monitor for infectious complications, there was an aim “to determine if addition of CRP to a model based on easy-to-access clinical predictors improves accuracy of delirium prediction in acute stroke patient.”

The current investigators analyzed data from PROPOLIS, an observational, single-center study of adult patients who had sustained ischemic stroke, TIA, or intracerebral hemorrhage and had been admitted to the hospital within 48 hours after symptom onset.

The current study included only patients whose CRP had been measured on admission within 24 hours after the onset of stroke symptoms (n = 459; median age, 73 years; 52.7% women).

Prestroke dependency was defined as a modified Rankin Scale score of 3 – 5. The Polish version of the Informant Questionnaire on Cognitive Decline in the Elderly was used to diagnose prestroke cognitive impairment.

Results showed patients who developed delirium had a higher CRP level compared with those who did not develop delirium (median level, 13.2 vs 4.4 mg/L; P < .001).

The area under the curve (AUC) for serum CRP was .72. The investigators compared this with the AUCs for age and NIHSS score — which were .64 and .75, respectively.

The univariate analysis showed that elevated CRP was associated with an increased risk for delirium, together with several other predictors (all Ps < .001):

The researchers then added a CRP of more than 7.09 mg/L to the two predictive models that included other risk factors.

Adding it to Model A, which included age and NIHSS score on admission, increased the AUC from .77 to .80 (P = .038). Adding it to Model B, which included NIHSS score on admission, atrial fibrillation, diabetes mellitus, prestroke dependency, and hemorrhagic stroke, increased the AUC from .81 to .84 (P=.016).

“Improvement in discrimination observed in our study after adding CRP to clinical models was moderate,” the researchers write. However, this is consistent with studies “showing that some validated prognostic markers only slightly improve discriminatory properties of predictive models.”

They note that a study limitation was the possibility that some patients may have already been delirious on admission, as no formal examination assessing the presence of delirium was conducted at that time. Additionally, the findings “require confirmation in an independent cohort.”

Despite these limitations, “CRP could be considered as a potential biomarker to stratify risk of delirium after stroke,” the investigators write.

Predicting who will develop poststroke delirium is “difficult,” said Quinn, who was not involved with the study. However, predicting those at risk is “important, as multicomponent interventions are proven to be effective at preventing the delirium.”

High CRP “may be a marker of infection or other pathology causing a systematic inflammatory response,” he noted.

“The finding of a high CRP may be a trigger to re-assess the patient and ensure that infection or other problems are not present,” Quinn said.

No source of study funding was listed. The investigators have reported no relevant financial relationships. Quinn has received funding from the Stroke Association and Chief Scientist Office Scotland for research on the topic of delirium and stroke.

Batya Swift Yasgur MA, LSW, is a freelance writer with a counseling practice in Teaneck, New Jersey. She is a regular contributor to numerous medical publications, including Medscape and WebMD, and is the author of several consumer-oriented health books, as well as Behind the Burqa: Our Lives in Afghanistan and How We Escaped to Freedom (the memoir of two brave Afghan sisters who told her their story). 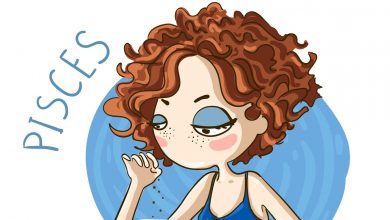 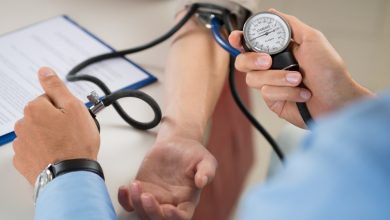 ASK THE NUTRITIONIST: How to track your own health

Characteristics of Saudi patients with NAFLD