As California settles into a third year of pandemic, covid-19 continues to pose a serious threat of death. But the number of people dying — and the demographics of those falling victim — has shifted notably from the first two years.

Given the collective immunity people have garnered through a combination of mass vaccination and protections built from earlier infections, Californians overall were far less likely to die from covid in 2022, when the omicron variant dominated, than during the first two years of the pandemic, when other variants were largely at play, amplifying a national trend.

Still, each week, the virus is killing hundreds of Californians, hitting hardest among the unvaccinated. The virus remained among the state’s leading causes of death in July, trailing heart disease, cancer, stroke, and Alzheimer’s disease but outpacing diabetes, accidental death, and a host of other debilitating diseases. In the first seven months of the year, about 13,500 California residents died of covid, according to preliminary death certificate data from the state Department of Public Health. By comparison, the virus killed about 31,400 people in 2020 and almost 44,000 in 2021.

From April 2020 through December 2021, covid killed an average of 3,600 people a month, making it the third-leading cause of death in the state cumulatively for that time period, behind heart disease and cancer. From December 2020 through February 2021, it briefly overtook heart disease as the leading cause of death, taking the lives of more than 38,300 Californians in just three months. During its most recent peak, in January 2022, covid took about 5,900 lives.

Covid fell out of the top 10 causes of death for a brief period in the spring only to reenter this summer as the omicron variant continued to mutate. In July, even with more than 70% of Californians fully vaccinated, covid was the fifth-leading cause of death, cutting short more than 1,000 lives, state data show.

Clearly vaccinations made a difference. Covid death rates fell in recent months as covid shots and prior infections afforded much of the population significant protection against severe illness, said Dr. Timothy Brewer, a professor of medicine and epidemiology at UCLA. Brewer said the omicron variant, while more transmissible than earlier strains, appears to be a milder version of the virus. Research into that question is ongoing, but preliminary data suggests omicron is less likely to cause serious disease and death, according to the Centers for Disease Control and Prevention, which also notes that the severity of symptoms can be affected by vaccination status, age, and other health conditions.

The decline in deaths was particularly striking among California’s Latino population.

Researchers point to several factors in the shift. During the first two years of the pandemic, large numbers of the workers deemed essential, who continued to report to job sites in person, were Latino, while white residents were more likely to be employed in occupations that allowed them to work from home, U.S. Census Bureau surveys show.

“They just got exposed more,” said Dr. George Rutherford, a professor of epidemiology and biostatistics at the University of California-San Francisco. “They’re doing essential jobs and had to leave the house and go to work.”

An imbalance in remote work remains, census data shows, but today the large majority of both Latino and white workers in California are reporting to work in person.

Seciah Aquino, deputy director of the Latino Coalition for a Healthy California, said efforts to make sure that testing, treatment, and vaccinations were available to underserved communities of color also had an impact. And because Latino communities were hit so hard during the pandemic, she said, many California Latinos are still wearing masks. “They are still making sure that they’re staying home if they’re sick,” she said. “They’re still abiding by those policies even if the greater narrative is changing.”

Age is also a key factor in the demographic shifts, Brewer said.

In the initial vaccination rollout, California prioritized seniors, first responders, and other essential workers, and for several months in 2021 older residents were much more likely to be vaccinated than younger Californians.

“Now, the vaccination rates have caught up pretty much with everybody except for kids, people under 18,” Brewer said. “You’re seeing it go back to what we saw before, which is that age remains the most important risk factor for death.”

More than 86% of Californians age 65 and older have completed their primary covid shot series. But the protection afforded by vaccines wanes over time, and since many seniors got their shots early, enough time passed between their second shot and the omicron wave of early 2022 to leave them vulnerable. About one-third of Californians 65 and older had not received a booster by early 2022, when the omicron wave peaked, and about one-quarter still haven’t received a booster.

Geographic shifts in covid prevalence have occurred throughout the pandemic: Outbreaks hit one area while another is spared, and then another community serves as the epicenter a few months later.

At the same time, Los Angeles-Long Beach-Anaheim metro residents made up 42% of covid deaths in 2022, down slightly from 43% in 2020-21. The area is home to about 33% of the state’s residents. A similar dip happened in the nearby Riverside-San Bernardino metro area.

Again, age could be a factor in the geographic shifts. A higher proportion of residents in San Francisco and Sacramento are 75 and older than in Los Angeles and Riverside, census data show.

It’s unclear whether this shift will last. As the Los Angeles Times reported, covid deaths grew at a faster pace in July in L.A. County than they did in the Bay Area.

This trend, too, may prove short-lived: The next generation of covid booster shots are rolling out across the state.

Phillip Reese is a data reporting specialist and an assistant professor of journalism at California State University-Sacramento. 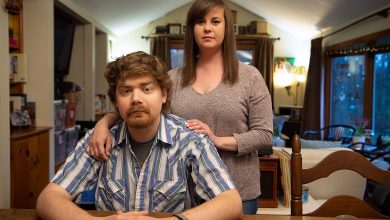 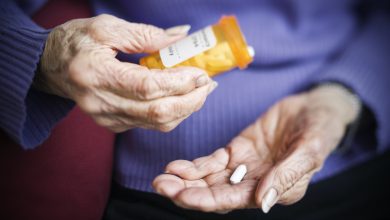 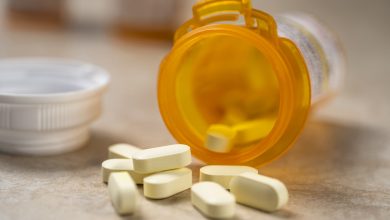 Public Opinion Is Unified on Lowering Drug Prices. Why Are Leaders Settling for Less? 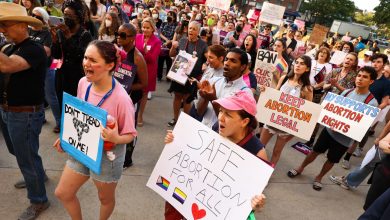 Actor Ashley Judd speaks out against the overturning of Roe v. calf