LONDON — With war raging between Russia and Ukraine, the world’s battle against the coronavirus has been largely sidelined and the second anniversary of Covid-19 being declared a pandemic by the World Health Organization could easily pass us by.

Covid was, and still is, a seismic event that has affected the lives of millions of people, causing heartache for those that lost loved ones and anxiety for millions of people who lost livelihoods as the pandemic caused widespread lockdowns and a massive hit to businesses both big and small.

Of course, the long-lasting impact on many individuals’ mental and physical health is yet to be fully measured or appreciated, with the effects of the virus — whether it be the malingering Covid symptoms or “long Covid” many people are experiencing, or its impact on the brain and body — still being investigated by scientists.

Two years ago, when the WHO declared on March 11, 2020, that Covid “could be characterized as a pandemic” little did we know that we would now have recorded over 452 million cases to date, and over 6 million deaths, according to data from Johns Hopkins University, which continues to keep a tally on the number of infections and fatalities.

The numbers are so immense it’s easy to forget that each of those deaths has been a tragic loss for someone, or some family.

While the human cost and emotional losses caused by the pandemic are incalculable, it’s worth celebrating the achievements made during the pandemic with an abundance of optimism on the day that the first preliminary clinical trial results emerged, on Nov. 9 2020 from Pfizer, indicating that its Covid vaccine developed with German biotech BioNTech in record-breaking time, which was highly effective against Covid.

Signaling a way out of the pandemic at last, stock markets soared and the vaccine maker hailed the discovery as a “great day for science and humanity.” The happy announcement was followed by similar results from Moderna, AstraZeneca and others.

Since then, a number of global manufacturers have produced millions of doses of Covid vaccines with the world’s most fortunate having received not only their initial, standard two-dose immunization but a booster too. For the world’s poorest a Covid vaccine, like other forms of basic health care, remains elusive and many experts say this should be a stain on the rich West’s conscience.

There are still many unanswered questions about Covid too, the biggest one being: Where did the virus come from?

It became something of a political hot potato during the pandemic with China, in which the virus first emerged in Wuhan in late 2019, denying that it was the source of the pandemic. After a long delay, an international team of scientists and public health experts were allowed into the country to investigate but they struggled to ascertain the origin of the virus. Although they ruled out any “lab leak” theory, it still remains a mystery with scientists believing that it still most likely originated in an animal.

While major global economies are reopening and many nations are now learning to “live” with the virus, public health experts are keen to stress that the pandemic is not over yet.

We’ve already learned the hard way that new variants of the virus can, and have emerged with each new strain we know about proving more virulent (though, thankfully, less deadly) than the last.

The emergence of the omicron variant — which proved far more transmissible but less deadly, and led to a sharp peak and fall of cases around the world — caught some governments by surprise and illustrated the different levels of tolerance that leaders were willing to demonstrate toward ” living with” Covid.

Some, like the UK, were more willing to take a “wait and see” approach to how much damage the variant could cause while others like Germany and the Netherlands, mindful of the stresses on their health systems, reinstated partial restrictions or lockdowns in late 2021

The move prompted protests from many quarters in Europe but demonstrations against Covid measures had become commonplace before then, with some members of the public questioning the public guidance and restrictions imposed on them, and others going further, denying the existence of Covid, with myth- spreading about the virus a perpetual bugbear for virologists, epidemiologists and front-line health care workers treating those sick or dying from Covid.

A person holds a sign as people gather during a protest against mandated coronavirus disease (COVID-19) vaccines and vaccine passports, in New York, September 27, 2021.

WHO’s Director General Tedros Adhanom Ghebreyesus, a familiar face to millions of us now, said on Thursday on the eve of the two-year anniversary of Covid being declared a pandemic that “although reported cases and deaths are declining globally, and several countries have lifted restrictions, the pandemic is far from over.”

In a message broadcast on Twitter Thursday, Tedros reiterated the WHO’s mantra that Covid “will not be over anywhere until it’s over everywhere” and he said the WHO was concerned at the number of countries “drastically” reducing testing and that this “inhibits our ability to see where the virus is, how it’s spreading and how it’s evolving.”

For countries like the UK, where the government has announced it will scrap most free lateral flow tests on April 1, the end of widespread testing is a worry for some public health experts that say cases are already rising in older age groups, once again, as there is more socializing and as booster jabs wear off. Whether booster shots will continue to be rolled out remains a moot point, however.

A close eye is also being kept on a sublineage of omicron, known as BA.2, with early reports suggesting it’s even more transmissible than its omicron forebear, BA.1.

dr Jenny Harries, chief executive of the UK Health Security Agency, was among those sounding the alarm after data showed that an increasing number of people aged 55 and older have Covid in the UK, and that the prevalence of BA.2 is rising.

“Cases have declined approximately following the peak of the Omicron wave [but] the increasing presence of the BA.2 sub-lineage of omicron and the recent slight increase in infections in those over 55 shows that the pandemic is not over and that we can expect to see Covid-19 circulating at high levels,” Harries said in an UKHSA statement Thursday.

We know that the protection from Covid that’s provided by vaccines wanes over time and some countries are mulling the idea of ​​deploying further booster jabs. Israel announced in January that it would offer fourth jabs to health care workers and the over-60s.

Repeated booster programs have been criticized by some virologists and the WHO has said blanket booster programs mean poor countries could continue to struggle to obtain initial doses and that an unequal access to immunizations could lead to new variants. 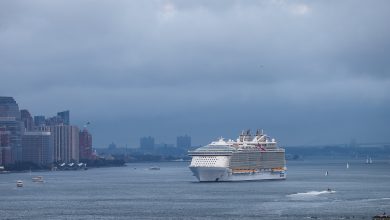 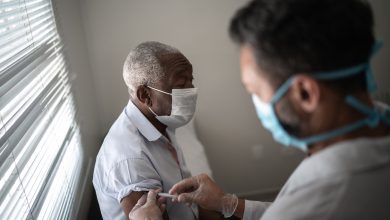