I own a yoga studio.

This is my usual answer to the clichéd (and somewhat archaic) question, “What are you doing?”

I have never disturbed the query until now. In truth, it would normally make me glow with pride and joy, as if asking a child what their favorite ice cream flavor was.

But that was before COVID-19.

Now the answer is accompanied by an inner fear that is reinforced by some anti-yogi feelings and an expanded response once the compassionate gaze of the person asking the question becomes evident, “I know. I’m fucked up “

The obvious disdain shown wouldn’t seem so surprising considering I wrote a book called “I Hate Yoga” a few years ago, but that was a wink and was written with the aim of people to make you love yoga.

I didn’t think I was going to manifest the possible demise of my business with a cheeky title (and I still don’t know) – it was simply an attempt to counter all the confident proclamations that come from the mouths of people who practice yoga on a regular basis practice. I thought it was fun.

Nothing funny about it now; However, there is potential for an even more aptly updated title: Covid Hates Yoga.

And it really does.

Yoga studios close permanently worldwide. Most spun to go online like other companies, but no one can argue that the heartfelt essence of true yoga and many of its benefits come from the community and connection, not the bandwidth and bright lighting. and in addition to making them feel soulless, most online offerings are not very profitable, which is why yoga studios close like windows to a hurricane.

There’s no point in the harshness of our current reality and the cruel irony of the fact that yoga studios – which over the years have helped thousands maintain and improve their wellbeing – are closing their communities for safety reasons.

It can be difficult to wrap your head around such a cold paradox.

But here we are.

Traditionally, yogis must practice ahimsa to promote conflict. The Sanskrit term means “do not harm others”.

When my yoga studio was allowed to reopen in August and September last year, despite having a 20 percent capacity with a minimum of six feet between the mats, I struggled with the moral of it all. What if, despite taking all precautions, someone still gets sick?

I was hoping an improved ventilation system combined with an energy recovery fan, HEPA filters, and strict cleaning protocols would prevent infection, but how could I be sure that would be enough?

I could not. All we can do is follow guidelines, keep the risk as low as possible, and drop the chips where they like. Despite the uncertainty of COVID, the classes were full because our clients wanted their hot yoga and pilates. You suffered without it. I have the emails to prove this – the requests from our community to do whatever we can to stay open have been substantial.

The extra effort paid off, although the chances were certainly better in the summer break than in the middle of the darker days we are currently experiencing. Playing cards with COVID would likely be a guarantee that even Yoga would leave Vegas a loser.

Fortunately, while we were open no one got sick … except me. Not with COVID-19, but with stress-related health problems that continue to this day. The virus could argue that it indirectly drove me to it, along with thousands of others suffering from mental health problems, anxiety, depression, and a host of other illnesses that COVID could hang its hats on.

Trying to balance, keep a business afloat while the coronavirus shark lurks beneath it is not conducive to wellbeing.

The persistent “life versus livelihood” argument is taking on new complexity in the fitness industry. How can you help someone feel their best while exposing them to possibly the worst – a virus that, with good intentions, throws their nose up just before it comes up yours? No matter how many guidelines I’ve exceeded, safety is tough to achieve in this pandemic. Even the health officials wavered on their recommendations.

Yoga is said to bring enlightenment through meditation, asanas and deep breathing, so I keep searching within myself and calling for insights during my practice, but my inner guru does not pick up the phone. COVID has changed the number. It hates yoga.

Perhaps my yoga business can survive until the vaccines work their magic and safety is no longer a bothersome issue. Maybe it can’t.

None of this seems to be just a matter of business survival or failure. There are a few recordings of existentialism mixed in with this story.

I know. I can feel my eyes roll “Existentialism? Oh, enlighten us with the depth of everything, Shiva.”

But it is true. Existentialists believe that society should not restrict an individual’s life or actions, since such restrictions impede that person’s free will and the natural progression of that person’s potential.

In the current COVID reality, one could argue that existentialism is no longer valid. COVID hates existentialism – it distributes punishment to its proponents and their seemingly self-righteous idealism. COVID doesn’t care. It wins again.

However, this fight is not over yet. Despite all the political nonsense and mixed messages from various governments and health agencies, I know we will get through this and I really hope we can learn lessons from this, but what do I know?

I am not a prophet, epidemiologist, politician or philosopher.

I own a yoga studio.

First Person is a daily personal piece submitted by readers. Do you have a story to tell See our guidelines at tgam.ca/essayguide. 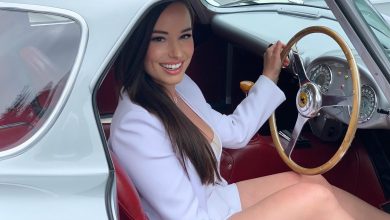 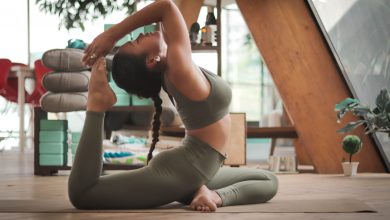 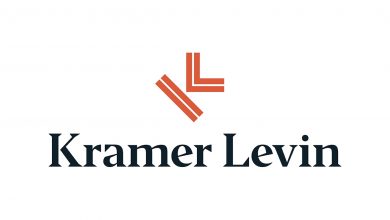