Healthcare workers treat a Covid-19 patient on the Intensive Care Unit (ICU) floor at Hartford Hospital in Hartford, Connecticut, US, on Monday, Jan. 31, 2022.

Covid and flu hospitalizations are increasing, while respiratory syncytial virus appears to be retreating in some states, the Centers for Disease Control and Prevention reported Friday.

As millions of people prepare to travel and gather for the holidays, public health officials are concerned that the worst is still ahead.

Hospitals this winter are facing the simultaneous threat of Covid, flu and RSV for the first time. Circulation of flu and RSV was very low during the pandemic due to widespread masking and social distancing implemented in response to Covid.

But as most people return to normal life, traveling and gathering largely unmasked, all three viruses are circulating widely. Public health officials have said many people are probably more vulnerable to flu and RSV this year because they weren’t infected the past two years, which means their immunity is lower.

With Covid, many people are no longer up to date on their vaccines, which means their immunity is falling at a time when more infectious omicron subvariants have risen to dominance.

“The past several years have certainly not been easy, and we now face yet another surge of illness,” Dr. Rochelle Walensky, director of the CDC, told reporters Monday. “Another moment of overstretched capacity and really one of tragic and often preventable sadness.”

More than 25,000 people were admitted to hospitals with the flu during the week ending Dec. 3, an increase of 32% compared with the week prior, according to a report published by the CDC on Friday.

The hospitalization rate for the flu remains at the highest level for this time of year in a decade, according to the CDC. At least 13 million people have fallen ill with the flu, 120,000 people have been hospitalized, and 7,300 people have died.

Hospitalizations of people with Covid have increased about 14% week over week to more than 4,800 admissions per day on average, according to CDC data. More than 50% of those hospitalized with Covid are ages 70 and older.

Walensky on Monday strongly encouraged everyone who is eligible to get their Covid booster and flu shot. There is no vaccine for RSV.

The CDC director also encouraged people to wear masks to help reduce the spread of respiratory illnesses, particularly those who live in areas with high Covid community levels.

Outpatient visits for respiratory illnesses resembling the flu, defined as a fever plus cough or sore throat, are high across 43 states right now, according to CDC data.

RSV, on the other hand, appears to have peaked in some states. The weekly hospitalization rate for infants younger than six months remains higher than every year since 2018, according to a CDC surveillance system that tracks data from 58 counties in 12 states.

But the rate of admissions has dropped 53% since this season’s peak in early November, according to the data.

The weekly RSV hospitalization rate for seniors has dropped about 17% since the peak in November, according to the data.

“We have seen signs that RSV may have peaked in some areas like the South and Southeast and may be leveling off in the mid-Atlantic, New England and Midwest,” Walensky told reporters Monday.

Children’s hospitals in November called on the Biden administration to declare a public health emergency in response to surging rates of RSV and flu admissions. 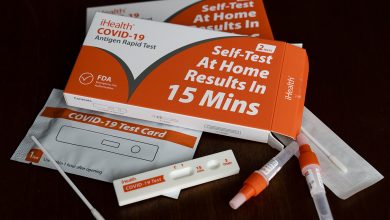 What Patients Can Learn With Confidence From One Negative Rapid Test (Hint: Very Little) 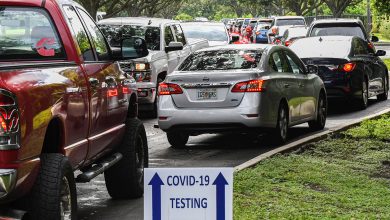 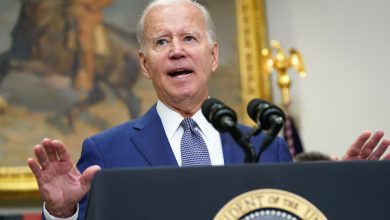 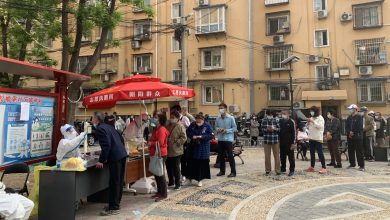