The gastrointestinal tract contains trillions of microbes – collectively known as the gut microbiota – that play essential roles in physiology and health. More recently, the scientific community has begun paying more attention to the human gut as a complex ecosystem of bacteria, archaea, eukaryotes, and viruses with robust connections to the rest of the body.

Microbes that comprise the gut microbiome can weigh up to 2 kg and are imperative to host digestion, metabolic function, and resistance to infection. The human gut microbiota has an enormous metabolic capacity, with over 1000 different unique bacterial species and over 3 million unique genes. Yet current science has only just begun to unravel how these microbes affect overall human health.

Could exercise be the secret to a healthy gut microbiome?

the earliest evidence was found in animal studies, which found that physically active mice had significantly lower numbers of the bacteria Turicibacter – the presence of which is associated with an increased risk of bowel disease. Additionally, researchers have reported that exercise is associated with higher levels of butyrate in rats; this compound is the primary fuel for gut cells, controls gut barrier function, and regulates inflammation.

Human Studies have mostly validated these findings. In a cross-sectional study, Bressa et al. compared active women with sedentary controls and observed that women who performed at least 3 hours of exercise per week had increased levels of Faecalibacterium prausnitzii, Roseburia hominis, and Akkermansia muciniphila. F. prausnitzii and R. hominis. These are known butyrate producers and have been associated with metabolic health benefits.

Findings from the first human longitudinal study published in 2018 and subsequent trials confirmed the independent effects of exercise on the gut microbiota. However, a longer duration or higher intensity of activity may be required to induce significant changes, and the microbiota of lean individuals may be more responsive than that of overweight or obese individuals.

Despite a growing body of evidence supporting the gut-exercise connection, the underlying mechanisms that lead to microbiome alterations remain largely unconfirmed. Experts believe that the production of lactate during physical activity could serve as fuel for particular bacterial species and that exercise-induced changes to the immune system could have an effect.

Additionally, exercise ages blood flow to the gut, which could impact the cells lining the gut wall leading to microbial changes – as could hormonal changes.

“Exercise seems to be affecting our gut microbes by increasing bacterial communities that produce short-chain fatty acids (SCFAs),” Jeffrey Woods, a kinesiology and community health professor at the University of Illinois at Urbana-Champaign, told the BBC in an interview.

“Short chain fatty acids are a type of fatty acids that are primarily produced by microbes and have been shown to modify our metabolism, immunity and other physiological processes,” explained Jacob Allen, an assistant professor of exercise physiology at the University of Illinois who works alongside Woods.

There is still much to learn about how exercise impacts the gut microbiome, including how different forms of activity, duration, and intensity alter the system. It is also essential to uncover the differences between individuals based on factors such as BMI, dietary patterns, stress levels, and sleep.

The gut microbiome plays many roles in human health, including regulating energy homeostasis, immune function, and metabolism. It can also modulate brain chemistry by producing neuromodulators such as serotonin and dopamine, impacting mental health.

While the systemic health benefits of routine physical activity are well-established, the potential to improve gut health may be one more reason to exercise. As the gut is implicated in various biologic pathways and disease states, exercise-based lifestyle interventions may offer a multi-faceted approach to improving health outcomes.

Physical activity independently ages the composition and functional capacity of the gut microbiome; however, exercise-induced changes may depend on obesity status, exercise modality, and intensity. Such good microbiome alterations are likely to have numerous benefits for human health and are an ongoing subject of study. 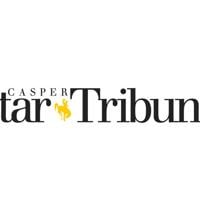 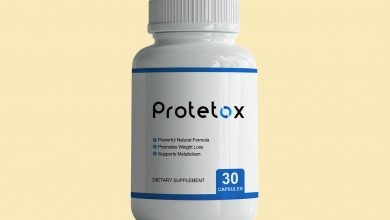 Protetox Reviews: Is It Safe or Serious Side Effects Risk? Startling Truth Discovered!