In southwest Colorado, a number of parks and organizations are working together to create what may become the world’s largest dark sky reserve.

Standing in the roofless Smokey Jack Observatory in Westcliffe, Colorado, craning your neck to trace the long arc of the Milky Way, you might feel insignificant amid all that sparkles above you. With mountains shielding the night sky on three sides, this tiny town in the Wet Mountain Valley is the highest International Dark Sky Community in the world (elevation: 7,867), and it has not-so-tiny dreams: to be part of the biggest dark sky reserve on the planet.

And that dream could become a reality soon. A growing number of groups—from preserves like Great Sand Dunes National Park to local cooperatives like San Luis Valley Great Outdoors—are moving to create the Sangre de Cristo International Dark Sky Reserve, the second in the United States (joining ranks with the Central Idaho Dark Sky Reserve) and the world’s largest. The coalition aims to apply for designation through the International Dark-Sky Association (IDA) by the end of 2022.

At nine times the size of Los Angeles, an eye-popping 4,200 square miles of southwest Colorado could become protected from the mountains upward, a high sanctuary where light pollution is forever limited, where tiny towns could get a new pulse of life, where tourism takes place in the dark. It’s a push-pull between old agriculture and new tourism, and, in the words of Clint Smith, president of Dark Skies, Inc. of the Wet Mountain Valley, “It’s a matter of time. Tourism wants win.”

But for some, tourism doesn’t even clock on the dark-sky radar. Folks like Aaron Watson, director of Dark Skies Paonia, seek out the designation strictly for environmental and health reasons. He points out that as with air pollution, light pollution has alarming impacts on both humans and nature—from insomnia, weight gain, mental health issues, and cancer to disoriented birds migrating overnight and “confused” trees blooming before spring. Yet for others, the move to protect our night skies makes simple financial and environmental sense: The US reportedly wastes 30 percent of its outdoor light, costing $3.3 billion annually, and lighting makes up 5 percent of global greenhouse gases. But whether the motivation is to boost tourism, save resources, or protect environmental health, the idea and the result are the same: Wilderness doesn’t stop at the top of the Rockies’ 14,000-foot peaks.

And unlike so many pushes for environmental protection, this one might be achievable.

“We can pretty easily manage this form of pollution,” explains Dani Robben, Community Connections coordinator at San Luis Valley Great Outdoors. But convincing local ranches, HOAs, and farms throughout the valley to get on board has been a struggle. “People want to see it happen, but it’s kind of a new concept for a lot of them,” adds Robben. “We’ve never had to worry about our night skies before, especially in rural Colorado.”

Beyond building broad public support, there are a lot of hoops to jump through to receive the International Dark-Sky Association’s lofty designation. To qualify as a reserve, the proposed site must be public or private land of at least 270 square miles. Sky quality meter (SQM) readings need to be equal to or darker than 20 magnitudes per square arc second, a measurement scientists use for star and sky brightness. Eighty percent of the area—in this case, portions of Alamosa, Chaffee, Custer, Freemont, Huerfano, and Saguache Counties—and 80 percent of the population need to meet IDA criteria. That can mean, among other things, public and private street lighting controlled by lighting ordinances, a minimum five-year community commitment, dark-sky educational programs, and dark-sky community signs.

“At first, we didn’t want Salida,” recalls Robben, speaking of one of the more populous communities in the immediate region. But IDA required they address “threats” to the reserve’s core, composed of the Rio Grande National Forest and Pike–San Isabel National Forests. Salida fell in the “outer zone,” an area roughly nine miles in all directions from the designated core. Robben says Salida is “getting on board,” and the town has begun measuring area light levels and pollution after voting to pursue community designation.

The region’s dark-sky tally keeps growing: Blanca has written a dark-sky ordinance for its town, while Crestone received its dark-sky community designation in May 2021. Talks are happening in Alamosa, the largest community within the proposed reserve and gateway to Great Sand Dunes National Park (an International Dark Sky Park as of 2019).

As the finish line for an official designation nears, the obstacles will shift from urban to nature—with few roads, getting SQM readings from the dense, forested core can be a challenge, Robben adds, but a welcome one.

Even without the formal title of the world’s largest dark sky reserve, southwest Colorado has started to “look up,” pioneering a new way of life, of tourism, of a connection to nature in our glowing wilderness, above 14,000 feet. 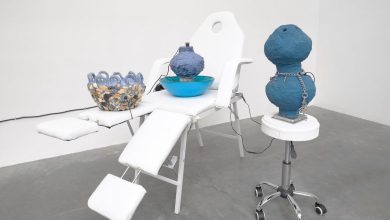 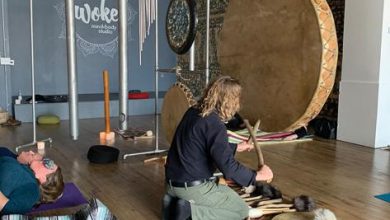 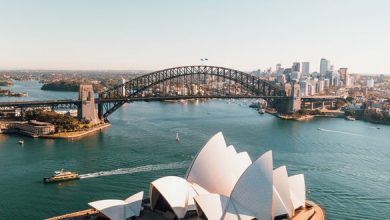 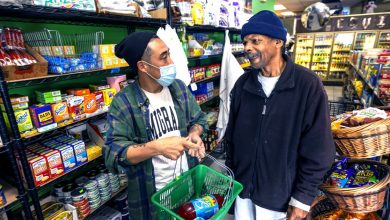