The top US health regulators on Tuesday cleared fourth Covid vaccine doses for older adults, amid uncertainty over whether an even more contagious version of omicron will cause another wave of infections in the US as it has in Europe and China.

The Centers for Disease Control and Prevention quickly signed off on the decision, paving the way for those eligible to get a new round of boosters. The CDC also recommended that all adults who received two doses of Johnson & Johnson’s vaccine get third shots using Pfizer or Moderna. Adults who received the J&J vaccine and a second shot of Pfizer or Moderna are not yet eligible for a third dose, unless they are age 50 and older or have compromised immune systems.

All of the new boosters are to be administered at least four months after the last shot.

The FDA and CDC made the decision without calling meetings of their vaccine advisory committees, a rare move the agencies have made more frequently over the course of the pandemic to expand uses of already-approved Covid vaccines. The drug regulator’s authorization comes just two weeks after Pfizer and Moderna asked the FDA to permit a second booster shot based on data from Israel.

The FDA’s advisory committee on vaccines is scheduled to meet on April 6 to discuss the future of booster shots in the US The vaccine experts are expected to hold a broad discussion about boosters and will not vote on a specific recommendation.

dr Peter Marks, head of the FDA office responsible for vaccine safety and efficacy, said the drug regulator did not call an advisory meeting because the decision was “relatively straightforward.”

“This fourth booster dose is something that evidence that we have now from Israel suggests that by getting this, one can reduce the risk of hospitalization and death in this population of older individuals,” Marks said during a call with reporters after the decision.

dr Paul Offit, a committee member, criticized the drug regulator for moving forward without holding an open meeting where the American public can hear experts weigh the data and make a recommendation to the FDA about the best path forward. The vaccine advisory committee’s recommendations are nonbinding, but they help provide transparency for the public.

“It’s just sort of fait accompli,” Offit said of the FDA authorization. “So is this the way it works? We talk endlessly about how we follow the science — it doesn’t seem to work out that way.”

The FDA has not called on the committee members to make a recommendation on booster shots since last fall when they voted in favor of a third Pfizer or Moderna dose for people age 65 and older and younger people at risk of severe Covid.

Health experts disagree on whether a fourth vaccine dose is needed right now, although the debate is nuanced. There is a broader agreement that the elderly or people with compromised immune systems may benefit from additional protection. Another booster shot for young, healthy adults is more controversial, as they are less susceptible to severe illness from Covid.

dr Peter Hotez, a vaccine expert at the Baylor College of Medicine in Houston, said some scientists believe the only purpose of the shots is to keep people out of the hospital. However, Hotez said vaccine policy should also seek to prevent infection and long Covid. The effectiveness of the third dose against hospitalization from omicron has also declined over time, he said.

“That gives me pause for concern that the boosters are not necessarily holding up as well as we’d like,” said Hotez, who strongly supports a fourth dose based on Israeli data showing another booster increases protection for people older than 60.

Israeli scientists, in a study published last week, found the death rate from omicron was 78% lower in senior citizens 60- to 100-years-old who received a fourth Pfizer dose compared with those who received just three shots. The study, which has not undergone peer review, examined the medical records of more than 500,000 people from January through February at Clalit Health Services, Israel’s largest health-care provider.

The FDA decision to authorize fourth doses for those age 50 and older was broader than Pfizer’s request and narrower than Moderna’s. Pfizer had asked the FDA to clear fourth doses for those age 65 and older, while Moderna asked the drug regulator to permit them for all adults age 18 and older. Moderna CEO Stephane Bancel CNBC last week that the biotech company filed told a broader request in order to give the FDA flexibility to decide which age group needs a fourth dose right now.

John Moore, a professor of microbiology and immunology at Weill Cornell Medical College, criticized Moderna’s request for a fourth dose for all adults as an aggressive, blanket application that doesn’t distinguish between the different needs that older and younger people have.

“The old and frail person has much more need of an additional vaccine dose than a young healthy athlete,” Moore said.

The authorization of fourth shots comes as a more contagious omicron subvariant, BA.2, has caused new waves of infection in major European nations and China, which is battling its worst outbreak since 2020. BA.2 has gained ground in the US since February and is expected to become the dominant variant here in the coming weeks. White House Chief Medical Advisor Dr. Anthony Fauci has said infections might increase in the US due to BA.2, though he doesn’t expect another wave.

“We’re hoping that by taking this action, we will help allow people to take steps to protect themselves should we have another wave that comes through this country,” Marks said.

BA.2 generally does not make people sicker than the earlier version of omicron, BA.1, and the vaccines have the same level of effectiveness against both types of the variant, according to studies from South Africa and Qatar among others. Neither study has undergone peer review.

It’s unclear if the FDA will also approve fourth doses for younger adults at some point, as there’s less data to support such a decision right now. Marks said the US might need a more general booster campaign for people under 50 years old in the fall, when Covid will likely pick up again and immunity will have waned. He also said the US might have to switch to a vaccine that targets a specific variant such as omicron. The current vaccines were developed against the Wuhan strain.

An Israeli study from February among health-care workers ages 18 and older indicated that a fourth dose does not boost immunity but restores it to the peak strength of the third dose. Many people in the study who received a fourth dose still got infected, although they were either asymptomatic or had mild symptoms.

“A fourth vaccination of healthy young health-care workers may have only marginal benefits,” Dr. Gili Regev-Yochay and a team of scientists from Sheba Medical Center and Israel’s Ministry of Health who conducted the study wrote in a letter to the New England Journal of Medicine this month.

The FDA advisory committee voted overwhelmingly against a third dose for everyone age 16 and older in September last year because the experts felt there wasn’t enough data to support such a decision. Two months later, the FDA authorized Moderna and Pfizer boosters for all adults without holding an advisory committee meeting, and then lowered eligibility in December and January to include everyone 12 and older. 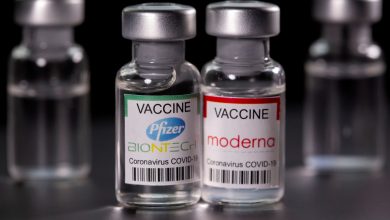 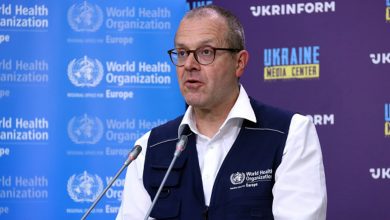 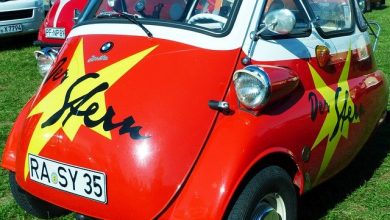 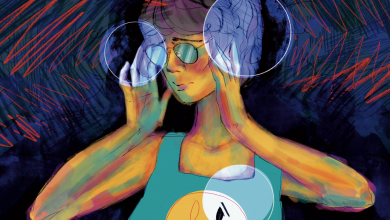