CDC director Dr. Rochelle Walensky defended the agency’s decision to tell people fully vaccinated against Covid-19 that they can go without a mask as state and local officials grapple with whether to follow suit.

The CDC recommendation has created some confusion as it does not override local mask mandates. States, municipalities and corporations can decide whether or not to follow suit. There is also no definitive way of tracking who received a vaccine, forcing companies to work on some kind of honor system.

“This was not permission to take off masks for everyone everywhere. This was a really scientifically motivated, individual assessment of your risk,” Walensky said on NBC’s Meet the Press on Sunday morning.

The Centers for Disease Control and Prevention updated their guidelines Thursday stating that it is safe for fully vaccinated Americans to remove their masks in most environments, whether they are outdoors or indoors. It is the first time in more than a year that the federal government has endorsed the shedding of masks and marks a major turning point for the pandemic.

Masks are still required on airplanes, buses, and public transport.

The Chief Medical Officer of the White House, Dr. Anthony Fauci, reiterated the guidance when he appeared on CBS’s “Face The Nation” later that morning.

“There has been an accumulation of data showing the effectiveness of the vaccines in the real world,” said Fauci. “It is even better than in the clinical studies, well over 90% protect you from the disease.”

“Although breakthrough infections do occur in people who have been vaccinated, people are almost always asymptomatic and virus levels are so low that it is extremely unlikely, not impossible, but very, very small, that they will be transmitted,” said Fauci.

President Joe Biden, who was criticized last month for not removing his mask after the CDC declared that fully vaccinated Americans could go outdoors without them, has followed the new guidelines. Biden shared a picture of him on Sunday afternoon meeting six people in the Oval Office without a mask last week.

Nevertheless, some states have decided to keep the mask mandates for the time being. New Jersey and Hawaii will ask people to continue wearing masks indoors.

National Nurses United, which describes itself as the largest union of registered nurses in the US, condemned the CDC’s guidelines in a statement Friday, calling on the agency to revise the guidelines.

“These latest CDC guidelines are not scientifically based, do not protect public health, or threaten the lives of patients, nurses and other frontline workers across the country,” said Bonnie Castillo, executive director of the NNU, in a statement. She added that relaxing mask rules will disproportionately harm people with color.

“Now is not the time to loosen safeguards and we are outraged that the CDC did just that while we are in the midst of the deadliest pandemic in a century,” Castillo said.

The CDC did not immediately respond to a request for comment.

Some states follow the advice of the CDC. Illinois, Connecticut, Oregon, Pennsylvania, Washington, Minnesota, Nevada, Kentucky, and Oregon have all said they were relaxing their mask rules. Texas had canceled its mask mandates prior to the CDC’s recommendation.

Officials from New York and California, two of the hardest-hit states, are currently reviewing the CDC’s changes and have not yet given any guidance as to what means mandates remain.

Some retailers, including Target, Gap, Home Depot, and Ulta Beauty, have also announced that they will be keeping the pandemic logs.

“Elementary workers are still being forced to play masked police for shoppers who are not vaccinated and who refuse to follow local COVID safety measures. Should they become the vaccination police now?” Said Marc Perrone, president of United Food and Commercial Workers Union in a statement shared with CNBC on Friday.

Fauci said the CDC will come out in the next few weeks and clarify in more detail when masks are appropriate.

As of Friday, more than 156 million Americans had received at least one dose of a Covid vaccine, according to the CDC. According to the agency, around 121 million are fully vaccinated. 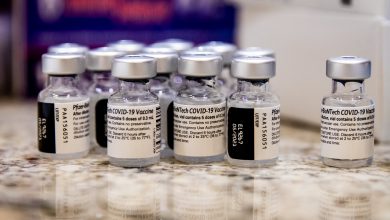 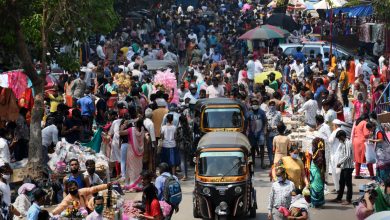