The World Health Organization on Friday warned that urgent action is needed to contain the spread of monkeypox in Europe, as cases have tripled over the past two weeks.

Europe is the center of a global outbreak of the virus with 90% of confirmed monkeypox cases reported there, according to the WHO. New infections have tripled since June 15 with 4,500 confirmed cases across 31 European nations.

Henri Kluge, the head of WHO Europe, called on governments to ramp efforts to prevent monkeypox from establishing itself on the continent, warning that time is of the essence.

“Urgent and coordinated action is imperative if we are to turn a corner in the race to reverse the ongoing spread of this disease,” Kluge said.

The World Health Organization on Saturday declined to declare monkeypox a public health emergency of international concern, its highest alert level. However, WHO chief Tedros Adhanom Ghebreyesus said monkeypox is an evolving health threat. Tedros called on governments to step up surveillance, contact tracing and to make sure people at high risk have access to vaccines and antivirals.

Kluge said the WHO will likely reconsider whether monkeypox is a global health emergency soon, given the “rapid evolution and emergency nature of the event.” He said 99% of monkeypox patients in Europe are men between the ages of 21 and 40. The majority of the patients who provided demographic information identified as men who have sex with men, he said.

Monkeypox primarily spreads through close physical contact with much of the transmission in the current outbreak happening through sex. However, small numbers of cases have now been reported in which the patients did not catch the virus during sexual contact, Kluge said. Family members of infected individuals, heterosexual contacts as well as children have also caught the virus, he said.

Among patients where information was available on their status, nearly 10% were hospitalized for treatment or isolation and one patient ended up in an intensive care unit, Kluge said. Nobody in Europe has died so far from the virus, he said.

“There is simply no room for complacency – especially right here in the European Region with its fast-moving outbreak that with every hour, day and week is extending its reach into previously unaffected areas,” Kluge said.

The stigmatization of men who have sex with men in some countries has made it difficult to get a full picture of the outbreak, Kluge said. Some people with monkeypox symptoms might avoid going to health-care providers for a diagnosis because they are fearful of consequences if someone finds out they are gay or bisexual, Kluge said. However, clearly communicating the reality of the current outbreak is also crucial, he added.

“We know from our lessons in dealing with HIV how stigma further fuels outbreaks and epidemics, but allowing our fear of creating stigma to prevent us from acting may be just as damaging,” Kluge said.

Kluge said public health authorities in Europe must quickly ramp up surveillance for monkeypox and their capacity to diagnose the disease and sequence samples. Contacts of people who have monkeypox also need to be quickly identified to stop the spread, he said.

Public health authorities also need to get the word out among high risk communities and the wider public about what precautions to take when attending mass gatherings this summer, Kluge said. And vaccines need to be distributed in equitable manner with a focus on those most at risk, he added.

Monkeypox primarily spreads through close physical contact with a person who is infected or contaminated material such as shared clothing or bedsheets. The virus can spread through respiratory droplets if an infected person has lesions in their throat or mouth. That requires sustained face-to-face contact, however. Monkeypox is not believed to spread through aerosol particles like Covid-19.

Respiratory droplets fall to the ground quickly, while aerosol particles linger in the air for a longer period of time, which is one of the reasons Covid is so contagious.

Monkeypox is in the same virus family as smallpox, but it has milder symptoms. Most people recover in two to four weeks without specific medical treatment.

Monkeypox often begins with symptoms similar to the flu, such as fever, headache, soar throat, body aches, chills, exhaustion, diarrhea and swollen lymph nodes. A rash that looks like pimples or blisters then appears on the body. People are most infectious when they have the rash.

Kluge said the vast majority of patients in Europe had a rash and about three quarters reported flulike symptoms. 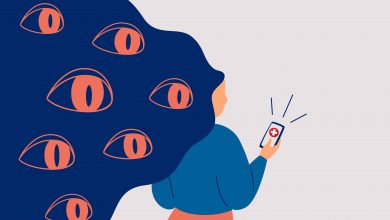 The Private Sector Steps In to Protect Online Health Privacy, but Critics Say It Can’t Be Trusted 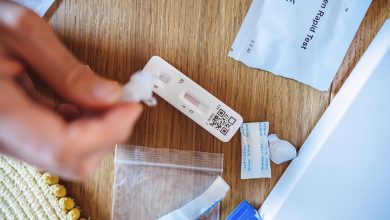 KHN’s ‘What the Health?’: Life After ‘Roe’ Is … Confusing 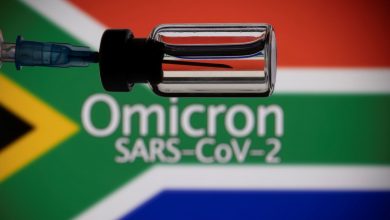 WHO tracks omicron BA.4 and BA.5 subvariants as they spread through Africa and Europe