The patient presented to a local memory clinic with memory problems. The clinical assessment did not reveal any abnormalities. Two years later he presented himself with social disinhibition, reduced empathy, poor judgment, hoarding, inattention and emotional dulling, as well as prominent difficulties with abstraction, shifting sentences and sequencing.

He was diagnosed with a behavior variant FTD (bvFTD). A family history of his mother died at the age of 97 with symptoms of dementia.

Magnetic resonance imaging (MRI) showed more right-sided than left-sided temporal atrophy, bilateral frontal and milder parietal atrophy. Fluorodeoxyglucose (FDG) -PET showed frontotemporal hypometabolism. He was homozygous for the APOE ε4 allele. However, florbetapir PET showed increased tracer binding in all cortical regions with a centiloid value of 74%. He died at the age of 74 after developing grip reflexes and Parkinson’s disease.

The autopsy revealed coexisting pathologies of TDP-43 type A and Alzheimer’s disease (AD), as well as cerebrovascular disease. The brain exhibited significant atrophy, neuronal loss, and gliosis in the temporal neocortex and amygdala with lesser importance in the frontal cortex.

The basal ganglia showed a strong compromise of the perforation arteries with calcification and some dew deposits. All neocortical regions and the subcortical gray matter contained diffuse subpial and perivascular amyloid plaques. The occipital cortex showed some nuclear plaques and severe amyloid angiopathy.

The tau-related pathology was severe in the CA1 and CA2 sectors and in the entorhinal cortex. The neocortex showed few neuritic plaques with more pronounced changes in the temporal and parietal lobes.

Abnormal TDP-43 deposits consisted of neural cytoplasmic inclusions and dystrophic neurites (DN) that were similar in density in the hippocampus (dentate gyrus) and amygdala, while DN was more pronounced in the temporal neocortex. The TDP-43-related pathology was milder in the frontal neocortex. The pathological features agreed with FTLD-TDP type A, Braak neurofibrillary tangles in stage 2 (0-6), the neuritic CERAD plaque score B (sparse), Thal phase 5 (Aβ plaque score 0-5 ) and severe disease of small vessels coincide in the basal ganglia.

The study researchers said the patient’s chances of having AD with a positive amyloid PET, a low clinical probability of AD before PET, age, and APOE ε4 positivity is “only 0.2”. Although the finding of TDP-43 type A pathology suggests LATE-NC as the diagnosis, clinical phenotype, age, brain MRI, FTD-PET, and the distribution and severity of the TDP-43 pathology suggest Patients continue to rely on FTLD.

The study’s researchers concluded that the case “highlights the importance of integrating clinical evaluation, patterns of brain atrophy and FDG-PET hypometabolism, and potential genetic etiologies, [pretest] Probability of amyloid positivity and variability of clinicopathological relationships prior to definitive diagnosis. “ 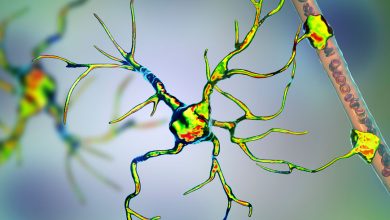 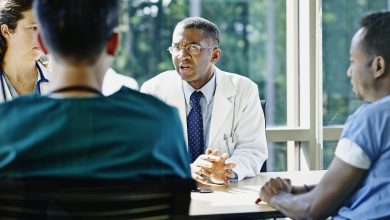 The proportion of black doctors has hardly changed since 1900

Dementia is associated with increased pain years before diagnosis