Billi Mucklow has been silent on Instagram over recent weeks, but took to the social media platform on Monday morning to share a sweet snap of herself and new husband Andy Carroll tying the knot over the weekend

Billi Mucklow has confirmed she is now a happily married woman, by sharing a sweet snap from her wedding day on Instagram.

The former TOWIE star took to social media to let her followers know she and Andy Carroll had tied the knot, captioning a shot of herself and the groom: “05-06-2022 [white dove emoji].”

The bride, 34, and the out-of-contract footballer, 33, became husband and wife on Saturday, after a rocky few weeks thanks to the groom’s stag do antics last month.

Billi – who was snapped without her engagement ring on Wednesday – reportedly held crisis talks with the father of her three children, after two blonde women ended up in the former Liverpool striker’s bed in Dubai during his stag do celebrations last month.

One of the women in the snaps insists “nothing sexual happened” when she visited the dad-of-five’s hotel room with friends, and it seems Billi was able to put the pre-wedding drama behind her and still walk down the aisle on Saturday .

On Sunday, Andy confirmed the couple had gone ahead with their wedding by sharing a snap from their happy day with his Instagram followers.

During the ceremony the registrar asked the couple’s guests if anyone knew of any reason why the pair shouldn’t tie the knot.

The congregation reportedly burst out laughing following after the embarrassing question – with Billi and Andy joining in.

A guest said: “They were emotional when they saw each other, but the atmosphere totally changed when the registrar asked if anyone present knew why they should not be married.

“Everyone started laughing really loud and Billi and Andy joined in.

The newly weds locking lips on the dancefloor
(

“It broke the ice in what’s been a hard build-up to the wedding for Billi,” reports The Sun.

Prior to their wedding over the weekend, Billi was said to be “humiliated” by Andy’s boozy stag do antics, but was still determined to marry her fiance of eight years.

At the time of the pictures beginning to circulate on social media and in the press, Billi was said to have admitted the images “embarrassed” her so close to her wedding.

Putting the Dubai drama firmly behind her on Saturday, the yoga instructor looked beautiful as she became Mrs Carroll in front of her loved ones.

The newly weds were first rumored to be dating back in 2014 – back when the sports star was out injured for West Ham and the mum-of-three had just quit TOWIE to focus on her yoga business.

Billi – who shares three children with the footballer, as well as helping raise his two children from a previous relationship – is often credited with helping tame football’s one-time wild child and create his new wholesome image.

Andy popped the question to Billi back in 2014, during a romantic break in Rome, Italy. 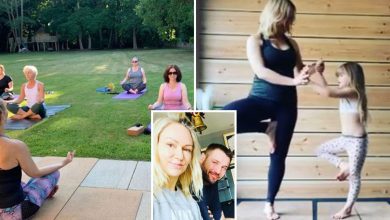 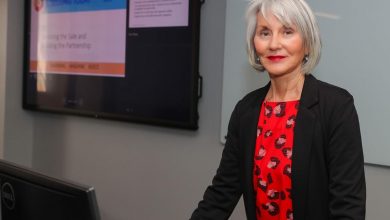