Jacqui Burge charted an unusual path to success in the yoga business. She was the lead singer in an all-girl punk rock band during the early 1990s that toured with Nirvana and Sonic Youth. She said the unhealthy lifestyle from being on the road with her band STP took its toll and she decided to take up yoga in the mid-’90s.

“You’re either going to turn it around or you’re not going to live very healthily,” Burge said. “And so I chose to just really explore movement and meditation and improving my health and wellbeing as a lifestyle and then chose to share that with other people.”

After moving to Ojai in 2003, Burge got a job teaching yoga to workers at the corporate offices of online learning company Linda.com (now known as Linkedin Learning). The only problem with the in-person classes was that hardly anybody came because they were so busy that they worked through their breaks and lunches. She saw the need for some sort of alternative.

“Because we were an online learning business, I said, ‘okay, what if I just teach it online, and then broadcast it to all the employees in their global offices?’ And I did a 15-minute session that was packed,” she recalled.

After seeing the success of her online yoga classes, Burge decided to leave the corporate world behind and in 2015 launched her own online yoga business geared toward office workers (remote or otherwise) called Desk Yogi. In addition to yoga classes the website also offers cardio workouts, stress-reducing breathing techniques, healthy eating advice and meditation.

Today, her online yoga classes are popular with people working from home, although sometimes companies purchase subscriptions for all their workers. She recently gained a new client with 400 people working in home offices across the country.

“They wanted a way to do exercise breaks together because they’re feeling so separated,” she said.

How does taking a little yoga break at work

“They feel energized,” she said. “More productive and more present with the work they’re doing. Just taking a quick little break just makes a big impact. Mainly the big feedback I get is ‘I felt more awake, I felt more alive, more available.’”

In addition to Desk Yogi, Burge owns a brick-and-mortar yoga studio in downtown Ojai called Move Sanctuary that opened in a new location at 306 East Matilija Street last October. Giving back to the community through charitable donations is one of her main business goals, and she provides free space for help of Ojai’s senior yoga classes. Other charities that receive regular donations include the Ojai Raptor Center and the Ojai Land Conservancy.

“Because we feel like this is a really strong community and it’s given to myself and the other teachers just so much back to us. We really wanted to make it one of our main missions to give back to local charities. I don’t think we’d even be doing the studio if that wasn’t the main driver,” she said.

Whether people take their classes online or in person, an overall goal of their wellness mission is helping people form connections with others. 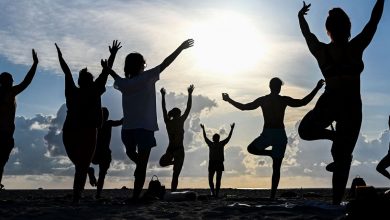 Guitar cases and tissue boxes stuffed with cash: Yoga guru charged with not paying taxes while raking in $20 million 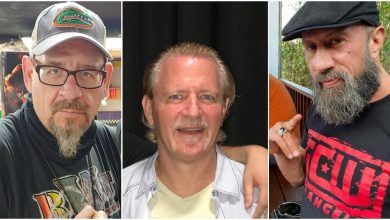 10 WWE European Champions: Where Are They Now? 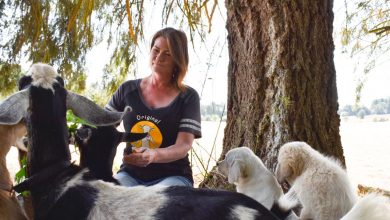 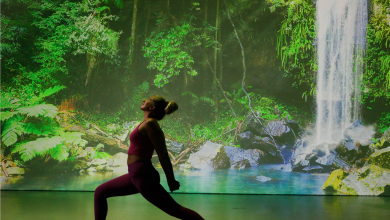