The objective of this study is to investigate the effects of adding magnesium chloride at different concentrations to the desalinated water regularly consumed by the general population on glycemic, metabolic, and insulin resistance parameters among patients with T2DM. We found that HbA1c, fasting insulin, and HOMA-IR of the group that consumed the high magnesium dose (50 mg/L) are significantly lower than those of the placebo group after three months of ingestion, indicating a significant benefit of the oral magnesium supplement added to the desalinated water in improved insulin sensitivity and long-term glycemic control. Utilizing the pre- and post-intervention Delta changes, there is only a statistically significant in insulin sensitivity parameters. There is also no statistically significant difference in FBS, C-peptide, SBP, DBP, BMI, lipid profile, or magnesium level.

The recommended dietary allowances (RDAs) for magnesium is 310–320 mg per day for adult females and 400–420 mg per day for adult males. However, still, the RDAs for magnesium are low among consumers, suggesting that oral magnesium supplementation is often required in order to achieve an adequate cutoff for the RDAs17. Several clinical studies documented the beneficial effects of magnesium supplementation in patients with diabetes mellitus15. However, most of the beneficial effects were reported in patients with hypomagnesemia2,18,19. As reported, the positive findings of magnesium supplement in diabetes mellitus on HbA1c and insulin sensitivity parameters despite patients having magnesium levels within the normal range at the entry of the study and with no significant change at the end of the study can be explained by the fact that most (99%) of magnesium in the body is stored in the cell and serum magnesium constitute only 1% of the total magnesium in the body20. Resnick LM et al. found in their study that total serum magnesium levels do not reflect the magnesium status inside the cells and concluded that serum ionized magnesium or intracellular magnesium depletion can be seen with normal serum concentrations21.

Depletion of serum ionized and intracellular magnesium has been seen in many people even with normal total serum magnesium levels, which can be attributed to the lack of sensitivity to total magnesium levels15. In fact, as suggested by a panel of researchers, renal magnesium secretion should be measured particularly when serum magnesium level is lower than 0.82 mmol/L, and magnesium renal excretion of 40–80 mg/day should be considered indicative of magnesium deficiency22. Similar to the finding in this study, Mooren et al. carried out a clinical trial and reported that supplementation of oral magnesium improves the sensitivity of insulin even in non-diabetic, normomagnesemic overweight subjects, thus indicating the need for early screening and correction of magnesium levels to prevent type 2 diabetes mellitus19. Also, Solati et al., in a clinical trial, reported significant improvement of FBG and post-prandial blood glucose despite no change in the serum magnesium level after administration of 300 mg oral magnesium sulfate (MgSo4) supplements for 3 months23. The lack of increase in the level of serum magnesium in this study can be explained by the relatively low supplemental dose and the short interventional period, as it was documented in a recent randomized controlled trials study regarding dose- and time-response of oral magnesium supplements, revealed that the maximal response of body magnesium to oral supplementation to achieve a steady-state concentration is at a dose ≥300 mg/day for at least 20 weeks24. Also, the improvement in glycemic and insulin sensitivity parameters in this study occurred only in the group that utilized the high-dose supplement. Such a dose-response of dietary magnesium supplement was documented in previous studies25.

There is evidence that increased consumption of magnesium-containing water can improve glucose metabolism and insulin resistance. Animal studies have shown that dietary magnesium administration (50 mg/mL in drinking water) for 6 weeks decreased blood glucose levels, improved mitochondrial function, and reduced oxidative stress in diabetic mice26. Randomized controlled trials in humans with mineral water suggest that water containing relevant amounts of magnesium can exert an additional effect on glycemic parameters and indicators of insulin sensitivity27. Similar to findings in our study, Ham and Shon28 showed in an RCT that consumption of natural magnesium-enriched deep sea water containing 350 mg of magnesium per day improves insulin resistance of patients with pre-diabetes where fasting insulin and HOMA-IR values of the patients who consumed balanced deep sea water (BDSW) came to be significantly lower than those of the placebo group after eight weeks. In another study, the effects of magnesium supplementation through water from a salt lake with a high natural magnesium content (7.1% – MAG21) was used after dilution with distilled water to 100 mg/100 mL, 300 mL/day was given to nine mild type 2 diabetic patients with stable glycemic control for 30 days. The supplement resulted in a significant decrease in fasting serum insulin level and HOMA square R29.

Despite the use of three 24-h dietary recalls in most of the studies measuring magnesium intake31, there is still the potential to be subjected to reporting bias, especially as metabolic syndrome patients have been shown to systematically underreport their food intake32. There is also difficulty in adhering to the recommended diet is a common problem in diabetic patients33. Therefore, the expected incomplete dietary information of the patients with T2DM in this study may have resulted in our inability to detect clear statistically significant differences in FBG, despite statistically significant improvement in HbA1c among patients who received the high dose of magnesium supplement. Unlike the finding in this study, other studies of oral magnesium supplements demonstrated significant improvement in fasting blood glucose18,30. On the other hand, Johnsen SP et al. showed no significant change in glycemic parameters, including HbA1c and fructosamine, in a double-blinded, placebo-controlled, and randomized crossover study of oral magnesium supplement at a dose of 360 mg Mg/day34. Also, there was no significant improvement in glucose levels in other studies35,36.

The C-peptide level is indicative of pancreatic reserve and pancreatic function. Similar to the finding in the study conducted by Ham and Shon28, there is no significant change in the C-peptide level in their study. However, another study showed significant improvement in C-peptide levels after 3 months of 250 mg/day of elemental magnesium supplement30. Again, the inconsistency in the reported findings related to the change in C-peptide can be related to the differences in the dose and duration of magnesium supplements in addition to the difference in baseline characteristics of patients included in those studies.

According to the United States Food and Drug Administration (FDA), the claims regarding the consumption of magnesium and a reduced risk of hypertension is inconsistent38. Meanwhile, several recent studies have shown inverse associations of increased magnesium with developing hypertension12,39,40.

Purvis JR et al. found in a 16-week randomized, double-blind, placebo-controlled crossover trial on 28 patients with T2DM utilizing sustained-release magnesium chloride at a dose of 384 mg/d, versus placebo, found a significant reduction in systolic blood pressure but not diastolic blood pressure35. On the other hand, daily administration of 300 mg of MgSo4 for 3 months to 54 patients with T2DM significantly improved both systolic and diastolic blood pressure in a double-blinded RCT23. Patients with hypertension showed a significant reduction of systolic (p < 0.01), diastolic (p = 0.0038), and mean (p < 0.01) blood pressure after administration of magnesium supplementation through water from a salt lake with a high natural magnesium content (7.1% – MAG21) at a dose of 300 mL/day for 30 days29. This suggests that the dose, duration, and type of elemental calcium can influence the effect of oral magnesium supplements on blood pressure among patients with T2DM. According to reported evidences, which attributed morbidity and mortality in cardiovascular diseases to low magnesium intake secondary to drinking desalinated water43,44. Recently, FDA has recommended the consumption of magnesium to reduce the risk of hypertension38.

A number of previous studies have evaluated the associations between magnesium supplements and vitamin D levels46,47. However, there was no consistent evidence that supplementing with magnesium improved vitamin D metabolite levels7. Our data did not detect any significant changes in the vitamin D levels between pre- and post-intervention data. However, this observation can be attributed either to the fact that the dose of magnesium used was small to show significant changes or, the study patients had insufficient vitamin D levels (21–29 ng/mL)48. Therefore, the level of vitamin D didn’t substantially increase during short-term magnesium intake because pre-vitamin D3 was not available in sufficient amounts46.

The main strength of this study is the fact that it is the first study in the region evaluating the effect of adding magnesium supplementation to drinking desalinated water. The other strength is the inclusion of a relatively high number of patients in comparison to many studies that evaluated the effect of oral magnesium supplements in patients with T2DM. In addition, this study evaluated the effect of different doses of magnesium supplements. This study is not without limitations, that includes being a single-center study with a high dropout of patients, which was mainly related to the loss of follow-up related to the COVID-19 pandemic. Also, only serum and not intracellular magnesium was measured, which may not be representative of magnesium status or intracellular pool. The magnesium doses used are small, which may result in the lack of a significant favorable effects on other metabolic and biochemical parameters, as documented by dose and time-response studies. Finally, it was not possible to calculate the daily magnesium consumption from other sources.

In conclusion, this clinical trial showed statistically significant improvement of HbA1C as a parameter of long-term glycemic control but not in the short-term control as reflected by the non-significant change in FBS. There is also a significant improvement in insulin resistance, at the given oral magnesium dose of 50 mg/L daily added to drinking water, which also can, in turn, help in glycemic control. This can result in decreased long-term diabetic complications. Based on the findings from this study, there is an initial indication that a magnesium supplement needs to be added to the desalinated drinking water; however, double-blinded MCT utilizing higher doses of magnesium and with longer duration is needed to support such a recommendation. 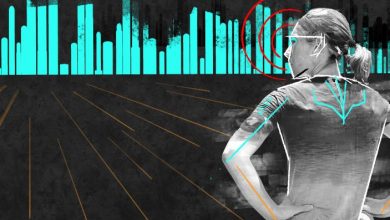 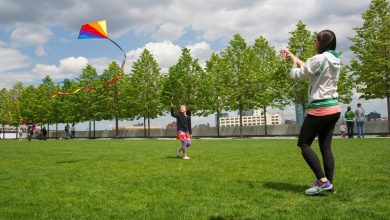 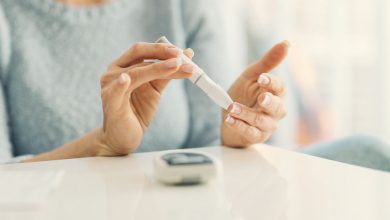 INCREASE YOUR WHOLE GRAIN CONSUMPTION. YOUR DIABETES WILL THANK YOU