This study dates back to the two years between 2016 and 2017 when Zika virus (ZIKV) infection was a major problem in Brazil and great attention was paid to the transmission of Zika from mother to fetus, leading to microcephaly and retinal lesions. Fewer studies like this looked at the effects of systemic ZIKV infections on the eye in adults. There have been a few case reports of uveitis, but this is a larger study of 62 patients with positively confirmed systemic ZIKV infection and a history of red eyes, half of whom had uveitis.

An interesting point was that 15 of these patients also had ocular hypertension, which led the authors to conclude that this is often associated with increased intraocular pressure in patients with ZIKV infection who develop uveitis and that, therefore, a slit lamp in patients -Biomicroscopy and an intraocular pressure measurement should be performed with acute ZIKV infection with red eyes.

In this study, subjects with other infectious diseases, including dengue fever virus (DFV) and chikungunya virus (CHIKV), were excluded. DFV, CHIKV, and ZIKV belong to the same family of RNA arthropod-transmitted viruses, and it would be interesting to see if all three increase intraocular pressure. We could then make a statement that these arthropod-borne viruses, transmitted by the Aedes mosquito, have the ability to induce ocular hypertension.

This human study supports what we had previously found in an animal model. The statement “It is believed that ocular hypertension occurs when the cells of the ZIKV-infected trabecular network trigger an inflammatory cascade, which in turn causes trabeculitis” clearly relates to the paper we published in 2019, although this is not cited at the time becomes. In this study, we discovered that ZIKV infects trabecular mesh cells and induces inflammatory responses that cause trabeculitis. We hypothesized that ZIKV probably entered the eye via the heavily vascularized iris and the blood-ventricular barrier. Then it reaches the trabecular network through the aqueous humor flow, infects the cells and induces trabeculitis. Using a mouse model, we have shown that a ZIKV infection leads to increased intraocular pressure and ultimately to a loss of ganglion cells in the retina and damage to the optic nerve, the hallmarks of glaucoma.

Two important key messages emerge from this study. First, ZIKV infection may be a global problem. Due to climate change and the global spread of humans, viruses such as Zika, but also chikungunya and dengue fever, are likely to spread to areas that were not previously affected and are developing and adapting to other climatic zones. If ophthalmologists see a case of uveitis that they can’t explain, Zika infection could be one of the causes and they should do serological tests for ZIKV.

The second key message is that the role of these RNA viruses in eye infections is not adequately reported. The likelihood of high intraocular pressure and possible glaucoma from ZIKV should be evaluated. We saw an increase in intraocular pressure as a result in this study, but does this infection predispose to glaucoma? We need to look into this possibility.

Disclosure: Kumar does not report any relevant financial information.

Will SARS-CoV-2 variants affect the severity of MIS-C? 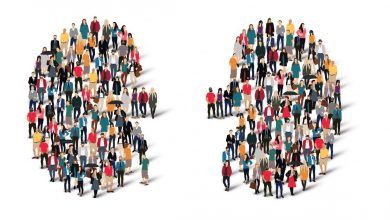