Amazon is entering the live-audio wars with a new app called Amp. The app, launching in beta on iOS on Tuesday, is fairly straightforward: It allows people to host their own radio-style show, with access to millions of songs free of charge charge. When you open the app, Amp will recommend a few live shows you might like. Hosts can take calls, switch between music and talking and generally feel like an old-school DJ.

Amazon is entering a suddenly crowded space. Spotify’s Greenroom, Clubhouse and Twitter Spaces are all trying to build the future of audio chat; Apple is still investing heavily in Apple Music 1; and Spotify has also been rolling out features like The Get Up: a morning show that sounds an awful lot like drive-time radio. And, of course, there are the “radio on the internet” companies like TuneIn. But by combining features from all those apps, Amazon hopes it can build something even bigger.

All these companies see the same opportunity in audio: a medium that’s easier to create and consume than video, but feels uniquely intimate and human to the audience. As radio ad dollars move to the internet, there’s also a huge advertising business to be won, and Amazon just happens to be a booming advertising business already.

Amazon’s long-term vision for Amp is roughly the size of the radio industry. In the long run, Amp VP John Ciancutti imagines, Amp might be home to talk shows, call-in shows, “Wait Wait Don’t Tell Me”-style game shows, and everything else you might find while flipping through radio stations. Just a modernized version of that. “If you created radio for the first time today,” he said, “you wouldn’t build radio towers and giant recording rooms that cost $50,000 to build, and go through this heavyweight process to pick the one creator who’s going to get to run a show at 8 am on Tuesdays. You’d build it so anybody with a phone in their hand could be a DJ.”

For now, though, music is the thing. Amazon hopes to entice people with shows like Nicki Minaj’s “Queen Radio” — which is rebooting on Amp after a run on Beats 1 — along with shows from Pusha T, Tinashe, Travis Barker, Lindsey Stirling and a host of other A-list artists . But Ciancutti said he hopes the real appeal isn’t the star power but the accessibility: “It’s really the everyday creators who will then create and teach us what’s working well for them,” he said. “That’s really what we want.” Making it easy for creators to start a show, and for listeners to find them, is the key to getting this right.

Focusing on music helps Amazon in another way, too: It makes it much easier to categorize and recommend shows. As creators build their playlists before going live, the service gets a strong signal of what kind of show it’s going to be and can recommend it more accurately to listeners. Clubhouse and other services have struggled with discovery because shows are hard to categorize and host-provided metadata is often lacking. Amazon can at least confidently say you’ll like the songs, even if you hate the DJ. (And it’s really, really hoping you don’t hate the DJ.)

Ciancutti cautioned several times that this is early days for Amp. The team is thinking about how creators might get paid on the platform, but hasn’t settled on anything. You’ll be able to use Amp everywhere, he said, but for now there’s only an iPhone app. There’s no recording or on-demand functionality, but Ciancutti said he could see that coming later. Even the interface is still hotly debated internally: Should audio start playing as soon as you open the app, a la TikTok, or should you tap into a show in order to hear it? The app currently makes you tap, but Ciancutti seemed torn.

One thing the team has been thinking about in the early days is content moderation. The service’s guidelines are easily accessible from any show page, as are easy reporting mechanisms, and an amp operations team is monitoring things around the clock. Amazon being Amazon, it’s also building machine-learning tools that can start to understand shows and problems automatically. Still, audio moderation is hard, and it’s even harder live. Ciancutti said he’s hoping to get lots of feedback in the app’s first few days, good and bad alike.

With the full resources of Amazon behind it, Amp appears to have a real chance to combine the high-end radio feel of Apple Music 1 with the creator-driven vibe of Spaces or Greenroom. But there’s still a big question lingering: Can this industry worm its way into users’ daily lives? Clubhouse spiked during a pandemic-driven lockdown and faded as people went back outside. Radio’s power comes largely from its captive audience — people in their cars with nothing to do but twist the knob until something comes on — and even podcasts are often used as a background activity while doing something else. Can Amp turn its shows into appointment listening? Can anyone?

“Daily habits are super hard to change,” Ciancutti said. He’d know: He was an early engineer at Netflix and watched firsthand as it tried to shake up the TV world. “We’re on a journey that takes a long time.” The radio industry is more than 120 years old, he said. He’s hoping to disrupt it a little faster than that. 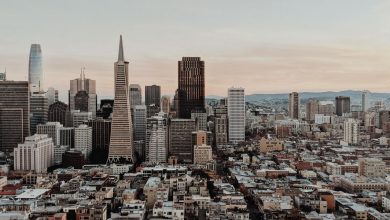 Brookings report: San Francisco is still the center of tech 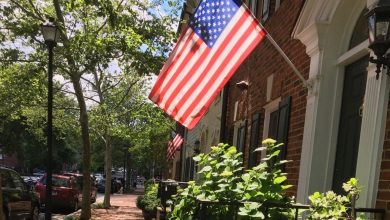 Survey: What Topics Should Alexandria Patch Cover In 2022? 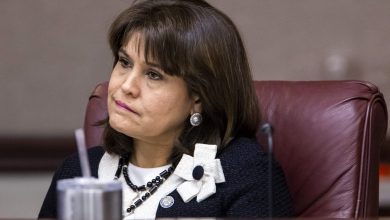