Viagra might help keep the mind sharp if an association found in a recent review is an indication of treatment potential.

Cleveland Clinic researchers reviewed data from more than 7 million people and found that those prescribed sildenafil – the generic name for Viagra – had a 69% lower risk of Alzheimer’s disease than those who did not take the pill.

Their analysis took into account data on insurance claims over a six-year follow-up period during which some patients tried other drugs that were considered relevant to Alzheimer’s risk. Those who took sildenafil were less likely to develop Alzheimer’s disease than those who took blood pressure and did

Drugs that have also been studied in relation to the disease.

The team modeled an Alzheimer’s patient’s brain with stem cells to observe the promising effects of sildenafil in a laboratory setting. Although its early results cannot support a causal relationship between the drug and disease outcomes, the study indicates a need for further research, lead author Feixiong Cheng said in a press release.

Cheng added that a randomized controlled trial with more gender diversity is the next step to determine whether sildenafil is a future candidate for treating Alzheimer’s and other neurodegenerative diseases.

The erection pill could help protect against heart problems

The latest analysis began by examining more than 1,600 pre-existing FDA-approved drugs to see if any could be used to treat Alzheimer’s disease. A scan of genetic and other data identified Viagra as one of 66 drug candidates targeting common markers of the disease.

Viagra has been considered for other off-label uses in the past, including helping heart health later in life.

Researchers in Sweden found that men who took Viagra for years after a heart attack were more likely to live longer without another incident, compared with significantly fewer men who took another erection pill.

The results, published in March, were constrained by the observational nature of the study. However, they represent another area to investigate: How ED drugs can affect overall cardiovascular and metabolic health.

In fact, the Alzheimer’s study also found that taking sildenafil was linked to a lower chance of the disease in people with coronary artery disease.

– All of these are comorbidities that are significantly linked to disease risk, noted Cheng – as well as those without.

Hypertriglyceridemia as an Independent Predictor for Ten-Year Incidenc 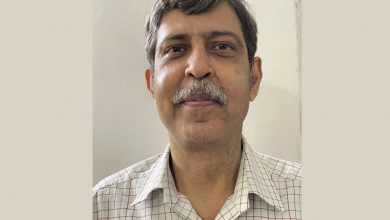 Can recovered Covid-19 patients have thyroiditis?

Not all “good” cholesterol is healthy