Welcome to Gawker’s How to Be Funny week, a celebration of people and things who are making us laugh and teaching us how to laugh more.

Not much happens in the pilot of Absolutely Fabulous: two washed-up party girls, Edina Monsoon (Jennifer Saunders) and Patsy Stone (Joanna Lumley), throw a fashion show, snort blow, and fall out of cabs piss drunk. Premiering on the BBC on November 12, 1992, Absolutely Fabulous was meant to satirize the excess of early ’90s lifestyle consumerism, with its wannabe It Girl harridans climbing the death spire of thinness, wellness, and spiritual superiority, only to plummet spectacularly by each episode’s end. But 30 years later, Eddie and Patsy have risen from farcical to avant-garde to prophetic: the Cassandras to a world order of intermittent fasting, iso tanks and meditation retreats. The series may now be considered a classic, but it feels more savage than ever: so cruel, and so correct, that it could never be made today.

Absolutely Fabulous, which was created and written by Saunders based on characters from her long-running sketch show French and Saunders, is centered on Edina, the “modern mother” of the ’90s, a PR executive careening through the nonsense hierarchies of London High Fashion, clad in the most on-trend and outrageous assortments of La Croix, Gaultier, and Givenchy. She’s joined at runway shows and raves by Patsy, a rode-hard fashion director who looks like Ivana Trump after a night at The Eagle. Arriving on screens concurrently with The Nanny’s Chanel-clad ice-bitch power exec CC Babcock, Eddie and Patsy drilled the final nail into the coffin of the ’80s career woman, where Fatal Attraction’s Alex Forrest lay desiccating in shoulder pads. Who would be the heroines of this vapid age of post-feminism, when all that remained of a genuine movement towards cultural equality were personal planners and business lunches? Enter Eddie and Patsy, down to chase any trend, even if they were a few years late.

Eddie and Patsy have risen from farcical to avant-garde to prophetic.

“I’ve never seen what it is you actually do,” Eddie’s brittle, schoolmarm of a teen daughter Saffy (Julia Sawalha) says to her mother. “I PR!” Eddie roars back. “IPR things. People. places. concepts lulu!” Though Eddie wastes most days with Patsy at Harvey Nicks, or otherwise chasing the latest fad treatment — colonics, mud wraps, repressed false memory therapy — she constantly affirms the critical importance of her work to the world, justifying a lifestyle of unprecedented consumption, all necessary expenses for the vital work of publicizing Emma Bunton.

From Fab’s high-fashion TV contemporaries, including Living Single and Martin, would introduce stylish, joyful career gals, with fulfilling jobs and lovers, paving the way for the expansive adventures of vampire slayers, sex columnists and super-spies to come. But Saunders’ dark vision accurately foretold the hell we live in today, a megalopolis surveillance state of “girls in marketing” who leave their $2,500 East Village one-bedrooms for morning barre classes, upstate Ayahuasca trips and the odd tub of Halo Top. Edina’s paid retinue of gurus and spiritual healers would have nothing on the coming incursion of TikTok astrologers and playa-ready rent-a-shamans. “I chanted for this gorgeous house!” Eddie screams at Saffy. Before we had invented the word manifesting, Saunders had beaten us to the punch.

Perhaps what makes Absolutely Fabulous feel like a lawless masterpiece is its refusal to judge its characters for their petty desperation. “I don’t want more choices,” Edina cries, at a PR awards show, “I just want nicer things!” Saunders could be savagely transparent about weight, money and class, in the early ’90s, on the BBC, on a show which she wrote and starred in. But the new (and no less consumerist) packaging around self-worth and self-empowerment have now made such satire harder to find. Consider Issa Rae’s Insecure, another comedy about two messy buddies in the city, which, over five albeit enjoyable seasons, often felt like a paid Instagram ad by the Los Angeles Bureau of Tourism, celebrating the materialistic exploits of the millennial Tinder bourgeois. The series would end by giving its characters all they ever wanted — and never questioning their values. At least Absolutely Fabulous could be upfront about its characters’ moral fiber: there wasn’t any.

Saunders couldn’t be bothered with the pursuit of redemption. Eddie was a narcissistic lush who would forget her daughter’s birthday. And yet, blissfully, Ab Fab never insulted the intelligence of its audience by teaching Eddie a lesson. Saffy was no victim either; she could give as viciously as she got, with Sawalha pounding out barbarous asides from her perch at the kitchen table. The show featured virtually no male characters; it feels like an inheritor to 1939’s The Women and a precursor to Orange is the New Black, a playhouse free from passé gendered moralism. Even Edina’s straight-laced mother (June Whitfield), a patrician housewife of Elizabeth II’s generation, seems to similarly lack the motherly touch. With any gendered prerequisites towards inner goodness out of the way, the cast could go off — and anyone was fair game.

Ab Fab never insulted the intelligence of its audience by teaching Eddie a lesson.

Between the women, abortion jokes abounded. They feel more dangerous now than ever. After taking one look at the frumpy Saffy, Patsy’s Sister Jackie (Kate O’Mara), sighs: “too late to flush her now.” The episode “Birth” revisits — in lurid flashbacks, courtesy of series director Bob Spiers, the man who brought us Spice World — the total maternal indifference which greeted the births of Eddie, Patsy and Saffy. By giving her hard lot of heartless women a good time, Saunders would open the way for writer-stars, like Lena Dunham and Michaela Coel, to embody the next generation of incandescent, self-annihilating outlaws.

Naturally, the show was rapturously embraced by an international (and vastly gay) audience. Saunders revealed a truth well known but rarely stated in “creative” communities: these people are largely rancid, reprehensible and doomed to fail. But like Eddie and Patsy, we’re all we’ve got. This wasn’t the story of young dreamers coming to the big city to make it, but their Ghosts of Christmas Future: it was as if Saunders foresaw that Carrie Bradshaw, the romantic voyager of Sex & the City, would inevitably become the ghoulish camp phantasm of And Just Like That, a babbling crone wandering Paris in a ballgown, clutching her husband’s ashes and texting Samantha to come back and save her franchise. By skipping the dream and landing square in the hangover, Saunders and Lumley celebrated legions of assistants, shopgirls, window decorators, and drag queens, seeking the styles and statuses through which they could show the world they’d made it. Eddie and Patsy’s inability to cope with reality wasn’t merely foolish, but valiant.

Fran Drescher has credited Lucille Ball as the muse for the slapstick high jinks of The Nanny; Saunders, already a brilliant writer, shared a similar affinity for outsize physical comedy. Lumley, meanwhile, could take any challenge the scripts threw at her: Patsy was a Tasmanian Devil of peroxide, nicotine, and hard liquor, holding her flute of champagne upright while crashing down stairs and lighting herself on fire. Though the 2001-2004 reboot was a giddy blast of spray tans and Botox, later revivals, including the 2016 Absolutely Fabulous movie, would be hobbled by a reduction of athletic gusto from its core duo. What’s more, millennium-era Ab Fab would poke more at the age of its leads, depicting Eddie and Patsy as the old losers trying to get into the hip parties. But this betrayed the genius of the original series, which understood its heroines to be just as deluded and pitiful as everyone else in the industry. In 2022, Susanne Bartsch and Anna Wintour still command legions of obsequious twinks. Why shouldn’t Edina and Patsy march on, insulated as ever, adored by the next generation of wannabes?

Eddie and Patsy’s inability to cope with reality wasn’t merely foolish, but valiant.

There will be no further revivals of Ab Fab, but its inheritors live on: the suburbanite drug-dealer Nancy Botwin, on Jenji Kohan’s Weeds; the trainwreck Jewesses Abbi Jacobson and Ilana Glazer, on Broad City; the tragicamp sitcom star Valerie Cherish (Lisa Kudrow), on The Comeback; millennial martyr-messiah Arabella (Coel) on I May Destroy You; and of course, colonialist tourist Tanya McQuoid (Jennifer Coolidge), on The White Lotus. In the 30 years since Absolutely Fabulous debuted, TV auteurs like Fey, Kohan, Dunham, and Coel have expanded the canon of heroic women narcissists, weathering and defying whichever gendered moral expectations are in season. But when the ragnarok breaks, when the cycles of backlash, empowerment and corporate exploitation melt down, two figures will endure, lighting their fags in the smoldering ruins of human decency, having a damn good time.

David Odyssey is a writer and performer based in New York City. He has covered culture, queer life and astrology for publications including Time Out New York, DAZED, Vulture and Entertainment Weekly. He has an ongoing column at NYLON. 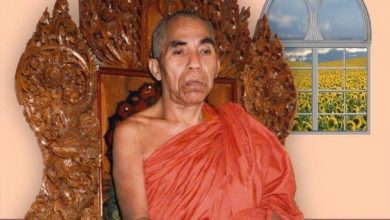 A Torchbearer from Bangladesh – Buddhistdoor Global 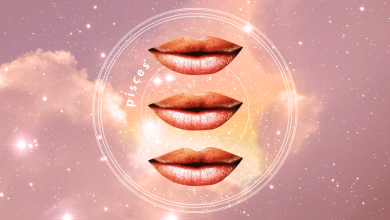 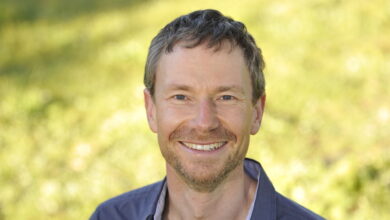