The Abbott manufacturing facility in Sturgis, Michigan, on May 13, 2022.

Abbott Laboratories CEO Robert Ford apologized Saturday in a new op-ed for his company’s role in a nationwide shortage of baby formula, which this week moved Congress and the Biden administration to take emergency actions to alleviate it.

Ford also detailed steps the company is taking to stem the shortage, and vowed, “We are making significant investments to ensure this never happens again.”

Ford’s apology in a Washington Post op-ed noted that the shortage was sparked by the company’s recall in February of formula made at Abbott Nutrition’s plant in Sturgis, Michigan, after federal health officials found a potentially deadly bacteria there. The plant was responsible for producing up to 25% of the nation’s baby formula.

“And yes, we take great pride in manufacturing nutrition and formula to feed America’s infants, including our most vulnerable,” Ford wrote. “But the past few months have distressed us as they have you, and so I want to say: We’re sorry to every family we’ve let down since our voluntary recall exacerbated our nation’s baby formula shortage.”

Ford wrote that Abbott believed that the voluntary recall “was the right thing to do.”

“We will not take risks when it comes to the health of children,” he wrote.

Four infants who drank formula from the Michigan plant were hospitalized with bacterial infections. Two of the babies died.

But in April, federal health officials told NBC News that the bacterial strains found in those infants did not match strains found at the Abbott facility.

“However, the FDA’s investigation did discover a bacteria in our plant that we will not tolerate. I have high expectations of this company, and we fell short of them,” Ford wrote.

The apology came hours after President Joe Biden signed into law the newly passed Access to Baby Formula Act, which is aimed at making it easier for families eligible for the federal WIC program to buy formula. WIC is formally known as the Special Supplemental Nutrition Program for Women, Infants, and Children.

Biden on Wednesday invoked the Defense Production Act to deal with the formula shortage, requiring suppliers to ship ingredients to baby formula manufacturers before any other companies who may have ordered the same products.

On Sunday, US military aircraft are scheduled to fly 132 pallets of Nestle baby formula to Indianapolis, Indiana, from the Ramstein Air Base in German. More formula is expected to be flown on US military planes later.

In his op-ed Saturday, Ford outlined the steps Abbott has taken in response to the shortage, writing that he knew “some children have been hospitalized because of the lack of EleCare, a specialized formula for children who cannot digest other formulas and milks. “

“Given their unique needs, children who lose access to it can require medical supervision until the formula is returned to the shelves,” Ford wrote. “I will not mince words — this is tragic and heartbreaking, and it is consuming my thoughts and those of my colleagues.”

Ford said Abbott will “prioritize EleCare when manufacturing resumes and get that out the door first,” and in the meantime has established a $5 million fund for families affected by the lack of EleCare with medical and living expenses.

He also wrote that consumers “can feel safe buying any Abbott product you find on the store shelves.”

“What is available has passed rigorous inspections and is ready for your babies,” he wrote.

Ford noted that Abbott converted production lines for its adult nutrition products at a plant in Columbus, Ohio, “to prioritize production of ready-to-feed liquid infant formula.”

“And we have been air-shipping millions of cans of our most widely used powdered infant formula from an FDA-approved facility in Ireland to the United States since the recall,” he wrote.

Ford said Abbott expects to restart the Sturgis plan in the first week of June, after entering into a consent degree with the federal Food and Drug Administration.

He wrote that after the plant reopens, it will take between six to eight weeks before formula from the facility is available on store shelves.

But he also said, “When we are operating our Michigan facility at full capacity, we will more than double our current production of powdered infant formula for the United States.”

“By the end of June, we will be supplying more formula to Americans than we were in January before the recall.

“These steps we’re taking won’t end the struggles of families today,” Ford wrote. “Some solutions will take weeks, others will take longer, but we will not rest until it is done. I will not rest. I want everyone to trust us to do what is right, and I know that must be earned back.” 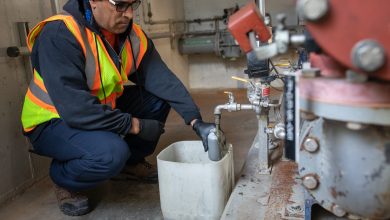 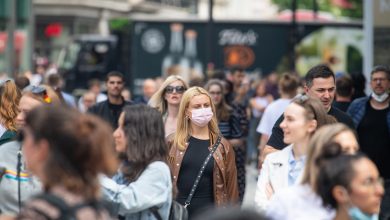 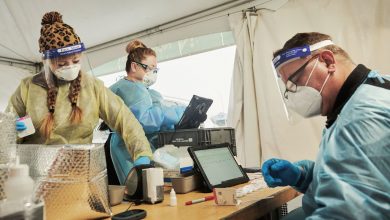 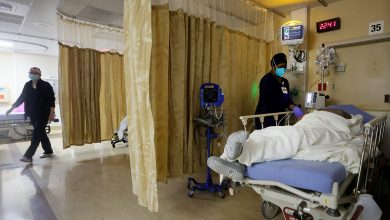