Sādhanānanda Mahāsthabir, also known as Bana Bhāntē, was an influential Theravāda teacher whose name is still revered by thousands of his devotees and followers in Bangladesh and beyond. In the 1970s, in the newly created country of Bangladesh, Bana Bhāntē appeared as a sterling example of a Theravāda monastic who ardently focused on the path of austere practice (dhutaṅga) in terms of the Buddha’s mindfulness methodology in the Mahāsatipaṭṭhāna Sutta. Over a teaching career spanning five decades, Bana Bhāntē compassionately and tirelessly taught the practice of mindfulness, ethics, the precepts, and pushed for a doctrinal emphasis on the Four Noble Truths.

Bana Bhāntē was born on an auspicious Thursday on 8 January 1920 into a traditional Chakma family in Mōrghōnā, which is located on the bank of the Karṇaphuli River of Rangamati. Born to Śrī Hārumōhan Chakma and Śrīmati Bīrupati Chakma, his given name was Ratīndra Lāl Chakma. Ratīndra was reported to be a naturally calm and serene boy. Despite attending an English-medium school until grade four, he would often study literature, philosophy, religious studies, science, biographies of world figures, contemporary socio-cultural politics, and scholarly books on his own. When Ratīndra’s father, Śrī Hārumōhan Chakma, passed away in 1943, he took full responsibility for his mother and six siblings as the eldest son. He was only 23 years at the time. Aside from his full-time work, Ratīndra continued his self-study and search of the bliss of ultimate peace.

Although Ratīndra was living a worldly life in order to support his family, his ultimate intention was to acquire the bliss of liberation that he learned from the texts and scriptures based on the legacy of the Buddha and his followers. Ratīndra renounced the household life at the age of 29 and decided to become a monk in the Theravāda tradition. With the help of his friend, Gajēndra Lāl Barua, Ratīndra arrived at Nandankānan Baud’dha Bihāra in Chattogram and met with the abbot, Dīpaṅkar Śrījñāna Mahāsthabir. After observing young Ratīndra’s sincere intentions, Ven. Dīpaṅkar Śrījñāna ordained him as a novice (sāmaṇera) in 1949. The master gave him a monastic name, Ratīndra Śrāmaṇa, which sounded similar to his lay name.

Ratīndra Śrāmaṇa studied the basic monastic rules from his master after his novice (sāmaṇera) ordination. Realizing that he would need to study the austere practice (dhutaṅga) of traditional Buddhism, he left Nandankānan Baud’dha Bihār with his teacher’s permission. He first went to Bētāgī, a historical Buddhist village of Chattogram, where he met Ven. Ānandamitra Mahāsthabir, a dedicated meditation practitioner and expert in Tipiṭaka literature. Ratīndra Śrāmaṇa then went to Ciṯmaram Baud’dha Bihār of Kaptai, a well-known pilgrimage monastery. After a few months at Ciṯmaram, he left the monastery and embarked on a new journey to the Dhanpātā jungle, a forest near the Kaptai subdistrict of Rangamati District in the Chattogram Division.

Ratīndra Śrāmaṇa spent approximately 12 years (1949–60) in solitude until the jungle was flooded after the British colonial government built Kaptai Dam on the Karṇaphuli River. The Dhanpātā jungle was a deep forest teeming with wild and ferocious animals. Because of Ratīndra Śrāmaṇa’s seriousness and efforts with austere practice in this wild jungle, local communities called him “Bana Śrāmaṇa.” The term “Bana” (pronounced “bon”) is a Bengali word that means “forest.” “Bana Śrāmaṇa” then became commonly recognized as “Bana Bhāntē.”

The construction of Kaptai Dam severely affected the people in Dhanpātā and the surrounding area, forcing the majority to relocate. With the help of a devotee, Niśimani Chakma, Bana Śrāmaṇa moved to Dīghinālā Subdistrict (Upazila) of Khagrachari District in the Division of Chattogram in 1960.

Inspired by Rājguru Aggrabanśa Mahāsthabir and the 13th Saṅgharāj, Dr. Jñānaśrī Mahāsthabir, Bana Śrāmaṇa received a former higher ordination (bhikkhu) in 1961 under the noble preceptorship (Upajjhāya) of the most respected Ven. Guṇālaṅkār Mahāsthabir. According to Theravāda monastic rules (Vinaya), the preceptors renamed him Sādhanānanda Bhikkhu. The term “sādhanā” indicates “concentrate on meditation.” The preceptors decided to give him the new name “Sādhanānanda” after noticing his deep level of meditation practice. Sādhanānanda Bhikkhu Bana Bhāntē stayed in Dīghinālā for almost 10 years from 1960–70. He moved to Longadu Subdistrict (Upazila) of Rangamati District in 1970 and lived there for six years, from 1970–76.

Bana Bhāntē was invited to Rājabana Bihār of Rangamati District by Queen Arati Roy, a royal of the Chakma ethnic group in Bangladesh and India. He lived there for the remaining 36 years of his life until his death in 2012.

Since the 1970s, Bana Bhāntē’s career was defined by teaching in the Chattogram Hill Tracts (CHT). Thousands of devotees and seekers from all over Bangladesh sought out his teachings in order to realize the bliss of the Dhamma. Throughout his teaching career, Bana Bhāntē tirelessly delineated the distinctions between the right view (sammā diṭṭhi) and wrong view (micchā diṭṭhī). Focusing on the Four Noble Truths (cattāri ariyasaccāni), he frequently stated that they not only represent the core teachings of the Tipiṭaka, but also provide a concrete method to realize the Buddha’s pivotal teaching of dependent origination (paṭiccasamuppāda) and to understand the Noble Eightfold Path (ariya aṭṭhaṅgika magga).

Through his teachings, Bana Bhāntē emphasized the importance of respecting the precepts (sīla) introduced by the Buddha over 2,600 years ago for monastic members and the laity alike. He always said that acquiring the ultimate bliss of freedom (nibbāna) is impossible if one does not obey the laws of the Dhamma and maintain high ethical standards. Bana Bhāntē articulated that if devotees claimed their sober faith in the Triple Gem, they should respectfully observe the ethical guidelines and mindfulness trainee method, which are recorded in the sacred texts of the Three Baskets (Tipiṭaka). Each discourse (sutta) in the Tipiṭaka is so valuable that it should be highly regarded as if it were “a buddha.” Since the Buddha revealed the path of freedom to his disciples, the discourses of the Tipiṭaka has guided Buddhists on the path of liberation from the cycle of rebirth (samsara).

Bana Bhāntē is honored by monastic followers at the Rājaban Bihār. Image courtesy of the Bana Bhāntē Archives

His Holiness Sādhanānanda Mahāsthabir Bana Bhāntē passed away on Monday, 30 January 2012 at the age of 93. Thanks to his devotees, disciples, and followers, Bana Bhāntē’s body was preserved in a crystal casket at his longtime monastery Rājaban Bihār. Despite the reality that this eminent Theravāda master is no longer physically present, his legacy of teachings continues to inspire huge numbers of people in Bangladesh and around the world. Devotees have recognized him as a torch that has illuminated and relieved the darkness of society. 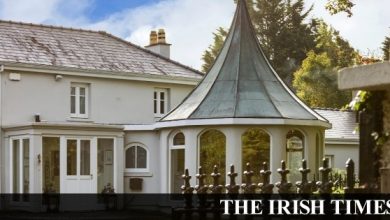 Harpist house on half an acre in Booterstown for € 3.45 million 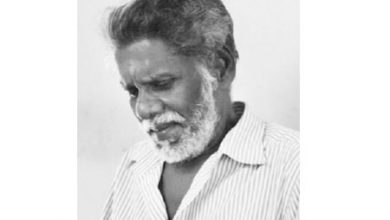 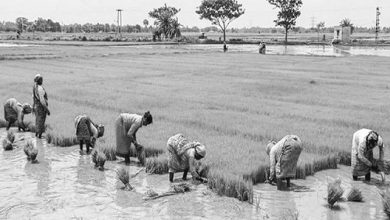 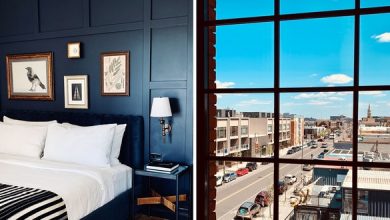