We like to think of brains as computers: a physical system that processes inputs and spits out outputs. But obviously what’s between your ears bears little resemblance to your laptop.

We know that the brain is a huge and intricate network of cells called neurons that communicate using electrical and chemical signals. It is more difficult to find out how this network understands the world.

To do this, scientists are trying to link behavior to activity in the brain by listening to the chatter of its neurons as they fire. If neurons in a region get loud when a person eats chocolate, these cells could process the taste or direct chewing. This method has mainly focused on the frequency that neurons fire – that is, how many times they fire in a given period of time.

But frequency alone is an inaccurate measure. For years, research on rats has suggested that when neurons fire compared to their peers – especially when navigating through rooms – they can also encode information. This process in which the timing of some neurons becomes increasingly out of step with their neighbors is known as “phase precession”.

It was not known whether phase precession was widespread in mammals, but recent studies have found it in bats and marmosets. And now a new study has shown that this also occurs in humans, compounding the case that phase precession can occur in all species.

The new study also found evidence of phase precession outside of spatial tasks, which gives some weight to the idea that it is a more general learning process throughout the brain.

The paper was published in Cell magazine last month by a team of Columbia University researchers led by neuroscientist and biomedical engineer Josh Jacobs.

Although phase precession has been studied in rats for decades, it takes longer to detect in humans for several reasons. For one, it is more difficult to study at the neuron level in humans because electrodes have to be placed deep in the brain. Also, our patterns of brain activity are more subtle and complex, making them harder to unravel.

Up to date dementia coverage overview from Alzheimer Europe Group 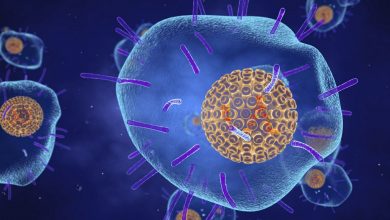