A queue of ambulances outside the Royal London Hospital emergency department on Nov. 24, 2022, in London. In the UK, the number of “economically inactive” people — those neither working nor looking for a job — between the ages of 16 and 64 rose by more than 630,000 since 2019.

LONDON — Along with sky-high inflation and energy costs, a Brexit-related trade tailspin and a recession in progress, the UK economy is being hammered by record numbers of workers reporting long-term sickness.

The Office for National Statistics reported that between June and August 2022, around 2.5 million people cited long-term sickness as the main reason for economic inactivity, an increase of around half a million since 2019.

The number of “economically inactive” people — those neither working nor looking for a job — between the ages of 16 and 64 has risen by more than 630,000 since 2019. Unlike other major economies, recent UK data shows no sign that these lost workers are returning to the labor market, even as inflation and energy costs exert huge pressure on household finances.

The UK avoided mass job losses during the Covid-19 pandemic as the government’s furlough program subsidized businesses to retain workers. But since lockdown measures were lifted, the country has seen a labor market exodus of unique proportions among advanced economies.

In its report last month, the ONS said a range of factors could be behind the recent spike, including National Health Service waiting lists that are at record highs, an aging population and the effects of long Covid.

“Younger people have also seen some of the largest relative increases, and some industries such as wholesale and retail are affected to a greater extent than others,” the ONS said.

Though the effects of the issues mentioned above haven’t been quantified, the report suggested the increase has been driven by “other health problems or disabilities,” “mental illness and nervous disorders,” and “problems connected with [the] back or neck.”

Jonathan Portes, professor of economics and public policy at King’s College London, told CNBC the scale of the labor market depletion is likely a combination of long Covid; other pandemic-related health issues such as mental illness; and the current crisis in the NHS.

On top of that, he noted that factors that hurt public health directly — such as increased waiting time for treatment — could have a knock-on effect: people may have to leave the workforce to care for sick relatives.

“It’s worth remembering the UK has been here before, arguably at least twice. In the early 1990s, the UK saw a sharp recovery, with falling unemployment, after ‘Black Wednesday,’ but it also saw a large, and lasting, rise in the number of people claiming incapacity-related benefits,” Portes said, adding that not working is generally bad for both health and employability.

“The government clearly isn’t doing very much about this. Apart from resolving the crisis in the NHS, the other key policy area is support for sick and disabled people to get back to work, and there’s not nearly enough happening on this — instead the government is harassing people on Universal Credit with penalties and sanctions which we know don’t help much.”

In his recent Autumn Statement, Finance Minister Jeremy Hunt announced that the government will ask more than 600,000 people receiving Universal Credit — a means-tested social security payment to low-income or unemployed households — to meet with a “work coach” in order to Establish plans to increase hours and earnings.

Hunt also announced a review of the issues preventing reentry into the job market and committed £280 million ($340.3 million) to “crack down on benefit fraud and errors” over the next two years.

Although the pandemic has greatly worsened the health crisis leaving a hole in the UK economy, the rise in long-term sickness claims actually began in 2019, and economists see several possible reasons why the country has been uniquely vulnerable.

Portes suggested that the government’s austerity policies — a decade of sweeping public spending cuts implemented after former Prime Minister David Cameron took office in 2010 and aimed at reining in the national debt — had a significant part to play in leaving the UK exposed.

“The UK was particularly vulnerable because of austerity — NHS waiting lists were rising sharply, and performance/satisfaction was falling sharply, well before the pandemic,” Portes said.

“And support for those on incapacity and disability benefits was hollowed out in the early 2010s. More broadly, austerity has led to a sharper gradient in health outcomes by income/class.”

That’s borne out in the national data: The ONS estimates that between 2018 and 2020, males living in the most deprived areas of England on average live 9.7 years fewer than those in the least deprived areas, with the gap at 7.9 years for females.

The ONS noted that both sexes saw “statistically significant increases in the inequality in life expectancy at birth since 2015 to 2017.”

In the aftermath of the pandemic, NHS waiting lists grew at the fastest rate since records began in August 2007, a recent House of Commons report highlighted, with more than 7 million patients on the waiting list for consultant-led hospital treatment in England as of September.

However, the report noted that this isn’t a recent phenomenon, and the waiting list has been growing rapidly since 2012.

“In other words, while the rise in waiting lists has been accelerated by the pandemic, it was also taking place for several years before the pandemic.”

Former Bank of England policymaker Michael Saunders, now a senior policy advisor at Oxford Economics, also told CNBC that the UK has been particularly badly affected by Covid in terms of severity, and that some of this may have been the result of the country’s higher rates of preexisting health conditions — such as obesity — which may have been exacerbated by Covid.

“The UK is a relatively unequal country, so that may be part of the reason why even if we’ve had the same Covid wave as other countries, we might get a bigger effect on public health, because if you like you have a greater tail of people who would be worst affected by it,” he added.

Saunders suggested that any growth strategy from the government should include measures to address these health-care challenges, which are now inextricable from the labor participation rate and the wider economy. 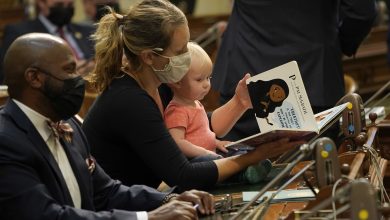 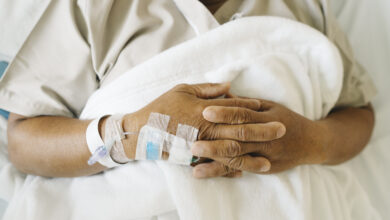 Weighing Risks of a Major Surgery: 7 Questions Older Americans Should Ask Their Surgeon 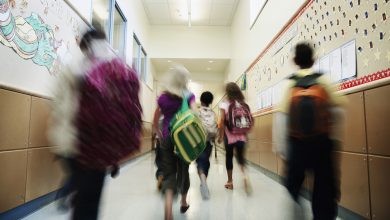 With No End in Sight to Pandemic Life, Parents Find Disruption Is the New Normal 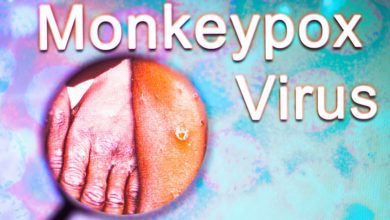