Much of the low-hanging fruit was picked in the search for new medicines. But there is still an abundance of treasures and Atavistik Bio wants to uncover them by looking in unknown places. While it’s still in its infancy, the promise of its technology has piqued investor interest, resulting in a $ 60 million Series A funding round.

The traditional way that small molecules work by attaching to an active site on a protein, a pocket, which is the typical place where the two connect. However, some proteins associated with disease lack these binding sites. Atavistik, based in Cambridge, Massachusetts, aims to discover and develop allosteric drugs, drugs that bind to other, less obvious sites on a protein. The trick is to find these places.

Atavstik’s research focuses on metabolites, substances that are formed from metabolic reactions in cells. The Atavistik scientists see metabolites as more than by-products. Enzymes evolved over millions of years to be regulated by metabolites within today’s well-defined signaling pathways, said John Josey, venture partner at The Column Group and acting CEO of Atavistik. The name atavistics refers to atavism, which in biology is the reappearance of a previous genetic trait. Josey said the company’s approach is to use past knowledge and learn from evolution.

Atavistic technology enables a wide variety of proteins to be screened against a wide variety of metabolites in order to discover their interactions, said Marion Dorsch, president and chief scientific officer of the company. Artificial intelligence and machine learning techniques are used to explore and analyze the data. With new knowledge about allosteric interactions, Atavstik will then use traditional chemistry to design and develop small molecules that produce the desired pharmacological effect. The startup’s initial targets are metabolic diseases and cancer, but Dorsch, a biotech industry veteran and most recently top scientist at Blueprint Medicines, said there are many potential uses.

With Atavistik’s technology being a platform, Josey leaves the door open for partnerships with larger companies that could pursue areas that are beyond the startup’s disease focus. The atavistic technology comes from the laboratory of scientific co-founder Jared Rutter, a professor of biochemistry at the University of Utah, whose research includes novel protein-metabolite interactions. The other scientific co-founder, Ralph DeBerardinis, is a professor and director of the Department of Pediatric Genetics and Metabolism at the University of Texas Southwestern Medical Center. Josey said DeBerardinis is an expert on metabolism and cancer. Her research, specifically relating to Atavistic, has not yet been published, although Josey said he expected some articles to be published in the coming months.

The colleagues from Atavistik in the search for allosteric drug targets are further advanced in the development. Gain Therapeutics raised $ 40 million in March to support clinical trial plans for its two leading allosteric drug candidates under development to treat rare enzyme deficiencies. When Roivant Sciences unveiled its $ 450 million acquisition of Silicon Therapeutics in February, the company said the startup’s artificial intelligence capabilities would help it in its drug discovery efforts, which include allosteric inhibitors. Black Diamond Therapeutics has completed clinical trials with its leading cancer drug discovered by the company’s allosteric drug platform. Last year, HotSpot Therapeutics raised $ 65 million to bring its autoimmune disease programs to the clinic by the end of 2021.

Atavistics only came out of Rutter’s lab last month, Josey said. The company’s first business mandate is to set up its business in Cambridge. Josey estimates the $ 60 million financing will support the company for four years. In the first 18 months, the technology will be established, many proteins will be analyzed and an initial screening will be carried out for sites that could be binding sites for new drugs. From there, research will move on to laboratory testing and then preclinical research.

“I would hope that within the next three years we will be in the situation where we have one or more molecules coming into the clinic,” said Josey.

Series A funding was led by The Column Group. The other investors in the round are LUX Capital and Nextech Invest.

Maternal exercise during pregnancy can protect children from metabolic diseases – 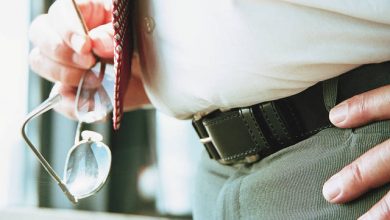 Office cold? It could add pounds 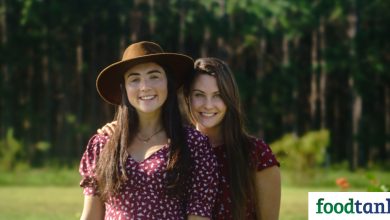 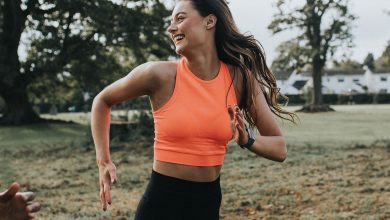 Why a Holistic Approach to Weight Loss Works