Lies are essential to any season of 90 Day Fiancé: Lies people tell to each other, lie people tell themselves. This reality show thrives on dishonesty, but this season has been bitingly honest. From Mohamed straight up telling Yve he hates her friends to Bilal raining all over Shaeeda’s Cinderella parade, at the very least, these are couples who can be honest with each other.

Thais and Patrick were the only couple dealing with a secret, but to Patrick’s credit, he wasn’t even aware that Thais was concealing anything! And he stuck to his boundaries when it came to her telling her father (or, as John would say, “Fatha”). As soon as Thais banished Patrick to the garage, however, that should have been a heads up that things weren’t going great. Obviously, a parent who’s happy their kid is getting married would show some enthusiasm, and Patrick outright ignored Thais’s dad’s disdain! Patrick, she banished you to the garage! That’s not love!

You know what is love? John running straight to the garage when Patrick asked for his company. Once again, John sees the truth: Thais’s dad will never respect Patrick because of how she introduced their relationship. It’s a similar situation Kobe and Emily are in now. Emily is forcing Kobe to keep her pregnancy a secret, and eventually that will backfire. There’s no way her parents will respect him after finding out he helped her lie. I can’t blame Kobe for sharing the news with a friend; that’s a lot to keep to yourself! I also don’t think his friend would tell her family if he didn’t let it spill during that incredibly awkward dinner conversation.

Do I think Kobe truly believes he owns Emily? No. I do think Kobe wants to feel like an equal partner in his relationship. Clearly Kobe hasn’t tried to control Emily since she’s out here buying wedding rings without him!
Guillermo is in the same spot as Kobe, but at least he can speak up. Kara mostly dismisses him, but I think Guillermo giving her the bachelorette party she wanted helped her realize he was coming from a good place. His concerns are fair, but she’s right: He knows who she is and who he wants to marry! I do like that Kara took him seriously, but I don’t think anything was ever going to stop these lovebirds.

It’s like the drama they keep trying to force on Miona and Jibri. Those two play card games in bed and wear matching mittens; they are already an old couple. There’s no reason they shouldn’t get married! Miona’s clinginess hasn’t been a problem. Jibri hasn’t been fighting with his band. Go forth and be in love, you two beautiful dummies! While I thought Jibri’s parents were great earlier in the season, I think they’re the biggest threat Miona and Jibri face. I don’t even understand why his parents had to start this conversation about them moving out when they knew their circumstances, but it played right into Miona’s hands. Miona wants to move out and now Jibri sees his parents as the enemy instead of her. I think she wanted to smile when Jibri stormed off.

It was nice to see Bini finally smile! Ari has decided she will marry the man she has called her fiancé for two years now. Why she was unsure, I don’t know. Bini is an amazing man who sews his own pants for his son. That’s incredibly hot and cute! But I think we all know Ari is still in love with her ex Leandro, because why else would she invite him to the wedding? She knows Bini would’ve hated having him there. I was happy Leandro said he wasn’t going, but I also think that’s a red flag that he still has feelings for her. A few weeks ago, it was, “I’m family, I’ll always be here!” But now you can’t bear to see Ari get married? Either way, I’m happy for Bini, and if he were to get his green card and ditch Ari, we would all understand.

Mohamed has finally stopped dwelling on when he’ll get his green card. Yve has calmed him down over their wedding delay, but now all the other issues they have with each other are coming out. Yve still needs Mohamed to like her friends and her general way of life. So, she invites him to a full-moon fire ritual with the friends that Mohamed says he is dedicated to hating. Once again, I have to admire Mohamed’s honesty. He doesn’t respect Yve’s culture or faith, and he makes that clear. He laughs at their manifestations and rituals. He knows he doesn’t support Yve or her friends, and that’s how we know Mohamed is just here for that green card! Its sad that Yve refuses to see this because she feels she’s put too much time into the relationship.

Yve needs to take a lesson from Shaeeda and get ready to walk away! Shaeeda finally takes on Bilal’s prenup and asks him to add a clause that will allow her to keep full ownership of her yoga business if they get divorced. Bilal isn’t open to this, which is a huge red flag. Bilal gets to keep all his wealth, but he expects a portion of Shaeeda’s business if he helps her fund it. But … Shaeeda left her studio in her home country for him! She wouldn’t be in a position where she needs to restart her business if she hadn’t agreed to come to America to marry Bilal. I’m happy Shaeeda said she’s prepared to walk away because she absolutely should if Bilal doesn’t compromise!

• Kudos to Thais’s father for being honest, at least.

• Emily was very annoying about Kobe’s royal lineage. No, you don’t have a house in Cameroon. If you actually listened to your fiancé, you would hear him saying he walked away from that life.

• Why did Emily even need to order for Kobe?!

• It’s great that Guillermo has a solid support system! It was funny Kara said her bachelorette party was “No Boys Allowed,” and then we immediately saw her gay guy friend show up.

• Jibri’s dad got some bass in his voice again this week and hit hard with the “I feel like you’re acting 15 too!” Yes!! Go plan your wedding, Jibri! Be an adult!

• Bilal, we get it. You don’t believe in romance!

• Patrick really said, “John, come to the garage,” and John came running. That is brotherly love!

Keep up with all the drama of your favorite shows!

By submitting your email, you agree to our Terms and Privacy Notice and to receive email correspondence from us. 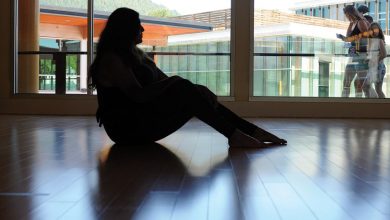 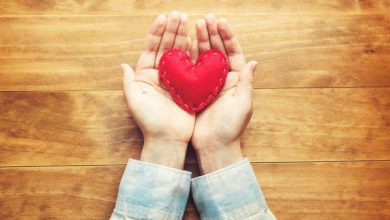 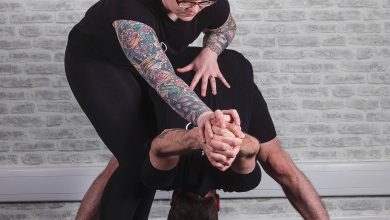