Every weekday the CNBC Investing Club with Jim Cramer holds a “Morning Meeting” livestream at 10:20 am ET. Here’s a recap of Monday’s key moments: Oil’s decline is good news We want confirmation that inflation’s peaked Quick mentions: JNJ, LLY, LIN Disney’s real problem is its balance sheet 1. Oil’s decline is good news Stocks slumped early Monday as investors digested disappointing economic data out of China overnight, along with news that the country’s central bank cut interest rates in a surprise move. Wall Street later turned positive following last week’s strong rally, which was spurred by economic data suggesting that inflation is peaking. West Texas Intermediate crude , the American oil benchmark, also fell about 4% to under $90 per barrel, which is good news for several reasons: First, the tech-heavy Nasdaq tends to move in the opposite direction of oil, so crude’s losses could lend support to technology names, as well as consumer-related stocks. Jim Cramer believes oil’s peak in June was what drove inflation to come down, since gasoline fell as crude prices fell. This, in turn, caused the consumer price index (CPI) to cool in July. Oil’s move lower also suggests that the stock market does not want to stay down, since a decline in crude prices can help push stocks up. Great for the bulls, bad for the bears, said Jim. 2. We want confirmation that inflation’s peaked While last week’s cooler than expected CPI and producer price index (PPI) readings make us optimistic that inflation has peaked, we want confirmation that it won’t skyrocket again if we let our guard down. We want to see at least another month of progress proving that oil’s decline and softer-than-expected key inflation readings from July aren’t flukes. Some things we’re watching to gauge whether inflation has truly peaked are used car prices and rent, as well as health care and food costs. Of course, we are also watching to see if companies across all industries are still experiencing supply chain snarls, as those have put upward pressure on prices. The Federal Reserve may need to keep raising rates until businesses that are exercising supply chain problems begin seeing inventory gluts. “If there’s still supply chain interruptions, then what happens with oil won’t matter, ultimately. You’ve got to get supply chain interruptions slowed down,” Jim said. 3. Quick mentions: JNJ, LLY, LIN We took advantage of Johnson & Johnson’s (JNJ) stock pullback late last week and purchased 50 more shares Monday . We now have 425 shares of J & J, which raises its weighting in the portfolio to 2.28% from 2.02%. We remain bullish on J & J and firm in our belief that the company will see limited exposure to the Zantac litigation that brought drug stocks down last week. We also have some quick takes on two other Club names: We believe that Eli Lilly’s (LLY) new drug Mounjaro — approved for type-2 diabetes and in trials for obesity treatment — is going to be an absolute blockbuster, and we’ re bullish on LLY stock. JPMorgan expects peak sales on an annual basis of $25 billion for the drug, further cementing our faith in the company. BMO Capital wrote on Monday that it expects the passage of the Inflation Reduction Act to help spawn new projects and investments in sustainable hydrogen, carbon capture sequestering, sustainable aviation and more. Because Linde (LIN) has his hands in some of those areas, we believe the bill could help the company, and perhaps the stock, see some benefits. 4. Disney’s real problem is its balance sheet Hedge fund manager Daniel Loeb bought a stake in Club holding Disney (DIS) and urged, in a letter to CEO Bob Chapek, that the company spin off ESPN, among other recommendations. We believe that the issue with Disney is not ESPN, but that Chapek got handed the $71 billion acquisition of Fox’s entertainment business, which took place under former CEO Bob Iger’s tenure. This has hurt the company’s balance sheet without adding much value, Jim said. ” Netflix would have been a better buy. … Blow out the budget, at least blow it out for something that actually would help you.” Overall, the Club has faith in Chapek’s direction for the company and will keep an eye on any updates regarding Loeb’s stake in, and suggestions for, Disney. (Jim Cramer’s Charitable Trust is long DIS, LIN, LLY, JNJ. See here for a full list of the stocks.) As a subscriber to the CNBC Investing Club with Jim Cramer, you will receive a trade alert before Jim makes a trade. Jim waits 45 minutes after sending a trade alert before buying or selling a stock in his charitable trust’s portfolio. If Jim has talked about a stock on CNBC TV, he waits 72 hours after issuing the trade alert before executing the trade. THE ABOVE INVESTING CLUB INFORMATION IS SUBJECT TO OUR TERMS AND CONDITIONS AND PRIVACY POLICY , TOGETHER WITH OUR DISCLAIMER . NO FIDUCIARY OBLIGATION OR DUTY EXISTS, OR IS CREATED, BY VIRTUE OF YOUR RECEIPT OF ANY INFORMATION PROVIDED IN CONNECTION WITH THE INVESTING CLUB. NO SPECIFIC OUTCOME OR PROFIT IS GUARANTEED. 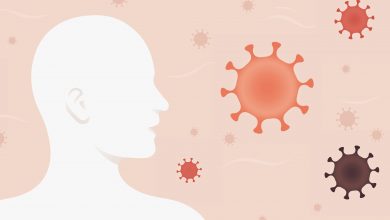 How Better Ventilation Can Help ‘Covid-Proof’ Your Home 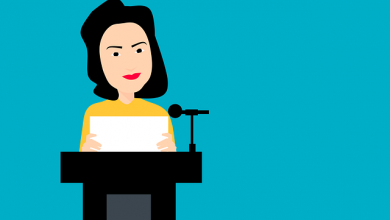 Russia's Aggression in Ukraine and Its Implications 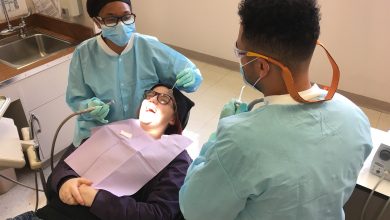 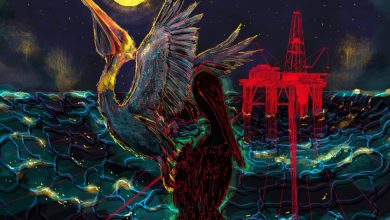 ‘American Diagnosis’: As Climate Crises Batter the Bayou, Houma People Are Being Displaced