Nearly a quarter of a million kindergartners are vulnerable to measles due to a dip in vaccination coverage during the pandemic, according to the Centers for Disease Control and Prevention.

The CDC, in a report published Thursday, found that 93% of kindergartners were up to date with state-required vaccines during the 2021-22 school year, a decline of 2% from 2019-20.

“While this might not sound significant, it means nearly 250,000 kindergartners are potentially not protected against measles,” Dr. Georgina Peacock, head of the CDC’s immunization services division, said during a call with reporters Thursday.

“And we know that measles, mumps and rubella vaccination coverage for kindergartners is the lowest it has been in over a decade,” Peacock said.

The CDC recommends that children by age 6 have the measles, mumps and rubella vaccine as well as the vaccines for diphtheria, tetanus and pertussis; chickenpox, and polio. States generally require those vaccines for children entering kindergarten. The vaccination rate for measles, mumps and rubella was 93.5% during the 2021-22 school year, below the target coverage of 95% to prevent outbreaks.

An ongoing outbreak of measles in Columbus, Ohio, has spread to 83 children, 33 of whom were hospitalized. None of the children have died. The overwhelming majority of the kids, 78, were not vaccinated.

“These outbreaks harm children and cause significant disruptions in their opportunities to learn and grow and thrive,” said Dr. Sean O’Leary, who heads the American Academy of Pediatrics Committee on infectious disease. “This is alarming and it should be a call to action for all of us.”

The CDC report looked at whether the kindergartners had received the second dose of their measles, mumps and rubella vaccine. Two doses are 97% effective at preventing disease and one dose is about 93% effective, according to the CDC.

Measles is a highly contagious virus that spreads when someone coughs or sneezes and contaminates the air, where the virus can linger for up to two hours. It can also spread when a person touches a contaminated surface and then touches their eyes, nose or mouth.

The virus is so contagious that a single person can spread the virus to 90% of people close to them who do not have immunity through vaccination or a previous infection, according to the CDC.

Measles can be dangerous for children younger than 5, adults older than 20, pregnant women, and people with compromised immune systems.

About 1 in 5 unvaccinated people who catch it are hospitalized. About 1 in 20 kids get pneumonia, and one in 1,000 have brain swelling that can cause disabilities. Symptoms begin with a high fever, cough, runny nose and red eyes. White spots appear in the mouth two to three days later, and a rash breaks out on the body.

CDC officials said disruptions to schools and the health-care system during the Covid pandemic are largely responsible for the decline in vaccination rates.

“We know that the pandemic really had a disruption to healthcare systems,” Peacock said. “Part of it is that well-child visits maybe were missed and people are still trying to catch up on those well-child visits.”

“We know that the schools had a lot of things to focus on and in some cases maybe they were not able to gather all that documentation on the vaccinations,” Peacock said. “Or because children were at home for a lot of the pandemic, that may have not been the emphasis while they were focused on testing and doing all those other things related to the pandemic.”

In a separate report published Thursday, the CDC found that coverage for what’s known as the combined seven-vaccine series actually increased slightly among children born in 2018-19 by the time they turned two, compared with kids born in 2016-17.

However, the CDC found that there were major income and racial disparities. Vaccination coverage declined by up to 5% during the pandemic for those living below the poverty level or in rural areas. Black and Hispanic children had lower vaccination rates than white children.

O’Leary said that while misinformation about vaccines is a problem, the vast majority of parents are still getting their kids vaccinated. He said inequality is the bigger issue.

“The things we really need to focus on are addressing access and child poverty,” O’Leary said. 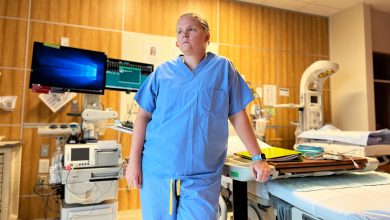 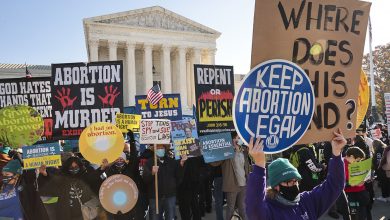 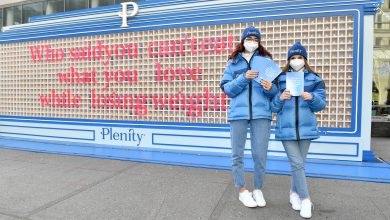 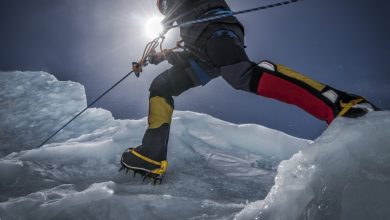