Many young teenagers, especially those from gender minorities, know someone who has attempted suicide. This was found in a study that found that adolescent exposure to suicidal behavior was associated with higher levels of depressed mood.

Kimberly J. Mitchell, PhD, a research fellow at the University of New Hampshire’s Crimes Against Children Research Center, and colleagues evaluated data from 3,979 teenagers, ages 14-15, recruited for Growing up with Media, a national longitudinal survey, between October 2018 and August 2019 . The cohort comprised an over-sample of adolescents with a sexual and gender-specific minority (SGM).

According to the authors, the proportion of respondents with lifetime exposure to suicidal behavior – who know someone who attempted or died by suicide – ranged from a low of 31.5% among heterosexual male cisgender adolescents to a high of 66.1 % at AFAB with gender-specific minorities youth. In addition, all SGM adolescents were significantly more likely to commit suicide in their vicinity than heterosexual male adolescents.

Those who reported suicidal behavior but had less social support ranged from 26.7% in cisgender heterosexual men to 57.5% in AFAB with gender-specific minorities. Although exposure to suicidal behavior among adolescents with high social support ranged from 4.8% for heterosexual cisgender men to 13.9% for AMAB with gender-specific minorities.

“Compared to cisgender heterosexual male adolescents, more adolescents with any different sexual and gender identity reported having recently been depressed,” the authors wrote.

The respondents in the AFAB youth group of the gender-specific minority stated the highest level of depressive moods at 85.7%.

“Although the results need to be repeated, suicide prevention efforts should carefully consider how to build resilience in these adolescents who are themselves at risk for suicidal ideation and other mental health problems,” the authors write. 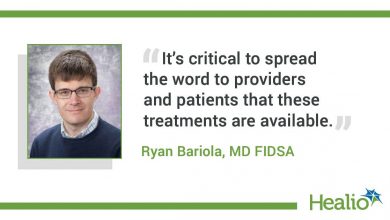 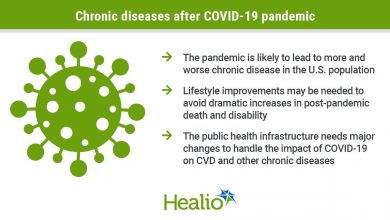 After a pandemic, there can be “an enormous wave of deaths and disabilities” from chronic illness