VM202, a plasmid DNA that expresses 2 isoforms of hepatocyte growth factor, is both safe and effective in providing sustained pain relief in painful diabetic peripheral neuropathy (DPN), according to results from a Phase 3-1b study published in Clinical and Translational Science.

The researchers hypothesized that administration of VM202 would lower the average daily pain scores for diabetic peripheral neuropathy more than for placebo. The primary efficacy endpoint was the average pain score on the numerical rating scale after 24 hours recorded in a daily pain and sleep diary after 3 months.

In both studies, most of the participants were white (74.4% and 80.2%) with a mean age of 61.5 years. Many participants had comorbid conditions, including high blood pressure, dyslipidemia, and obesity.

The demographics and baseline characteristics between groups were similar. At the time of randomization, approximately half of the participants were not receiving either pregabalin or gabapentin to administer DPN.

Adverse events of special interest occurred in 17.2% and 16.8% of the VM202 and placebo patients, respectively. The most common adverse events were diabetic retinopathy, peripheral edema, and skin ulcers. The incidence of these events considered to be related to the study drug was low, with no difference between the groups.

In DPN 3-1b, treatment-related adverse events occurred in 15.4% and 22.2% of the patients treated with VM202 and placebo, respectively. Adverse events of particular concern, including peripheral edema, chest pain, and angina, were observed in 3.1% and 2.8% of VM202 and placebo-treated patients, respectively. One participant in the VM202 group and two in the placebo group reported serious adverse events, but all three participants had relevant medical histories.

In DPN 3-1b, the effectiveness data differed “noticeably” despite the similar demographic and basic characteristics of the participants. Although there was no significant difference in pain severity at baseline, there was a significant reduction in primary efficacy endpoints in the VM202 group after 12 months compared to placebo. Significant pain reductions were also seen at 6 and 9 months, and greater pain reductions were seen in patients who did not take gabapentin or pregabalin during the 12 month study, consistent with results from the Phase 2 study.

The researchers stated, “To the best of our knowledge, this is the first phase 3 gene therapy study for pain that has ever been conducted. VM202 did not meet efficacy endpoints in the entire population, but VM202 demonstrated long-term, clinically significant pain reduction [DPN 3-1b], Especially in [participants] not on gabapentinoids ”

They concluded: “Given the excellent safety profile of VM202, the potential for disease-modifying effects, and the high unmet medical need of the DPN patient population who are not receiving gabapentinoids, further studies are needed.”

Disclosure: This clinical study was supported by Helixmith Inc. For a full list of the author’s disclosures, see the original reference. 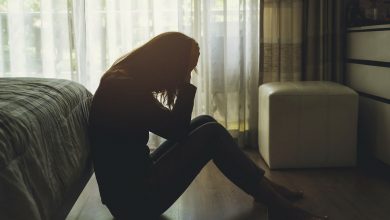 Patients with dystonia have an increased prevalence of suicidal behavior