The nation has worked, eaten and, of course, slept in bed for the past year. In honor of National Bed Month, Hafsa Rahman explains why sleep is good for your health.

There’s nothing like the feeling of slipping into a bed with fresh, crisp sheets after a hard day at Zoom. Absolutely divine.

Sleep plays a central role in life. We spend about a third of our lives sleeping – or try. We can live longer without food than sleep. All animals sleep (including the unicellular organism, the amoeba).

NREM sleep is when muscle activity slows and body temperature drops to lower metabolic rate. In simple terms, these are the stages that lead to deep sleep.

REM sleep occurs after NREM sleep. Have you ever watched a person sleep and noticed that their eyes are constantly moving under their lids? This is REM sleep.

At this stage the body is paralyzed and vivid dreams arise. You know – those crazy roles that put you in a state of embarrassment or confusion when you wake up.

As a graduate neuroscientist, I could sit here and throw enough sleep science at you to put you to sleep. Instead, there are three reasons why sleep is great.

SLEEP IS VITAL FOR COGNITIVE FUNCTIONS

The importance of sleep to cognition – mental activity – is complex, so I’ll keep this simple and focus on memory.

In the last two phases of NREM sleepwhat is known as slow wave sleep occurs. That’s when memories in the context of fact-based information – the “what” you know, like what you had for dinner last night – is consolidated. The memory is reactivated and your brain relives the information so that you can better remember it.

When you dream of things related to the activities of your day or the final thoughts you had before bed, your brain works like an army of elves to make information “stable” and become a memory. It’s like athletes always say, “Practice makes perfect”. Muscle memory is one thing and the brain works like a muscle.

The brain works away too during REM sleepBut at this stage it is the memories associated with the “how” of how we do something – like riding a bike – that are consolidated.

So sleep not only offers physical relaxation, but also helps to build mental strength.

SLEEP IS IMPORTANT FOR HEALTH

Poor sleep, also due to sleep disorders such as sleep apnea, has been linked to many mental health problems such as depression. Sleep deprivation negatively affects mood and emotions. It has even been linked to an increase in the risk of suicide.

About 90 percent of those with depression suffer loudly research.

Maintaining a regular sleep-wake cycle gives our mind and body a chance to sit back and regulate in order to stay healthy and ready for the next day’s challenges.

SLEEP IS VITAL FOR PHYSICAL HEALTH

Have you ever heard the saying “healthy mind, healthy body”? Well it’s true. The sleep deficit can increase the risk of a number of health problems, from a slower metabolism to type II diabetes to heart disease.

Slowing down our metabolism during NREM sleep is critical to restoring our metabolism when it is fully active (during the waking phase). Metabolism is the chemical reaction that occurs in our body, like converting food into energy. Researcher at UCLA found that spending less time in NREM can cause irreparable brain damage.

Alongside this, research has also shown that a shorter sleep cycle means that two important hormones that regulate glucose are not released. This can increase the likelihood of type II diabetes. For example a study in Sweden found that less than five hours of sleep was linked to a higher incidence of diabetes.

Associations have also been made between sleep and mortality from heart disease. A study in GreeceThe risk of death for those who took regular siestas was 37 percent lower. Can we admit that Europeans are actually doing something better than us?

Sleep is important – maybe more than many of us thought.

The next time your friend says one more drink at a club at three in the morning, you have to say, “If you don’t care, buddy, I think I’d rather turn a blind eye.” 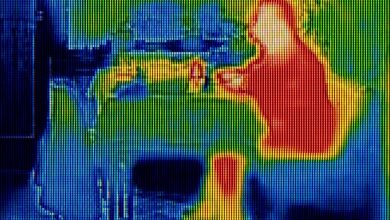 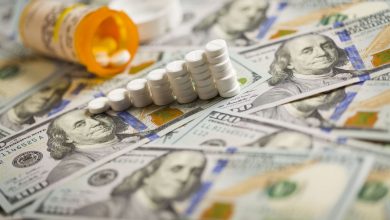 Complications of steroid use for GVHD related to higher health care utilization, costs