A mechanism has been identified that explains how exercise during pregnancy brings metabolic health benefits to the offspring. According to researchers, the key lies in a protein called SOD3, vitamin D, and adequate exercise. The results may form the first steps in developing rational nutrition and exercise programs for pregnancy, especially when mothers may also be overweight or obese.

The study, conducted by authors from the Joslin Diabetes Center at Harvard Medical School and colleagues from Japan, the United States, Canada, and Denmark, was published online by Cell Metabolism.

“We have known for some time that risks for obesity and type 2 diabetes can arise in the critical prenatal developmental phase,” said senior author Laurie Goodyear. “In particular, there is real concern that the rise in obesity in women of childbearing age is transferring the risk of the disease to future generations. It is important to understand that diabetes and obesity rates will only continue to increase if not relieved in years to come.”

Many previous studies have linked increased maternal weight and poor diet to poorer metabolic outcomes in the offspring, often many years later. Understanding the mechanisms by which maternal exercise can reverse these effects could lead to interventions that prevent these diseases from being transmitted across generations, the study authors say.

“The results provide an explanation as to why exercise during pregnancy may have metabolic benefits for the offspring as they age,” Goodyear said. “We show how exercise during pregnancy, combined with adequate vitamin D levels, increases levels of a placenta-derived protein called SOD3 (superoxide dismutase 3), and through a series of intermediate steps, this improves glucose tolerance in offspring.”

The results come from a series of studies with pregnant mice comparing groups that were subjected to voluntary cycling (ie, exercise) and groups that were sedentary. Using various techniques, the authors carefully examined the effects of exercise on parameters such as DNA methylation, cell signaling, and gene expression, particularly those related to glucose metabolism.

In short, they found that SOD3 is an exercise-induced placenta-derived protein that activates a specific signaling pathway that directs DNA demethylation in the livers of offspring, which in turn improves a number of aspects of glucose metabolism in offspring.

They also highlight the critical role of vitamin D as a mediator of SOD3 expression, with their data suggesting that the mother’s diet must have adequate levels of vitamin D to maintain placenta SOD3 levels and, therefore, metabolic health of the To improve offspring. For example, they find that high dietary vitamin levels with no exercise, and indeed the opposite scenario, did not result in an increase in SOD3 – a point of consequence if SOD3 is clinically targeted, they suggest.

Although most of the research focused on mice, the authors also looked at SOD3 levels in pregnant women and found that those who exercised more had higher serum and placental SOD3 levels and were highest in the second trimester of pregnancy seemed to be.

“In terms of clinical application, it appears likely the most efficient way to increase the levels of SOD3 protein through exercise,” said lead author Joji Kusuyama. He added that there may also be clinical interest in using maternal serum levels of SOD3 as a biomarker to assess the benefits of exercise during pregnancy.

“Our data suggests that exercise combined with optimal vitamin D levels could be particularly beneficial in the second trimester of pregnancy,” said Kusuyama. “Although we cannot make a definitive statement about this with the current findings, we are now planning to investigate in detail how diet, type and time of exercise can be optimized with SOD3 measurements in the serum of mothers in order to achieve the greatest possible benefit for the offspring . “

The authors note some limitations to the study, including generalizability for all races and ethnicities, and that there are certain aspects of the signaling pathway that require further investigation. Still, they suggest that their results provide important insights into the role of exercise during pregnancy and the likely dynamic metabolic benefits for offspring.

“This report focuses on SOD3 and the metabolic benefits for offspring of maternal exercise, but there may be other benefits of this protein for other organs of the body. For example, we are currently investigating the effects of maternal exercise and SOD3 on brain function in offspring,” Goodyear said. “We’re also doing more in-depth research on the effects of maternal training on the placenta, as we’ve found that there are a lot of changes in that tissue, and these placental adaptations can have lifelong effects on offspring as well. It’s early days, but we understand what exercise is like and fitness before and during pregnancy work can be the key to better health for future generations. “

When to Train Impacts Males With Sort 2 Diabetes – Harvard Gazette 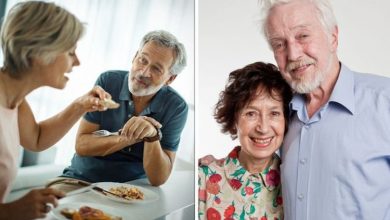 Every little thing it’s essential find out about superfood powders like moringa, bee pollen, and extra …