PICTURE: Duke Appiah, Ph.D., of TTUHSC, and a team of staff recently completed a study to determine whether the presence of excess visceral and pericardial fat resulted in a lower risk of … More

As several studies over the years have shown, women who breastfeed are at lower risk of developing cardiovascular disease and diabetes than women who may or may not do so. However, the mechanisms by which these risks are reduced for breastfeeding women are not yet fully understood.

Duke Appiah, Ph.D., assistant professor of public health at the Health Sciences Center at Texas Tech University and director of the university’s master’s degree in public health, said the presence of excess fat, especially visceral and pericardial fat, may help correct this finding to explain . With this hypothesis, Appiah and a team of researchers recently completed a study entitled “The Association of Lactation Duration with Visceral and Pericardial Fat Volumes in Parous Women: The CARDIA Study”. The Journal of Clinical Endocrinology & Metabolism published the results in its February issue.

Visceral fat, often referred to as active fat, can potentially increase your risk of developing dangerous health problems such as cardiovascular disease, heart attacks, type 2 diabetes, stroke, breast and colon cancer, and Alzheimer’s disease. Although it can build up in the arteries, visceral fat is typically stored in the abdominal cavity near critical organs such as the stomach, liver, and intestines.

Pericardial fat, a deposit of fatty tissue on the outside of the heart, can also affect certain cardiovascular diseases.

Because these fats are related to insulin production and other cardio-metabolic factors, Appiah said a weight change could affect the relationship between breastfeeding and these fats. For example, the visceral fat that builds up around the abdomen also tends to contain adipokines, which are cytokines produced by adipose tissue. Adipokines also secrete hormones that affect muscles’ sensitivity to insulin. As the amount of visceral fat increases, so does competition for insulin binding sites, increasing the risk of insulin resistance or glucose intolerance.

An increase in pericardial fat puts additional stress on the heart and can affect its contractility or beat, which can affect other cardiovascular diseases as well. Although many studies have looked at visceral fat or belly fat and its impact on cardiometabolic health, Appiah said not that much is known about pericardial fat.

“However, there is still enough science to show that the more pericardial fat you have, the more likely you are to develop cardiovascular disease,” Appiah said. “What this really means is that breastfeeding affects weight gain and women who normally breastfeed stop gaining weight, which also affects less fat build-up in the abdomen or around their heart.”

According to Gunderson, previous studies in women in the 30-year CARDIA study have shown that lactation duration is associated with a 50% lower relative risk of type 2 diabetes progression in women, regardless of their metabolic profile and height pregnancy, social factors and their lifestyle behaviors. Breastfeeding can also prevent the future development of cardiovascular disease in women by reversing hypertriglyceridemia during pregnancy by removing excess fatty acids from breast milk production and preventing the lowering of high-density lipoprotein cholesterol after childbirth.

“This lower pericardial fat was only partially mediated by subsequent weight gain, suggesting that there are large systemic metabolic changes that are independent of total obesity,” said Gunderson. “Therefore, lower fat deposits in the heart and other organs could possibly explain the protective benefits of lactation in preventing cardiovascular disease in women.”

To generate data for his research, Appiah used the CARDIA study, which he is also affiliated with. CARDIA, sponsored by the National Institutes of Health of the National Heart Lung and Blood Institute, is a long-term cardiovascular disease study involving more than 5,000 adult black (48%) and white (52%) adult women aged 18 and over Participated through 30 years when the study began in 1985-1986.

As one of the longest and most continuous of its kind, the CARDIA Study has monitored these participants for more than 30 years, helping researchers understand how factors that appear in early adulthood can increase the risk of cardiovascular disease later in life.

“There aren’t many studies that have followed young women throughout their birth years and measured them for all cardiovascular risk factors,” said Appiah. “It also includes cumulative lactation measurements that made CARDIA more unique to this research as not just one episode of breastfeeding is important. We wanted to study the entire reproductive lifespan, and CARDIA was the best study to do that.”

“After considering lifestyle and other risk factors throughout life, the lower visceral and pericardial fat persisted in women with prolonged lactation,” said Gunderson. “This indicates that lactation can have effects that last for many years to midlife.”

After their first inclusion in the study in 1985-1986, women in the CARDIA study update their measurements and other medical history approximately every five years to give investigators a clearer picture of a woman’s total reproductive life. The results show, as Appiah found in his research, that women who breastfed more over the length of their reproductive years gained less weight and tended to have less fat built up around the abdomen or heart.

Appiah said these results support some of the results from the American College of Pediatricians (ACP), which recommends breastfeeding only for the first six months of a child’s life, and then breastfeeding can be mixed with age-appropriate food between six months and twelve months. However, ACP also recommends that women breastfeed for two years or more if they are able to.

“Now we’re showing that more breastfeeding is actually good for a woman’s health and can help prevent cardiovascular disease,” added Appiah. “This study provides more evidence for some of the recommendations that were made earlier.”

Appiah said there are other lactation-related issues his team is investigating, including how lactation affects cytokines and other hormones.

“We know these fats produce adipokines and other cytokines that are linked to plaque build-up in the arteries,” said Appiah. “Therefore, we would like to investigate how these cytokines can be influenced by lactation. We also want to investigate how lactation can affect left ventricular structure and function independently of pericardial fat. These are the next steps for this project.”

5 Greatest Good Scales 2021: Monitor Your Well being and Weight with These Good Tech Scales 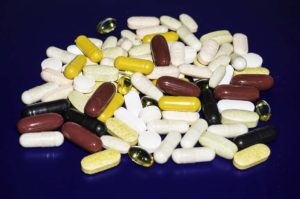 Choosing the right nutritional supplements is important to your health