Serious bleeding complications appear to be common in critically ill patients with pneumonia caused by the COVID-19 virus who are administered anticoagulants for thromboprophylaxis. This comes from the results of a new study published in the Journal of Thrombosis and Thrombolysis.

The results highlighted the need to carefully monitor inflammatory biomarkers and anticoagulant dosage as a period of high risk of thrombosis characterized by early hyperinflammation and endothelial dysfunction in order to avoid bleeding events.

Researchers performed a retrospective chart review of all adult patients with COVID-19 pneumonia who required mechanical ventilation and who were admitted to their facility’s intensive care unit between March 20, 2020 and April 14, 2020.

They examined major bleeding and thrombotic events and their relationship to inflammation and thromboprophylaxis, and assessed the anticoagulation status and the results of the coagulation tests.

The researchers found that the fibrinogen concentration always decreased a median of 4 days before bleeding (IQR, 3–5), with D-dimers following the same trend.

In patients receiving therapeutic anticoagulation, more patients overdose occurred after fibrinogen decreased (78%) than while it was increased (22%; P <0.05). An overdose of anticoagulants occurred a median of 7.5 days (IQR, 3.5–9.25) after the fibrinogen peak. All patients with bleeding events were still being treated with anticoagulants on the day of the bleeding, and in 60% of the patients with bleeding events the anticoagulation was overdosed on the day or the day before the bleeding.

exposed [the patient] to over-therapeutic anticoagulation levels, ”wrote the study’s authors. “Intensivists can modulate the thromboprophylaxis strategy according to inflammatory biomarkers, especially fibrinogen. If fibrinogen is repeatedly decreased, anti-Xa activity should also be checked to adjust the heparin dosage. ”

Further research is needed to determine the end of the high risk of COVID-19 period and the appropriate dose of thromboprophylaxis as the disease progresses.

Information: Some authors have declared that they belong to the pharmaceutical industry or have received funding from it. For a full list of information, see the original study.

One other examine experiences persistent signs in COVID-19 survivors 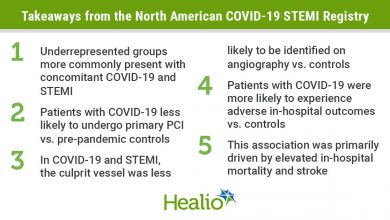 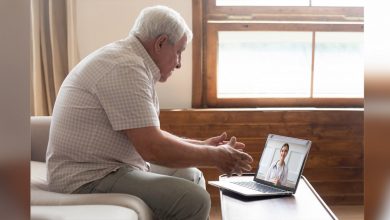 The Mayo Clinic study underscores the potential value of RABI-767