“Our study offers a unique opportunity to evaluate the serotype-specific direct efficacy of PCV7 and PCV13 against otitis media (OM) in young children, ”Ron Dagan, MD, Professor of Pediatrics and Infectious Diseases at Ben Gurion University of the Negev in Beer-Sheva, Israel, and colleagues wrote.

“While results with PCV7 are consistent with the pre-censorship efficacy study, no efficacy data against OM are available for PCV13,” they write. “The results provide an insight into the level of direct protection these PCVs provide after implementation.”

Dagan and colleagues examined the vaccine effectiveness of the PCV7 and PCV13 vaccines against various OM serotypes. They recruited a total of 1,593 children, ages 5 to 35 months, of whom 223 had OM and 1,370 were part of a control group. The researchers conducted their study between October 2009 and July 2013.

“With multiple analyzes, the case numbers were relatively small, resulting in large confidence intervals, which often made it difficult to draw conclusions for multiple subgroups,” the researchers wrote. “Still, this large study adds very valuable information to the limitations.”

This study examined the effectiveness of conjugated pneumococcal vaccines (PCV7 and / or PCV13) against pneumococcal OM in practice. The researchers found that the vaccines were effective in preventing “complex” OM (i.e., recurrent OM that was unresponsive to antimicrobial treatment, where pus was drained spontaneously, or which occurred chronically with an effusion) due to types in the EU Vaccinations were about 60% to 75% effective. These estimates are after adjusting for differences between pneumococcal OM cases and controls. This study is useful as it is the first to directly evaluate the efficacy of PCVs against vaccine-type OM in concurrent controls. One limitation of the study is that children with uncomplicated acute OM were not included. Such children would be difficult to include because tympanic centesis, which would be required in order for the child to undergo culture restoration, is not routinely indicated for these children. It is also likely that these results can be carried over to the larger population of children with uncomplicated acute OM. The study only documents the effectiveness of the vaccine and is consistent with the changing epidemiology of acute OM.

Member of the editorial team for infectious diseases

Professor of Pediatrics and Epidemiology

Disclosure: Shapiro reports that he has received honoraria from Pfizer, the manufacturer of PCV in the United States, for attending a conference unrelated to pneumococcal vaccines. 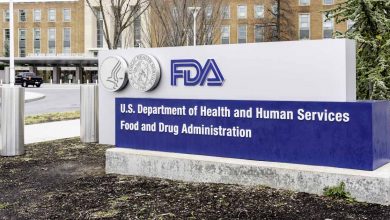 The FDA approves the self-injectable formulation of Xolair