Among the numerous non-motor symptoms that affect patients with Parkinson’s Disease (PD), chronic pain has become an increasingly important topic in recent years. In studies examining the prevalence of Parkinson’s pain, the numbers ranged from 30% to 85% due to differences between studies in factors such as diagnostic criteria, sample sizes, and assessment methods used .1

In a study examining analgesics as an indicator of pain, the prevalence of chronic pain in Parkinson’s disease was 33%, compared with 20% in the general population. In addition, antidepressants and anti-epileptic drugs were prescribed more frequently to PD patients compared to the general population, as well as to patients with osteoarthritis and diabetes, possibly due to medical diagnosis and subsequent treatment of neuropathic pain in PD patients

In an article published in Revue Neurologique in October 2020, Marques and Brefel-Courbon examined the available literature on various aspects of Parkinson’s pain. The main points of the review are discussed below. 1

Impact on quality of life

Studies suggest that the main factors predicting the development of pain in Parkinson’s are female gender, motor complications, dyskinesia, postural disorders, and depression. Some research shows that Parkinson’s disease pain may also be linked to younger age and early stage disease, while other studies have provided evidence to the contrary. These contradicting results regarding the relationship between PD stage and pain “could be related to different pain subtypes occurring at different times during the course of PD,” the review authors wrote

According to a well-known model, there are 5 subtypes of pain in Parkinson’s disease, including musculoskeletal pain, radicular or neuropathic pain, dystonia-related pain, primary or central pain, and pain due to akathisia.2 Many patients suffer from more than one of these pain subtypes – in a study with For example, almost half of 100 PD patients had experienced two or more types of pain in the previous week

Marques and Brefel-Courbon point out the important clinical implications of these observations, since each type of pain described requires different approaches to treatment, which may include acetaminophen, NSAIDs, dopaminergic agents, antidepressants, opioids, physical therapies, and deep brain stimulation, among others. 1,4 However, there is a need to further clarify the definitions and distinctions between the pain subtypes in Parkinson’s disease in order to improve the management of these patients.

Classification of pain in PD

Limitations have been identified for each of the proposed Parkinson’s pain classification systems, most often related to unclear definitions and lack of specificity for different types of pain. For Parkinson’s Central Pain (PCP), the most severe and poorly characterized type, the current authors and colleagues recently proposed standardizing this diagnosis through an exclusion process based on the classification of pain as nociceptive, neuropathic, or nociplastic pain (similar to the Classification of chronic pain in the general population) and specific or non-specific for PD. 5

They developed an algorithm that aims to “untangle PCP from other chronic Parkinson’s pain subtypes by specifically and sequentially excluding what is not PCP,” they explained.1 “Better classification of Parkinson’s pain is critical to the Homogenize Populations in Parkinson’s Disease Studies aimed at improving our understanding of the pathophysiological mechanisms of pain in Parkinson’s disease. ”

Numerous studies have shown abnormal pain processing in Parkinson’s disease – including reduced thresholds for perceiving pain – likely to originate primarily from the central nervous system. In research using functional imaging to compare patients with PD with those without pain, the results showed preferential recruitment of the medial affective pathway in patients with pain, while patients without pain showed greater activation in the lateral discriminative nociceptive areas.6 This study found also that levodopa decreased nociceptive cognition in PD patients regardless of pain status.

The imaging results suggest that Parkinson’s disease pain is due to an imbalance between the discriminatory and affective systems, according to Marques and Brefel-Courbon.1 These observations are in line with other studies that used structural and functional magnetic resonance imaging who were found to have thinning and function, changes in multiple nociceptive brain regions in PD patients with pain compared to patients without pain.

Taken together, these results indicate pain-specific regional brain modifications in PD patients with chronic pain. In PD patients with pain, pain-related overactivation of nociceptive areas was found on functional MRI – with and without prior exposure to dopaminergic drugs.1 Overall, the “role of the dopaminergic system in the pathophysiology of pain remains an open question”. The authors stated, that several neurotransmitters such as dopamine, norepinephrine, serotonin, and opioid may be involved in abnormal pain processing in Parkinson’s disease. Much additional research is needed to clarify these and other questions related to the role and nature of pain in Parkinson’s disease. 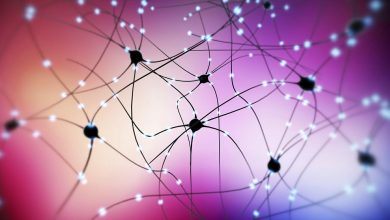 Comparing the effectiveness and cost of levetiracetam and valproate in epilepsy 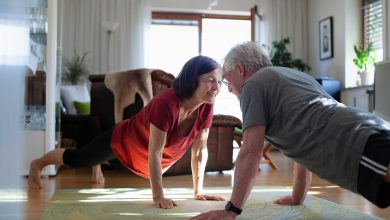 Web-based intervention for sleep in adults with gentle cognitive impairment