Metabolites found in sebum can be used to identify potential biomarkers for Parkinson’s disease (PD). This is evident from a study recently published in Nature Communications.

There is no pre-clinical diagnostic test for PD. Non-motor symptoms such as sleep and mood disorders precede motor symptoms by up to 20 years. One of these non-motor symptoms is seborrheic dermatitis, or oily skin that produces an abundance of sebum. The researchers hypothesized that the substance would provide evidence of Parkinson’s disease.

The researchers used liquid chromatography-mass spectrometry (LC-MS) to “separate and detect lipid-like species and small molecules in sebum”. The researchers then used data-driven approaches to look for biomarkers for PD.

The researchers analyzed sebum from 274 participants: 138 with Parkinson’s medication, 80 with the disease but without medication, and 56 control subjects.

The researchers found that the sebum concentration was different in the PD participants compared to the control group.

“The overlap of ten metabolites from separate statistical analyzes for drug naive PD and drug PD reinforces the evidence that these compounds are associated with PD and not with dopaminergic drugs,” the researchers explained. “This is further aided by the identification of common pathways between the two PD classes that are vastly enriched.”

Controversy: Defending Folks Who Use Medicine Throughout COVID-19

Opioid Prescriptions For Migraines In ED? More future use of health resources 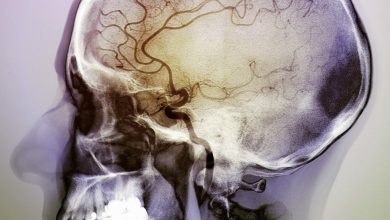