Overnight pulse oximetry can be helpful to assess the effectiveness of therapy and to aid in titration of hypoglossal nerve stimulation (HNS) after activation in patients with moderate to severe obstructive sleep apnea (OSA). This emerges from a case series analysis published in the Journal of Clinical Sleep Medicine.

The first patient in this case series was a 62-year-old man with a severe residual OSA history. The patient began to measure oximetry overnight with wireless pulse oximetry after HNS implantation but before device activation. Even at low settings, the O2 parameters could be improved immediately. The patient’s self-reported response was rated “excellent”. Attending physicians switched to an effective home sleep apnea test (eHSAT) rather than the planned titration polysomnogram (tPSG), which was excluded from the pandemic. There was a robust objective response to the eHSAT, prompting attending physicians to indefinitely delay tPSG.

A 70-year-old woman with asthma and severe OSA was also included in this case series. This patient received an HNS implant after demonstrating tongue-based obstruction on drug-induced sleep endoscopy. The patient then chose to have the oximetry recorded overnight when she started the ENT treatment. According to the study’s investigators, there was a “robust self-reporting and oximetry response.” The researchers observed an excellent objective response even after starting an eHSAT. The attending physicians also decided to delay the tPSG due to the clear effectiveness of the HNS.

Another case involved a 58-year-old man with moderate OSA without hypoxemia but with multi-stage collapse. The patient opted for an HNS even though the oropharyngeal wall had completely collapsed. After learning of the previous patient’s success with nocturnal oximetry, the patient opted for this approach at the beginning of the ENT. There was an “excellent” self-reported response to overnight oximetry, but the oximetry data were reportedly mixed. The patient’s discomfort with the procedure precluded its continuation beyond the fourth shot; However, he continued to report his satisfaction with his improvement in excessive daytime sleepiness. Doctors started an eHSAT that improved the patient’s condition to mild OSA.

The main limitation of this study was the inclusion of only 3 cases, which may limit generalizability in a larger patient population. Additional limitations are the inherent underestimation of OSA severity and the fact that the interpreting physician could not have known for sure when therapy was interrupted or expired.

The study researchers concluded that “the addition of pulse oximetry to self-reported improvements during home HNS titration appears to be of value” and the implications of the study’s results “a positive patient reinforcement, identification of willingness for tPSG, and possibly the direct approach to include eHSAT. ” 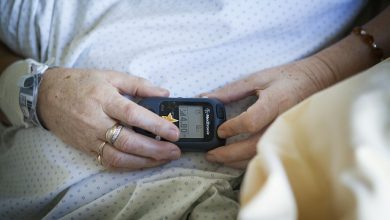 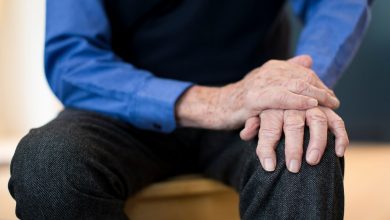 The PD-PCS: A New Approach to Classifying Pain in Patients with Parkinson’s Disease