It is well-known that the pre-clinical state of disorders, including obesity, hypertension, dyslipidemia, hyperglycemia, and hyperuricemia, is a serious risk factor for developing various diseases, such as cardiovascular disease, stroke, and type 2 diabetes mellitus. Moreover, as represented by the metabolic syndrome, cluster of these disorders would be a more serious risk for these diseases than a single disorder.1–3 Recently, several studies reported the relationship between these diseases and Klotho (Kl).4–6

Kl was originally discovered as an anti-aging gene, Klotho. Klotho mutant mice have short life spans and exhibit multiple aging phenotypes, including skin atrophy, ectopic calcification, osteoporosis, atherosclerosis, and pulmonary emphysema. The gene encodes a single-pass transmembrane protein αKl, which is primarily expressed in the distal tubule of kidneys, parathyroid gland, and choroid plexus.7,8 αKl regulates mineral metabolism and has an anti-inflammatory effect.9 A soluble form of αKl, which is produced by shedding the transmembrane form, is detected in serum.10 Serum levels of soluble αKl (sαKl) show several protective effects and is reported to relate with inflammatory cytokines.11,12

sαKl levels are reduced in some diseases, including type 2 diabetes mellitus and coronary artery disease.6,15 However, the association of sαKl with pre-clinical disorders has not been well studied. Assessing the development of disorders is important to prevent diseases and disease progression. Thus, in the present study, we evaluated the role of sαKl in preventing disease progression by assessing the association of serum levels of sαKl with several pre-clinical disorders.

This study was designed as a prospective cohort study of employees at the Osaka University. The subjects were individuals who underwent an annual health checkup in the Osaka University Health and Counseling Center during the entry period between April 2005 and March 2008. The inclusion criteria for this study were as follows: (1) male subjects, (2) ages of 40 and 60 years, (3) with no underlying disease. Information on their medical history, current treatments, and smoking status was obtained via questionnaires. From 874 individuals who met the inclusion criteria, 88 subjects were randomly selected for the study. Among the 88 subjects, eight were excluded because of no follow-up between their baseline visit and March 2018. The final study cohort consisted of 80 men with at least one follow-up visit (Figure 1). This study was carried out in accordance with the Declaration of Helsinki and the ethics guidelines for clinical research from the Ministry of Health, Labour and Welfare and the Ministry of Education, Culture, Sports, Science and Technology. All experimental protocols in this study were approved by the Ethics Committee of Health and Counseling Center, Osaka University and written informed consent was obtained from all subjects prior to participation in the study.

Serum was collected from subjects between 9 and 11 AM after an overnight fast and kept at ≤ –20°C until assayed. Serum concentrations of creatinine (Cr), uric acid (UA), triglycerides (TG), low-density lipoprotein-cholesterol (LDL-C), fasting plasma glucose (FPG), and sαKl were measured as biochemical parameters. Serum levels of sαKl were measured with a sandwich enzyme-linked immunoassay system according to the manufacturer’s instructions (Immuno-Biological Laboratories, Takasaki, Japan).

Each pre-clinical disorder category was assessed to all study subjects. When assessing each disorder, we excluded subjects whose baseline data exceeded the values defined above. Therefore, among the 80 subjects, overweight: 20, abdominal obesity: 32, high blood pressure: 29, high Cr level: 7, high UA level: 7, hypertriglyceridemia: 17, hyper-LDL cholesterolemia: 24, and high FPG level: 10 subjects were excluded regarding each pre-clinical disorder assessment. The onset of each disorder was defined as the time when values measured at the follow-up visit exceeded the defined values or those at the initiation of treatment for the disorder. Hypertension, hypertriglyceridemia, and high FPG were used as factors for evaluating multiple pre-clinical disorders.

All statistical analyses were performed using STATA 14 (STATA Corp LLC, College Station, TX, USA). The distribution of continuous variables was tested by the Shapiro–Wilk test. Normally distributed variables are presented as means ± standard deviation; non-normally distributed variables are reported as medians with the interquartile range. Student’s t-test, Mann–Whitney U-test, or chi-squared test were used to compare the difference between the two groups. Multivariable logistic regression analysis was performed to evaluate the predictive risk factors for pre-clinical disorders progression. Variables were entered into the multivariable model using forward selection (p < 0.2 included). To compare the predictive risk factors, we constructed the Receiver operator characteristic (ROC) curves and determined their area under the curve (AUC).21 For multi-group comparisons, Dunnett’s test was used to compare groups and the nptrend command of STATA software was used for the trend test. Statistical significance was set at P < 0.05.

As shown in Table 1, we confirmed that there were no significant differences in baseline characteristics between the study subjects (n = 80) and individuals who met the inclusion criteria (n = 874). The mean duration of follow-up of the study subjects was 6.3 ± 3.1 years. The median age at the time of enrollment was 48 (42−52) years. The mean serum level of sαKl was 500 ± 172 pg/mL.

During their follow-up period, 20 subjects were diagnosed with some diseases; including hypertension, dyslipidemia, type 2 diabetes mellitus, hyperuricemia, and cardiac disease. We evaluate the difference of sαKl levels in subjects with diseases (539 ± 262 pg/mL) between the subjects without diseases (509 ± 166 pg/mL) and confirmed that there was no significant difference (p = 0.64).

Moreover, we divided the study subjects into two groups according to the sαKl levels and compared the frequency of developing a high FPG level in the low (310 ± 76 pg/mL) and high (609 ± 112 pg/mL) sαKl groups. Individuals in the low sαKl group were significantly more likely to develop a high FPG level than those in the high sαKl group (χ2 (1) = 8.34, p = 0.0004).

These results suggest that decreased serum levels of sαKl would be a predictive factor for the progression of hyperglycemia.

Association of sαKl Levels with Disorders in Never-Smokers

Serum Levels of sαKl in Subjects with Multiple Disorders

The number of people developing pre-clinical states of disorders, such as hypertension, dyslipidemia, and hyperglycemia, is increasing in modern society. Since the morbidity and mortality of diseases caused by these disorders are still high,22 assessing their progression is important. The present study identified a relationship between sαKl levels and the progression of pre-clinical disorders.

αKl functions as a co-receptor for fibroblast growth factor 23 and has a central role in maintaining phosphate homeostasis.23 As αKl influences adipose cell maturation and glucose metabolism, αKl is regarded to have an essential role in whole-body energy metabolism.24 Furthermore, serum levels of sαKl decrease in obese, chronic kidney disease, and diabetic patients.6,25,26

We used BMI and WC as pre-clinical disorder assessment for overweight and abdominal obesity, respectively. The relationship between sαKl levels and WC showed the same tendency as other disorders; however, BMI showed a different tendency. Since WC relates strongly to visceral fat accumulation, WC might associate with other disorders more strongly than BMI.27,28

We previously reported that serum levels of sαKl were upregulated by smoking and psychological stress in healthy subjects.13,14 As αKl levels are reported to be reduced in patients with chronic obstructive pulmonary disease and depressive symptoms; diseases which are caused by smoking and psychological stress, respectively,29,30 increased serum levels of sαKl may be a protective response to prevent disease progression. sαKl levels in never-smoker subjects progressing to hypertension tended to be lower than in subjects without such progression. Moreover, in the never-smoker group, there was a larger difference of sαKl levels in those progressing to a high FPG level than in the entire subjects. Excluding the influence of smoking, the difference of sαKl levels between the subjects with and without progression of pre-clinical disorders was more obvious.

αKl has several protective effects. For example, αKl regulates vascular function by improving endothelial dysfunction. It is reported that delivery of the Klotho gene decreased blood pressure and reduced medial hypertrophy of the aorta, and perivascular fibrosis of the coronary artery, in an animal model that displayed multiple atherogenic risk factors.31 Moreover, αKl exerts an anti-inflammatory effect by suppressing the TNF-α-induced expression of adhesion molecules, NF-kB activation, and RIG-I-mediated activation of IL-6 and IL-8.9,32 In addition, serum levels of sαKl revealed to have protective effects by suppressing cellular apoptosis, oxidative damage, and associating with pro-inflammatory status.11,12 We previously demonstrated that serum levels of sαKl were related with IL-6 levels, and that increased sαKl levels could be a compensatory response to inflammatory stress.13 Considering these protective aspects of αKl and sαKl levels, it is quite possible that increased sαKl levels would prevent the progression of various disorders and disease.

This study has some limitations. Since the study was exploratory research to find a new predictive marker for the pre-clinical disorder, the sample size was set in small size. Even though the sample size was small, we could detect a statistically significant effect of sαKl. We are willing to confirm the result in a lager sample size in our further study. Another limitation is that all subjects were recruited from a single center. To confirm the effect of sαKl, a multicenter study is preferable in the future study.

This work was supported by JSPS KAKENHI (Grant Number JP18K17923).

The authors report no conflicts of interest in this work. 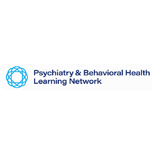 Pure charging of the metabolism – a mix of food plan, train and Meticore