A new study by scientists from the University of Zurich has shown that moderate consumption of fructose and sucrose can dramatically increase fat production in the liver. Research also suggests that these sugar-induced changes in fat metabolism can persist for long periods of time.

Previous research has shown that fructose in particular can impair the liver’s ability to burn fat effectively. Diets high in fructose are known to damage the mitochondria and shift the liver from burning fat to storing it.

The new study looked at whether the same metabolic disorders were triggered by moderate amounts of sugar in a diet. Around one hundred healthy young subjects were recruited and divided into three groups plus a control group. Each sugar group consumed one drink per day with 80 grams of fructose, glucose or sucrose. For reference, that’s roughly the amount of sugar in two cans of Cola.

“The body’s own fat production in the liver was twice as high in the fructose group as in the glucose group or the control group – and this was still the case more than twelve hours after the last meal or sugar consumption,” says Philipp Gerber. lead researcher on the study.

Importantly, the results showed that sucrose increased fat production in the liver to the same level as fructose. Previous studies had shown that only fructose is said to have this negative effect on liver fat metabolism.

Gerber notes that these results suggest that relatively small amounts of sugars added to a diet can induce adverse metabolic effects. And these effects lasted longer than previously thought.

“80 grams of sugar a day, which corresponds to around 0.8 liters of a normal soft drink, increases fat production in the liver,” says Gerber. “And the overactive fat production lasts longer, even if no more sugar is consumed.”

Ultimately, the researchers suggest that these results are a powerful reminder to limit the amount of sugar added in your daily diet. The American Heart Foundation currently recommends that men consume no more than 37.5 grams of sugar per day and women no more than 25 grams.

The new study was published in the Journal of Hematology. 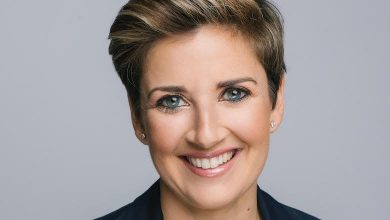